The easiest way to create beats and unique music with an amazing drum machine app in no time! Beat Maker Pro, your new favorite app to make music and perform tracks like a pro! Super easy. Super fun. Play with thousands of sounds and get tutorials for quicker learning! *NEW sound packs added every week* *pro beat maker *all musical genres: EDM, pop, funk, electro...and more *colorful design *thousands songs with lessons *HD audio quality *easy-to-use ------------------------ Subscription information - Subscribe for unlimited access to our Premium sound packs catalog - Weekly ($7.99) & yearly ($40.99)* - Free trial subscription is automatically renewed unless cancelled 24 hours before the renewal - Payment will be charged to iTunes Account at confirmation of purchase - Account will be charged for renewal within 24-hours prior to the end of the current period, at the same price - Subscriptions may be managed by the user and auto-renewal may be turned off by going to the user’s Account Settings after purchase - Any unused portion of a free trial period, if offered, will be forfeited when the user purchases a subscription to that publication, where applicable Privacy Policy & Terms of Service: http://musicworldmedia.com/products/drum-pad/tos *Price are equal to the value that "Apple's App Store Matrix" determines is the equivalent of the subscription price in $USD. Have any question or suggestion regarding the app? Our support team is ready to help at support-drumpad@mwmapps.com. 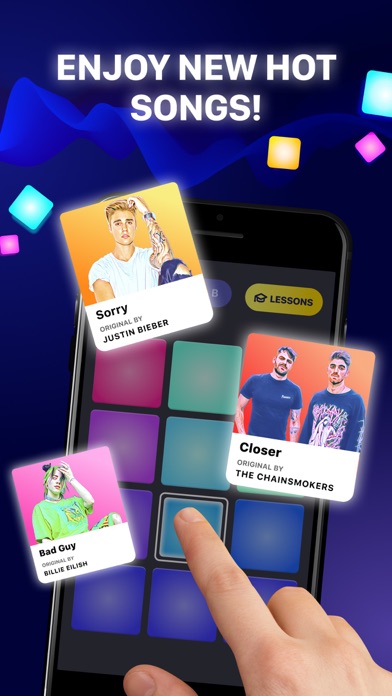 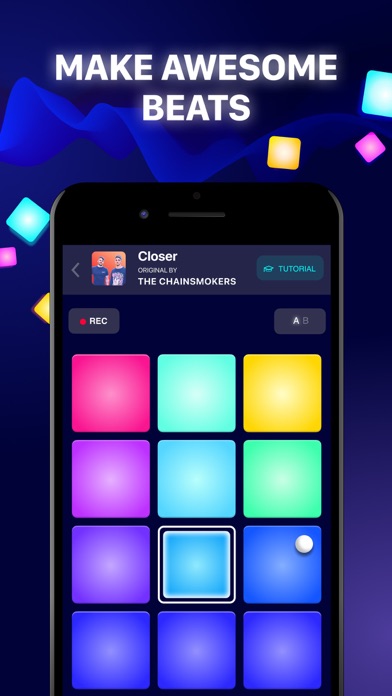 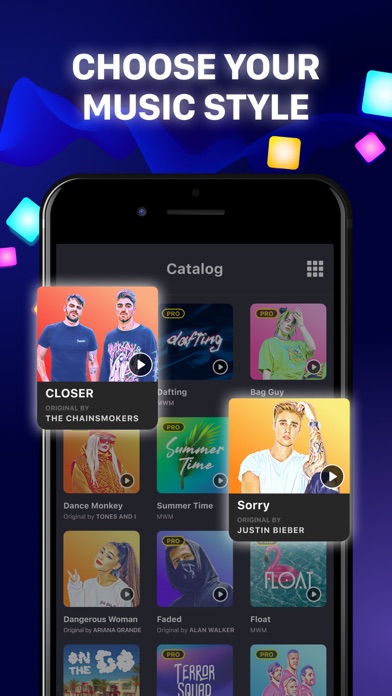 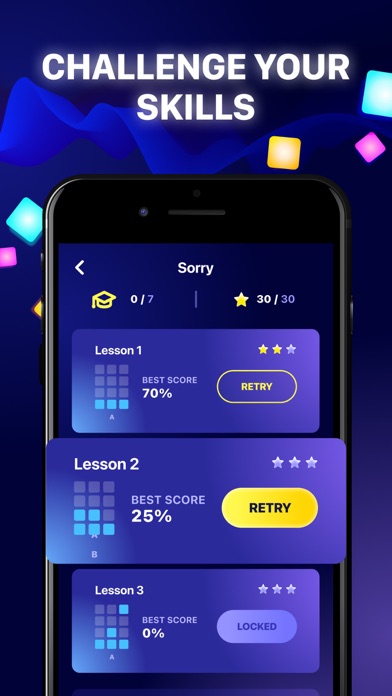 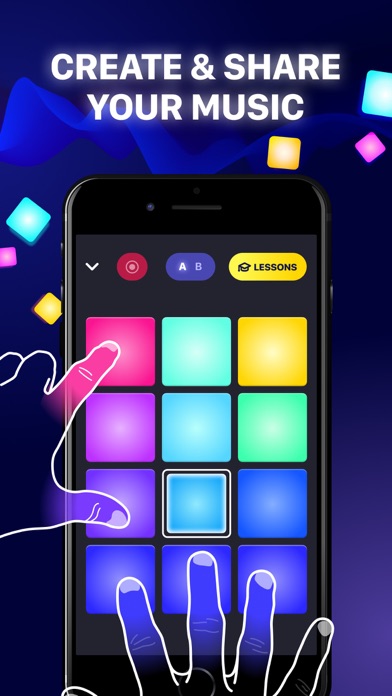 It’s the funnest game ever but if u can learn how to play Elle kings songs and the song stunk that would be awesome and I play this a lot now and I am trying to do a intro I’m 10 but who says I can’t practice!
By JenAaron

It’s a good app but only 2 free songs

It is a good app and fun to learn the songs. However there are only 2 songs to learn without paying and an add after every lesson which is only 2 seconds. I mean come on. Only 2 songs? Every other song you have to pay for. Even if people did pay there aren’t very meny options. And oh boy the amount of adds. I wouldn’t mind if it was every other lesson but no. After ever lesson, which are pretty short, there is an annoying add that pops up. I understand the upgrade thing but atleast add more free songs. Make the adds more separated like evey other lesson instead of putting in as meny as you can. Good app but you tried getting as much money as you can to the point where it feels like the upgrade is forced on you. Good idea just poor execution
By Logan G. Parker

I’m gonna start off easy on this. The game was great! I did the lessons and they really helped. I’m glad they were there because I memorized the song and I had fun doing it over a few but after a little while, it got really boring. When I said I memorized THE song, I meant the only song. You have so much to choose from but only one is free. I don’t think anyone is gonna pay money for some stupid game they’re just gonna delete in the end. There was also WAY to many adds. They’re also just the same adds. There’s not much you can do in the game. I don’t think this game should be marked as free if you have to pay to play anything different from one song. I understand that that free song is supposed to make you wanna buy the premium but it’s just so boring and this isn’t the first game made by this company that the same problems. I think there should be a game that’s all free and if you like it, you can pay for a different game that has better songs and is better in general. In conclusion, don’t download it unless you are willing to pay.
By Gamer6754321

It’s great but where is the Billie Jean beat?
By Covenant Hunter

I used to love this game. It was the only game I used to play out of 20 other games I have. Until the update. The game now drives me CRAZY. I have ADHD, which doesn’t help at all. Can you please change the game back to where it was please🥺. Honestly, not a bad game. Just needs a few fixes.
By beatboxpro

This app is a scam I couldn’t even do one thing without it asking me to pay for beats, I’d rather make beat with my water bottle then play this trash.
By good doggie boy

My sis decided to download this app and when I did it took me to a game that was not even what it was!
By Alsana nickname