Amazing Frog? is a kind of bonkers game stuffed with a bunch of physics sandbox fun, all set in the glorious UK town of Swindon and its twin town on the Moon.   Fly out of cannons, bounce off trampolines and for the more conventional... drive cars or jetskis. Unlock items, outfits, collect cats? and sorts of weird stuff. Clean up the Town for Swindon Citizen Points Unlock the grapple hook Brave the Sewer zombie outbreaks So many costumes to find. Cats and Trophies. Unlock the Swindon Space Program and Discover the Magical Mystery Toilet. Visit the MOON Take a trip to Fart gyms Lock up the criminals or flush them down the toilet.. watch out for the sea life it has got some bite to it. Ride the Megladon....(actually careful now) Ants? Lazers? Missile launchers? Grapple Hooks? Balloons? buses? and the rest its Amazing Frog? pocket edition - from Gaz n Hal at Fayju x 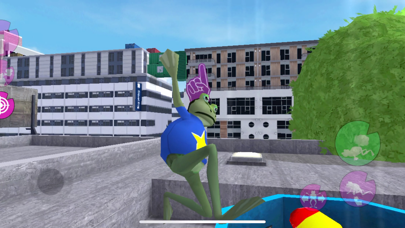 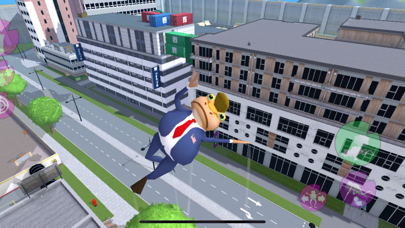 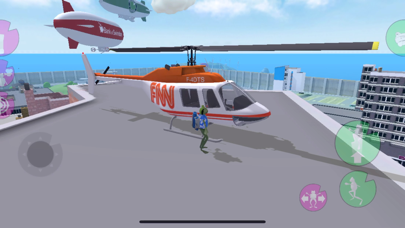 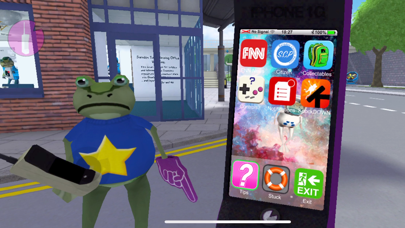 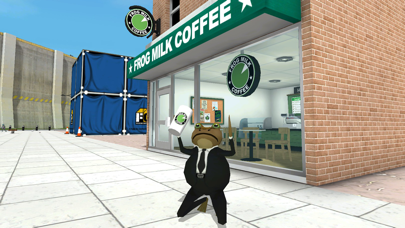 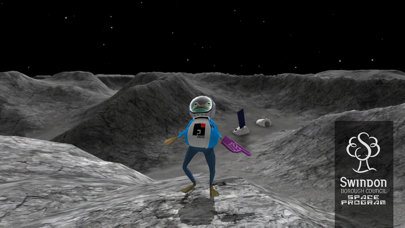 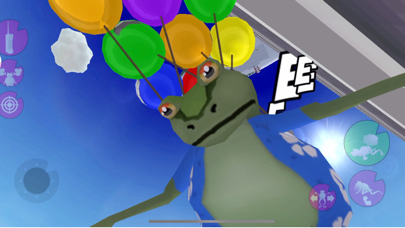 I have this idea that you guys add the power rangers they could be on a secreat cave to get the skins.
By Logjem

please add people at Swindon on the sea

Keeps crashing when leaving the hideout..want my money back
By @therealxav

Make the game the ew version like on computer
By Username!?!

This is not fair

I never write reviews, but my son loves this game and is wanting me to suggest certain features that could possibly be added to the game. 😉😍Here is his list: 1. He wants SWAT to be an available job. 2. He wishes that the frog 🐸 could hold both a shield 🛡 and a pistol 🔫 at the same time. 3. He wants there to be a bank 🏦 that other frogs could rob and the screen would say “911” and the main frog would go to the bank. 4. He wishes the robbers had pistols. Thanks for listening to our suggestions!
By iloveamazinfrog

My sons (E & K) are loving this game and they have a few suggestions they would like to give to the developers. Bear with me here... They would like to see: A giant dog that you can ride with a big animal battle arena, a TMNT box that would take you into their lair, a portal to the human world (where you turn into a human), the ability to get hired as a builder, a costume search in the toilet, touch mode multiplayer, a scanner that moves your character with your Face ID and whole body, a Star Wars box that lets you do what you can do in Star Wars, A Minecraft themed box (pixelated?), some dinosaurs, A space box that lets you go to other planets, guinea pigs, poisonous water, frog milk coffee cups, and maybe another town that you can build. Interpret these however you would like. They also want to go to Swindon, even though I’m pretty sure it’s just a regular town.
By _joshnava