The Escapists 2 is a hilariously thrilling, sandbox strategy experience that issues the not-so-simple challenge of escaping from prison. Create your own con with hundreds of customisation options, go it alone or conspire with up to 3 of your friends to create the ultimate escape with local multiplayer! Download The Escapists 2: Pocket Breakout today…It would be a crime not to! Key Features: Addictive prison simulation game with all new features! 13 handpicked prisons filled with indie sandbox madness! Buy, barter and beat your way to acquiring the much-needed items to create dozens of crafting combinations to aid your escape! Blend in to bust out, prison life is filled with routine, make sure you attend role call, clock in for you job and remain under the radar. You’ve got time, so spend it well! Train your mind at the library and your body at the gym to give you the brains and brawn to breakout! With the revamped combat system, you’ll be chaining and blocking attacks to deliver an epic breakout beatdown. Put the craft in crafty! Traverse through prison life, forge friendships, pull the wool over guard’s the eyes or out-right bribe them! 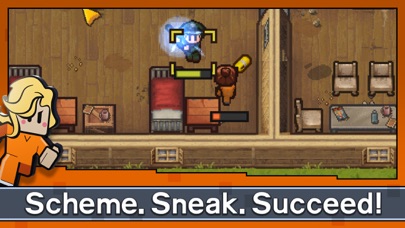 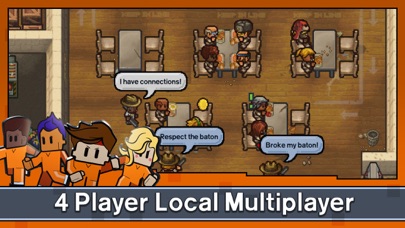 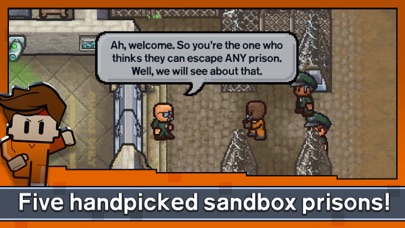 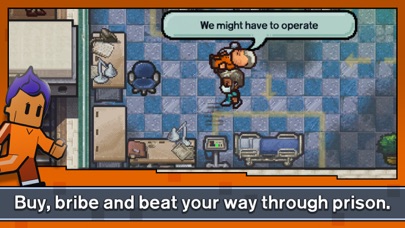 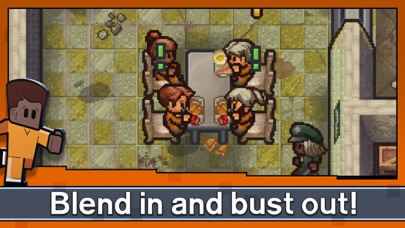 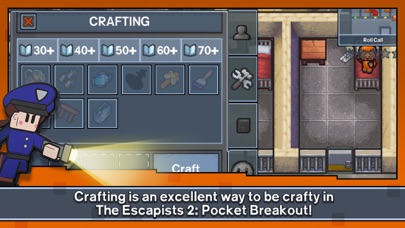 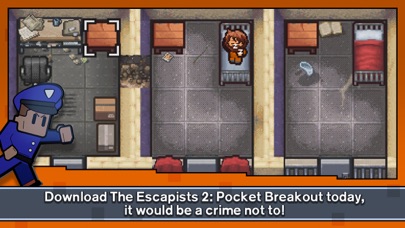 One of the best games in my opinion

This game is awesome it’s cool that you brought it to mobile. Awesome job keep up the good work
By ctdenn

The game is great everything I could want in a prison game, but I would like there to be like a prison editor so you can make and share a cool prison. I would also like the DLCs that are in the Java Edition and HMP Offshore. Thank you.
By sryhhjhknnkjkjojyffyhojig

Hi! I have been on a spree of replaying the Escapist then going to play the 2nd I can’t get in the game at all. Like I can click the start but then it just goes to the background screen behind the menu. I have tried waiting it out but nothing changes, I really want to play this game but am unable to. Please help.
By SavageTomBoiii

Hey Team17! I love this game so much, but there is a major element from the first Escapists that was so fun to use, that I wanted to see it in this game! And that is the ability to hire other prisoners! It was also a good motivation to keep your opinion up. That's all. Thanks for reading!
By Lil’ Bell

WHY Won’t it Load in

NUUUUUUUUU WHY IS CRIME NOT TO BUY!,,,11111!,,!!!! PLIS NO ARREST I BUYING RIGHT NOW PLIS NO ARRESSTTT I DONT WANNAT GO JAIL PLIS PLIS PLIS. (This review is a joke. It’s actually a great game)
By Mommydmama