Shot Vision is the first true golf launch monitor on a mobile device. Using state-of-the-art technology we are able to calculate and detect data points such as ball speed, launch angle, spin rate, carry and total distance, as well as the height of the ball flight. (Club Speed, Dynamic Loft and Attack Angle has been added in the latest version) For the first time ever, golf launch monitor features are accessible to the average golfer. We have spent hours testing the accuracy of Shot Vision against some of the leading products in the industry and built our technology to ensure that we bring a product to market that will not only help improve your game but also change the golfing landscape. + Gain insight into your game like never before with accurate data for every shot. + Practice like the pros by dialing in your distances. + Get access to your data through the cloud so you have it on hand when it matters most. + Compare clubs and distances to ensure you are getting the most from your game. + Use the app indoors with a net, outdoors at the range, or even on the course. + Compete in Challenges, rank on the leaderboards and win prizes. (Coming soon) Join the next revolution in golf and start taking your game to the next level. SUPPORTED DEVICES iPhone 6S, 6S Plus, iPhone 7, 7 Plus, iPhone 8, 8 Plus, iPhone X, iPhone XS, iPhone XS Max, and iPhone XR, iPhone 11, iPhone 11 Pro, iPhone 11 Pro Max PRO SUBSCRIPTION FEATURES + Unlock all modes and features! + Gain access to your Session Feed and Club Feed to review your game. + Compete in Games, rank on leaderboards and win prizes. + View detailed shot data and analytics. Shot Vision is not just another golf app. It is a real tool that can help you evolve your game by giving you access to accurate golf shot data. This is your chance to practice like the pros and unlock your full potential out on the course. INFO ON USING THE APP AND SUBSCRIPTION DETAILS The download and limited usage of Shot Vision is free of charge. Learn how to use the app with the Launch Monitor mode for a free experience with limited data points. Get access to all your data and unlock all features with the Pro Subscription available in the app. If you decide to subscribe to the Pro Yearly plan you will receive a 7 day free trial, after which you will pay the price set for your country, as shown in the app. The Pro Monthly plan does not include a free trial period. The subscription automatically renews if it is not canceled within 24 hours before the end of the current subscription period. Your account will be charged for the next subscription period up to 24 hours prior to the current subscription expiring. It is not possible to cancel an existing subscription. You can disable the automatic renewal function at any time by adjusting your account settings. You can review our Terms of Use at http://www.shotvisionapp.com/app/terms You can review our Privacy Policy at http://www.shotvisionapp.com/app/privacy NEED SUPPORT? Contact us at support@shotvisionapp.com 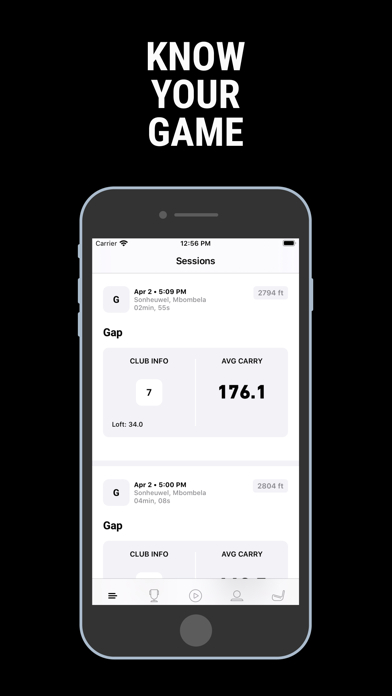 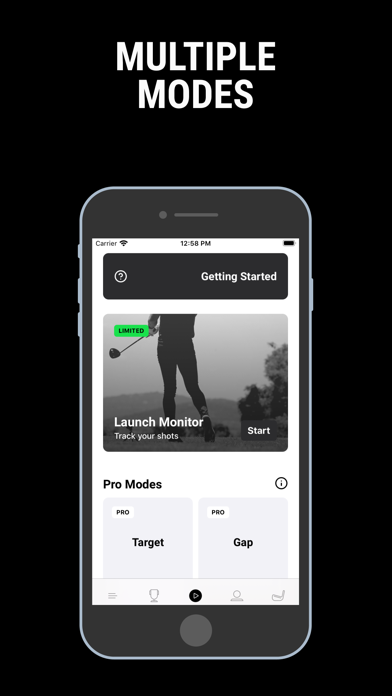 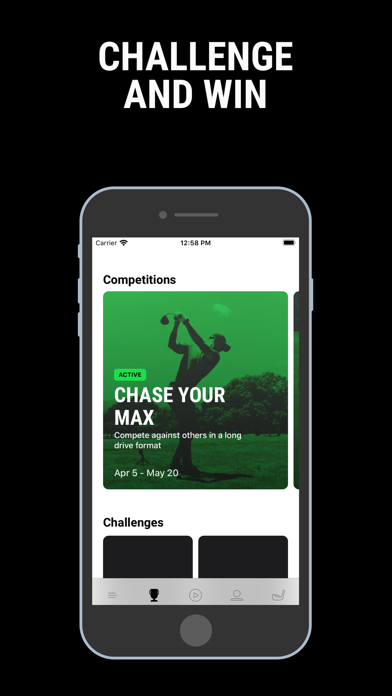 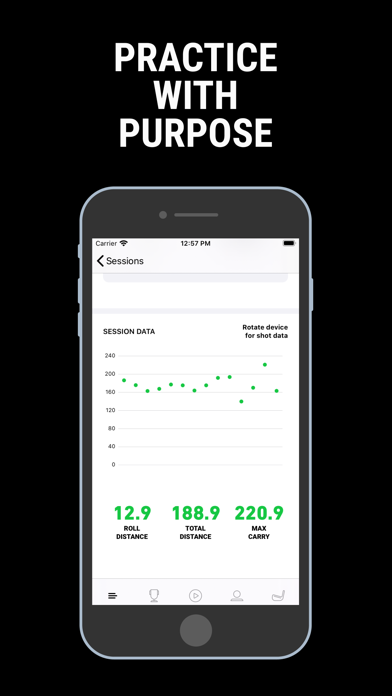 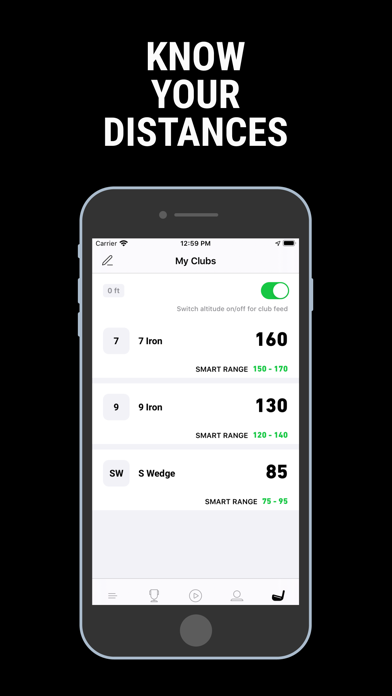 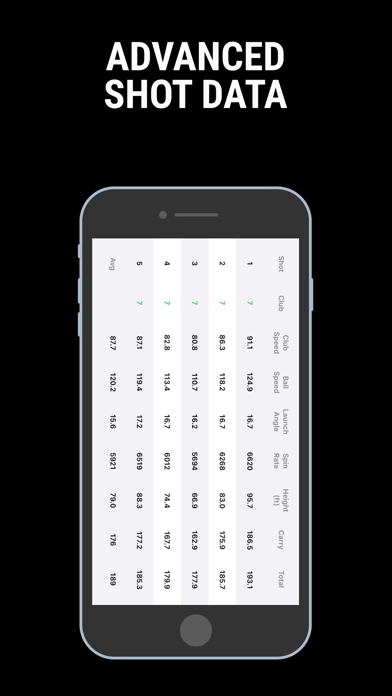 Not accurate. I would love to carry my 7 iron 198 yards. Instructional video has no audio. Tried loading it multiple times. Great idea though. Maybe when you work out the bugs.
By AVGandy

If it was accurate it would be awesome. I had no issues with set up or getting it to read my data. But even though I had this off the matt and on concrete (so no vibration possible) and had the calibration lined up perfectly, it was just wrong. 9 iron shots going 190. Sand wedge going 220. Those were the outliers. But still I know I don’t average 160 9i. Or 190 7i. Also I have no idea how it could possible get an angle of attack data. When the phone is in front of your swing and there is nothing on the club to capture data.
By JStillwell81

Good idea but I spent almost an hour setting it up buying a tripod and still left disappointed. I want my money back. Very very upsetting since I want to find out my distances with my clubs
By Wmurphy69

Shot vision App does not work

This is a bogus app I purchased a mini tripod, followed all instructions to perfection, the app worked for about 1 minute and then never picked up another swing Don’t waste your time or money on this one the developers are laughing in the video because they know their app is a joke. I emailed back and forth with their tech support. They were nice and they tried different ideas such as putting a dark cloth over the background. Unfortunately, absolutely nothing worked and I had to stop trying because it was not worth the effort.
By danmelissadad

Not what it promises

I got this app in the hopes that it would be a cost effective option for a launch monitor and was disappointed. For starters it is super finicky on picking up the ball. I could place the phone in one spot, hit the ball the exact same way, and it would sometimes see the shot and sometimes not. There seemed to be no consistency that I could understand. Speaking of consistency when it did pick up similar shots it would give wildly different distances. On my seven iron I would get 140 yards followed by 240 yards on shots that were very similar. If you are considering buying this service for a month to test it out like me, don’t bother.
By WishfulOsprey

A great value when compared to other launch monitors

OK it does take a bit of getting used to with set up (It took me at least three sessions to get it right) and the numbers are a bit off when compared to “real” launch monitors, but for $40 it is a great tool to take to the driving range and get acceptable data on your swings. The developer is working on accuracy and consistency problems with each update, and the feature set is already as good as launch monitors costing 10-20 times more. If you are a real golfer than you will probably spend $500 for a radar-based monitor anyway, but for $40/year (or $7/month) it is definitely good enough for duffers like me. 😀
By Joe T. Plumber

Only tracked my shanks

This app only tracked the shots I absolutely shanked. Any decent shot I hit wouldn’t read it or would go like 200 yards for a gap wedge. Also doesn’t work on a hill.
By Bartender152

Looks like it could be a nice little app, but

Looks like it could be a nice little app, but unless you pay for a subscription the app is basically useless. Only things it tell you is your ball speed, swing speed, launch angle, and ball rotation speed. It don’t tell you your carry distance or total distance unless you pay for a subscription. Looking in the app it appears that it also doesn’t keep your stats unless again you pay for a subscription. I do like how you can program the app to adjust the loft angle of your clubs. As for accuracy, I am a slow speed golf club swinger. I have never been tracked on a true launch monitor so I’m not sure how accurate the app is, but the speeds it told be I was hitting maybe maybe close don’t know for sure. Like some of the other reviewers said not all shot get registered by the app. I hit a few real good shoots and nothing registered. I was using it indoors on indoor mode so that may have been the reason as indoor mood by my understanding is still in beta testing. Haven’t tried it outdoors, but because I have to pay to get my carry distance and total distance and keep my stats, I will not be testing outdoors as I’ll be deleting the app.
By Northwildwoodnjman1969

The idea behind this golf app is intriguing and there are many good YouTube videos on it... I was unable to get it to run. Every time I try to launch a session the app closes out completely on my new iPhone 12 Pro Max. I would by the pro version of the app if it worked.
By AW-Ohio