Join the FullyRaw Revolution! FullyRaw by Kristina is the ultimate guide to living a cleaner and healthier lifestyle through the consumption of organic raw foods. Offering over 100 recipes (including juices, smoothies, salads, desserts, and main dishes) with instructional videos, grocery shopping lists, challenges, educational videos, and exclusive content from Kristina! FullyRaw has everything you need to make living a fully raw lifestyle easy and enjoyable! Whether you are looking to be fully raw or just trying to get more fruits and vegetables in your diet, Kristina wants to help you get there! EDUCATIONAL VIDEOS AND EXCLUSIVE CONTENT • Unlimited access to Kristina’s Videos and Vlogs as well as exclusive content • Watch Kristina’s latest videos for Tips + Tricks on how to stay healthy and keep up with the fully raw lifestyle • Curated playlists and featured videos RECIPES WITH INSTRUCTIONAL VIDEOS & SHOPPING LISTS • Over 100 recipes ranging from juices, smoothies, salads, soups, desserts, dips, snacks, and main dishes • All recipes come with step-by-step instructions with high-resolution images and instructional videos • Shopping list feature that allows you to directly add ingredients from any recipe and customize your shopping list to include additional items • Ability to save your favorite recipes • Recipes can be searched by tags • Badges allow you to easily identify recipes that are Seasonal, App Exclusive, Premium, etc. SAMPLE RECIPES: • Carrot Cake • Rainbow Buddha Bowls • Chocolate Pecan Pie • Chocolate Covered Strawberries • Creamy Lemon Garlic Pasta Alfredo • FullyRaw Caesar Salad • Cauliflower Wings • Cream Cheese Recipe • Anti-Aging Superfood Smoothie • FullyRaw Vegan Carrot Bacon • Mac n' Cheese • High Protein Veggie Salad • Lasagna • Jungle Juice • Juice for Clear Skin CURATED CHALLENGES WITH PROGRESS TRACKING • Stay motivated to by completing challenges ranging from 3-21 days • Choose the right challenge for you based on desired categories including Beginner, Detox, and Weight Loss, etc. • Set a reminder alarm for your challenge meals to help you stay on track • Track your progress throughout your challenge ABOUT THE FULLYRAW PRO SUBSCRIPTION To use the FullyRaw app with no limitations, you need a subscription, charged on a monthly basis. FullyRaw Pro subscriptions will automatically renew unless canceled at least 24 hours before the end of the current subscription period. There is no increase in price when renewing. Payment will be charged through your iTunes account at confirmation of purchase. Once purchase, refunds will not be provided for any unused portion of the term. Your subscription may be managed and auto-renewal may be turned off by going to your iTunes Account Settings after purchase. Terms of Use: https://www.fullyraw.com/pages/terms Privacy Policy: https://www.fullyraw.com/pages/privacy-policy FullyRaw by Kristina was designed and developed by CitrusBits Inc. in Los Angeles CA. For more information about our Design and Development services. Please check out www.citrusbits.com ———— We'd Love to Hear From You! - Please share your thoughts in a review! Your experience matters to us. - Need tech support? Contact us at fullyraw@citrusbits.com - Check us out on Facebook: facebook.com/FullyRawKristina/ - Follow us on Instagram and Twitter: @fullyrawkristina 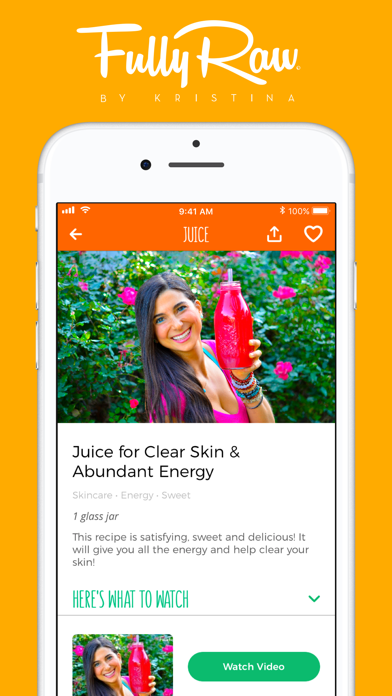 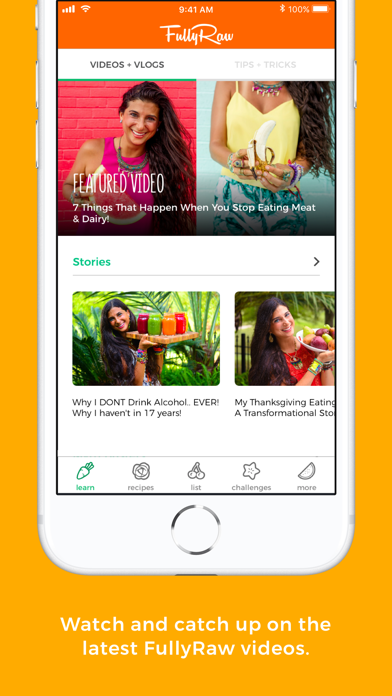 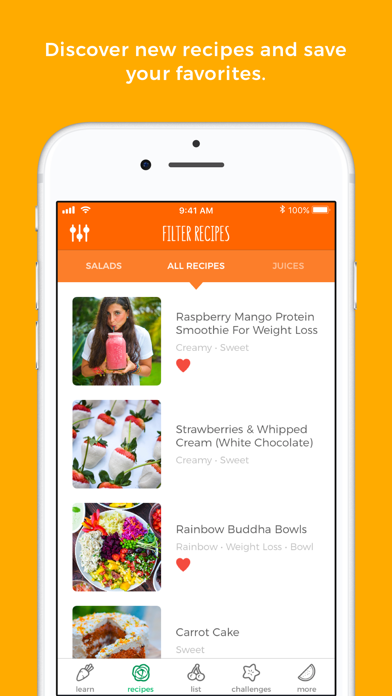 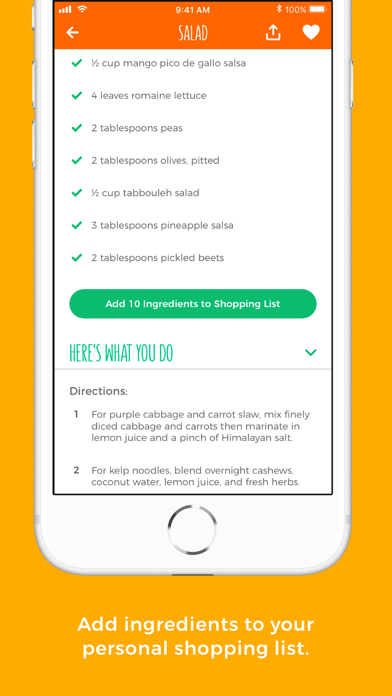 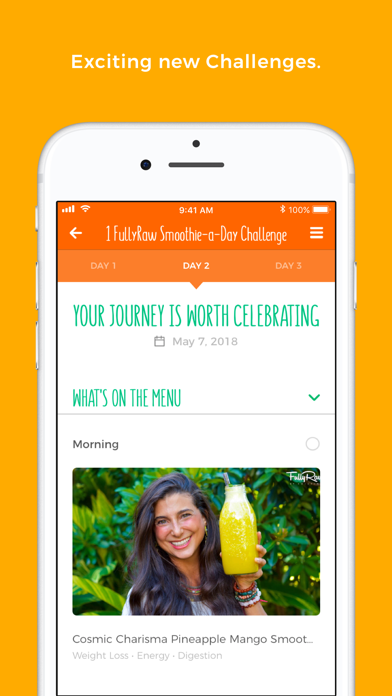 I paid to download the app a few months ago and was happy with the recipes I had access to without a premium subscription. With the new format of free app and then pick a subscription, I am left without access to most of the recipes I could access before. I love Kristina’s videos and recipes, and her positive upbeat personality, and understand why she changed the format. However, it seems a big detail was not thought through. Please fix this for those of us who already paid for the app.
By julieinthehood

Took the recipes away

**update** I’m more upset that the app is now free. I paid for it!!! Are you going to refund? Or allow a different level of access for existing customers who already paid!?!!!! I feel robbed I purchased (paid for!) the app a while back, and it had a reasonable amount of recipes to where it was useful. Then the recipes disappeared and can’t be accessed without paying a monthly fee (you want me to pay again!) Boo to paying twice! I think they were decent recipes, but now I’m too upset and certainly won’t pay anything more I already was a YouTube subscriber and paid for the app, I feel like I’m being extorted
By KelliHawaii

This app is wonderful and well organized!! The grocery list makes it so easy to make quick decisions and gather supplies when I’m out running errands. All the pictures and videos are beautiful and the food created energizing and wholesome! I’ve been practicing raw foods almost 8 years now, and indulging on Kristinas creations has opened a world of new possibilities. I’m on cloud 9! :) <3 P.S. my one year old baby loves these recipes too- he couldn’t stop drinking the orange, spinach, basil smoothie today. It was a hit for the whole family!
By ania tominga

Disappointed! Where are the recipes I paid for?

I paid for the app months ago and I had access to the recipes without a problem, now I can’t access most of them because they are labeled as premium and have to pay for an additional subscription to get them back. It is very sad to see that the recipes we used or were available, and were paid for when we bought the app, are now gone. I definitely do not recommend this app anymore because of its unfair changes. They should have, at least, let us keep the recipes we already paid for and had access to.
By *Lalany*

I bought the app a few months ago and loved all the recipes. However, for some reason most of the recipes now have a premium upgrade where I have to pay again for access to what I’d already paid and had access to...
By swishahousemafia

Paid for the year, renewed for another year and...

I contacted through the app a few times to report that even though the money was paid for the year until April, I cannot get through the recipes or challenges marked Premium because they want me to pay again for the time I already paid. I have not received any response to any of my emails. I bought for $29.9... for the year that I could not access and they are totally ignoring me. I want a refund!!!!
By Fmarlyna

Very disappointing! Dishonest! I will request a refund.

I paid and signed up for recipes. Now after purchasing and having access to many recipes, this dishonest person now made most of what I already paid for unavailable and I would have to pay more for access. Very dishonest, unethical way to do business. Most of the recipes she has are available on the web for free anyway.
By sunlife12345678

Misleading not the best app

You can’t see the recipe! I downloaded this when you had to pay for the download of the app and now can’t see anything very disappointed!!! Also you have to pay monthly or yearly to be able to see the recipes. So many other apps out there that you don’t have pay for like this.... I am very disappointed and don’t like that you have to pay again especially since I had already paid.
By upsetIcantsee

I have had this app for over a year and enjoyed it but recently (just a week or two ago) I suddenly can’t access many of the recipes that I used to be able to see... Almost all of The recipes that used to be accessible to all are now limited to “Premium” members only. I can’t even see recipes I used to make and enjoy anymore. What happened!?
By alive amd raw