Dear evil geniuses! Welcome to one of the most popular idle clicker games! Idle Evil Clicker is a HELL TYCOON SIMULATOR! It's fun, it's simple, it's awesome! Forget the boring routine management in other clicking games. Check out Idle Evil Clicker and have fun expanding your torture arsenal! No idle tap game has ever been so funny and unusual! Hire demons, collect souls! Upgrade and automate your evil equipment! Develop the circles of hell! Few words about this hell simulator: It's not just a funny idle tapping game. It's so much more! It's a whole world for you to dive into — it is simulation of the devil's life. Demons are your workers now. Invest in your devil company, manage your employees and make your Evil Factory as profitable as possible. Collect souls, build automated boilers and other torture stuff! Unlock new tortures by collecting pieces of puzzles! Puzzles is a very important part of the game, by the way. Being a hell tycoon isn't easy… But taps and swipes will be easy to learn. This is the easiest economic strategy ever! Although the business is a little peculiar... Take your profits and relax! Also, sometimes to get souls you will have to save the girl. Do you understand what we are talking about? Puzzles! Events! More puzzles and events later! Wanna be a devil? You've got that opportunity now! Now briefly: - Awesome art and animation! See what tortures will befall sinners. - A lot of upgrades! BOSS prestige that really helps your progress. - It's a revolution in tycoon simulators! - Idle clickers are awesome! So join the big community of fans of this genre! Swipe, tap and swipe some more! Prepare yourself for the best hell simulator in your life! Ready! Steady! Tap! Tap tap! 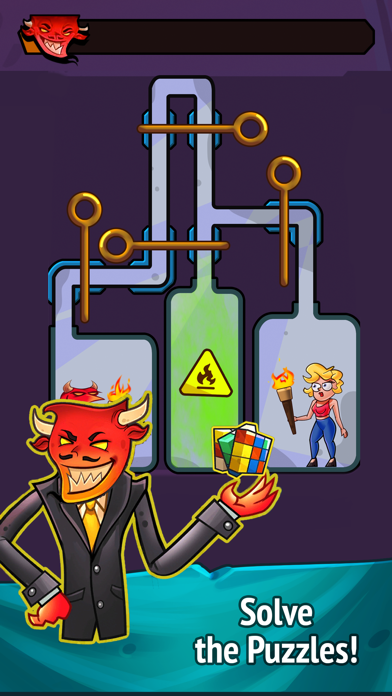 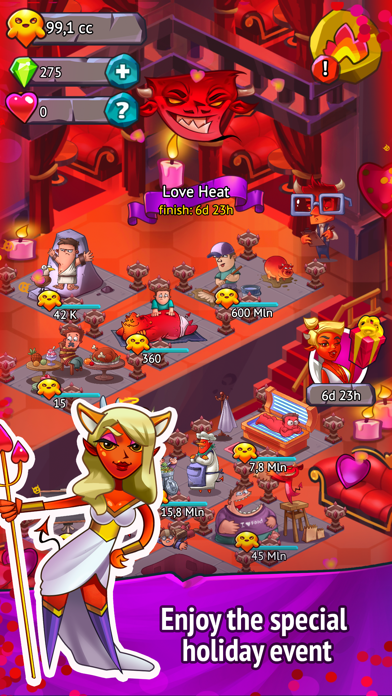 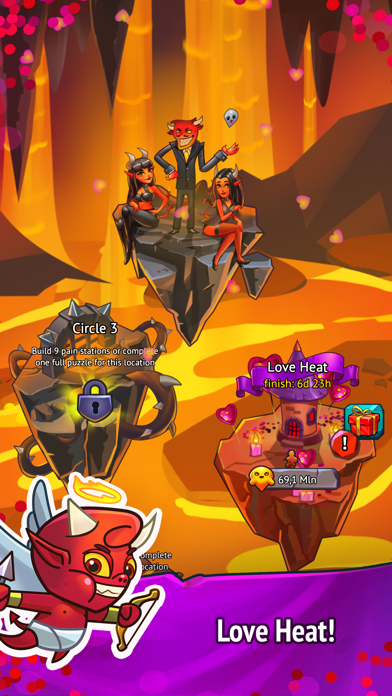 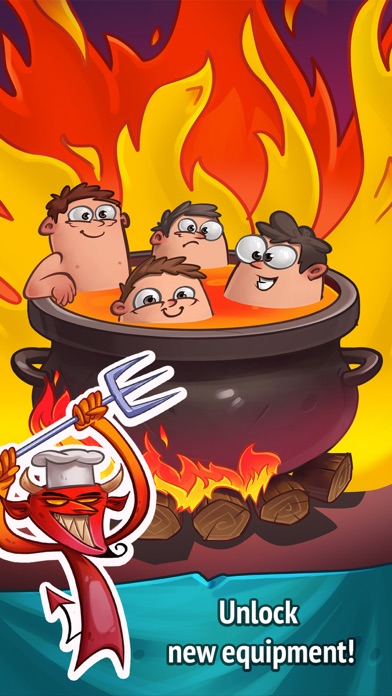 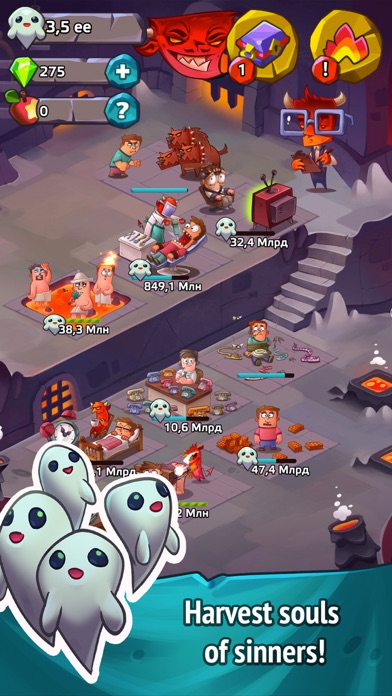 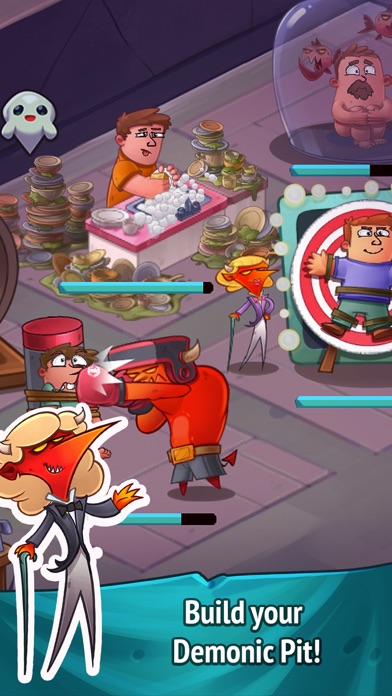 Fun game, nice time waster. Ads are annoying at times, but still giving 5 stars since I’ve been playing for months and still play daily. I’m really glad the ‘open all’ for the chests is now an option!
By Jkosegi

Thanks for finally updating

This game is fun, but I can’t continue my progress when switching between my iPhone and my iPad. Which is why I don’t play it very often
By Wishphoenix

This game is soooo fun!!!! While I was playing it, I thought of something, what if you made this game, but like the heaven version, well it’s not as fun as torturing people... that’s why this game is fun!!! And no, I don’t torture people in real life!
By seadragon44

Buggy and no longer updated

I got this as a time waster months ago. It was okay at first, but then When I got a new phone my backup didn't save, no big deal I wasnt that invested but then other issues happened and I sent bug tickets with no responses, ever on any, which they dont make it easy to submitt in the first place.. and now, its into may but they still have the valentines day skin, so they havent updated it. Okay to waste time but do NOT give money.
By Jessi Harm

Why doesn’t it have the Open All option for the opening the chests. Androids update have that feature added 😒
By Gknee18

This game is awesomely cool

I played this game for about a month. It is fun. Had most of the plots unlocked and was making good “money” but the constant surprise ads became so annoying over time that it made the game unplayable for me. I considered paying to have ads turned off but read reviews from people who made that payment but still got ads.
By Matto97031

Was a five start but having problems.

This game was a five star, but now it’s a two star as, I’m having problems with this game, I have 145 unopened chests that I’m afraid to keep on opening as I have guarantee chests for new puzzle pieces in there. I have opened up probably 20 of them here and there to see if it had worked yet and nothing to be able to fix it. Iv got 5 gems for duplicates of a guarantee new puzzle piece. Lol it shouldn’t be doing that. I have contacted the app developer and no response yet. I think I might have maxed out on the game to where they haven’t developed it past that. But there is that legend at the bottom of the puzzle page that shows how much you got per type. I got 0 out of some of them still. ? When are they going to fix it and replace the open chests I have wasted for guarantee pieces. ??? Edit. * when is there new update locations. ???
By Mndusty