Identity V: 1 vs 4 Asymmetrical Horror Mobile Game Fear Always Springs from the Unknown. Game Introduction: Join the Thrilling Party! Welcome to Identity V, the first asymmetrical horror mobile game developed by NetEase. With a gothic art style, mysterious storylines and exciting 1vs4 gameplay, Identity V will bring you a breathtaking experience. Key Features: Intensive 1vs4 Asymmetrical Combats: Four Survivors: run from the ruthless hunter, cooperate with teammates, decode cipher machines, open the gate and escape; One Hunter: familiar yourself with all of your killing powers. Be ready to catch and torture your preys. Gothic Visual Style: Travel back to the Victorian era and have a taste of its unique style. Compelling Background Settings: You will first enter the game as a detective, who receives a mysterious letter inviting him to investigate an abandoned manor and search for a missing girl. And as you get closer and closer to the truth, you find something horrifying... Randomized Map Adjustments: Within every new game, map would be altered accordingly. You will never know what’s to expect. Select & Play Distinct Characters: Multiple characters to choose from, customized characters to fit your own personal strategy and get the final victory! Are you ready for it? More Informations: Website: www.identityvgame.com Facebook: www.facebook.com/IdentityV Facebook Group: www.facebook.com/groups/identityVofficial/ Twitter: www.twitter.com/GameIdentityV YouTube: www.youtube.com/c/IdentityV Discord: www.discord.gg/identityv 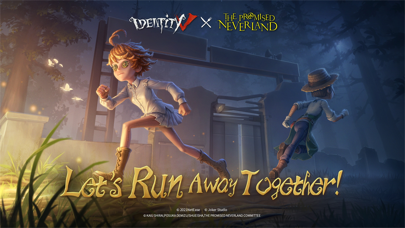 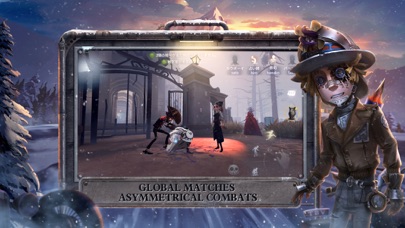 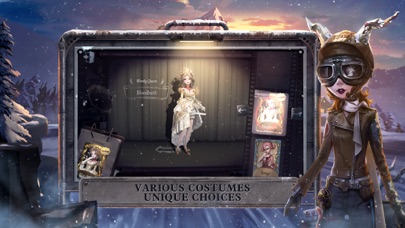 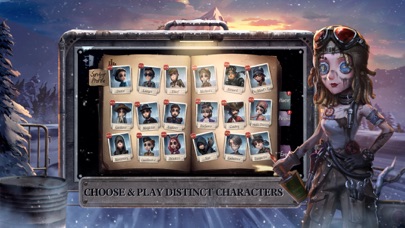 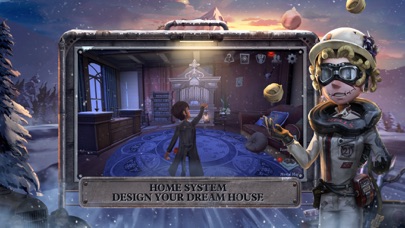 i hate this game

A fun game but not without criticism

Beside the fact that Netease is a horrible company lets talk about some issues. Of course I cannot name all of them off the top of my head but these are things that ive noticed over loads of hours of gameplay. First, the game is incredibly hunter sided. Ive played on both sides and the hunters are incredibly powerful and fast. I think one or the other is completely fine but having both makes the game unfair and less fun to play. Either nerf them or add more abilities to survivors and stop nerfing them. Second, Rank matches. Or really any match but the wait times especially with cross over events are absolutely wild. I dont know if its a lack of servers or a matching algorithm problem but it shouldnt take 15-30 minutes for one match sometimes. If there is an overload of a type of player (survivors usually) then give us bots to play against. I of course really enjoy playing the game and I think there is tons of potential but there need to be major improvements in gameplay and basic matching components. Hopefully IdentityV can fix these issue in the near future.
By Eren Smith

I find this game very entertaining. Also the creator or developers of dbd helped make this game, so you can’t really say that it’s a rip-off dbd. The art style, the characters, and the maps are all well made and thought through. One issue that I have is the hunters hit box, I’ve played with 20+ wu-chang and I’ve been getting hit across the map. Other than that perfect 11/10 addicting.
By Angie Yonaga From Tiktok

This game is awesome

There aren’t many words to discribe this game but is a great game. You can play with friends, there are many multiplayer games you can do and there is a story line to glue it all together. I highly recommend this game
By Historicsine103

Decent but a couple of things...

This game is fun when you get started, it’s got a great style and story at the beginning. I really do LOVE the design of this game, it is absolutely gorgeous to play with. However, once the multiplayer gameplay begins the game transforms into a gacha cash grab... Not to say that gacha games are bad, but in this game it takes weeks to save up for new survivors and hunters to play as. Basically, you should expect to spend your money if you want to play seriously. As for the camping complaints, I disagree. If the hunters were made to be weak the game wouldn’t be fun, and some of you are just complaining because you made ONE mistake. Get over it. Also, this is a minor complaint but if you want to play as a survivor you have to talk to people. You don’t have to do this, but it helps to play the game when you have a team of people that know how each character works.. and for me I was kind of scared to reach out. So, just a minor thing but all in all you can play survivor solo. Overall 3/5, great design but wayyy over priced. I think for the quality of the multiplayer, it’s not worth the money but that’s just my opinion. I don’t think it’s one of the “best” games in the App Store, there are cheaper renditions of it that don’t require spending.. Just download Roblox and play Flee the Facility on Roblox if you want the same gameplay with no spending. That’s my review -peace out homies.
By Audrey_Keeler

Nothing to say but amazing