Welcome to Home Design Makeover! Play the best Home Design match 3 puzzle game! Be the best designer by helping lucky families transform dreams into reality with amazing home makeovers! Solve fun match 3 puzzles to help design, customize and decorate the perfect dream home with beautiful decor. Your clients are counting on you to remodel their down-and-out fixer uppers! Features: - Remodel homes with a Farmhouse style or go Modern? You decide, you design! - Design and renovate different rooms styles, including family-friendly living rooms, rustic kitchens, stylish bathrooms and chic bedrooms - Help clients ranging from the newlyweds to Hollywood celebrities, and travel the world to Tokyo, Paris and Morocco - Express yourself with an incredible variety of high-end designer furniture, lighting, flooring and other decor - Experience addicting gameplay with offline mode so you can take the game from your home to the sky! - Be challenged with over 1000 match 3 puzzles and dozens of game modes for endless relaxing fun - Frequent, fresh and free content updates with new interior and exterior design challenges, floor plans, outdoor gardens, landscaping, seasonal items and more! Let's get matching and transform outdated homes into fabulous family hangouts! 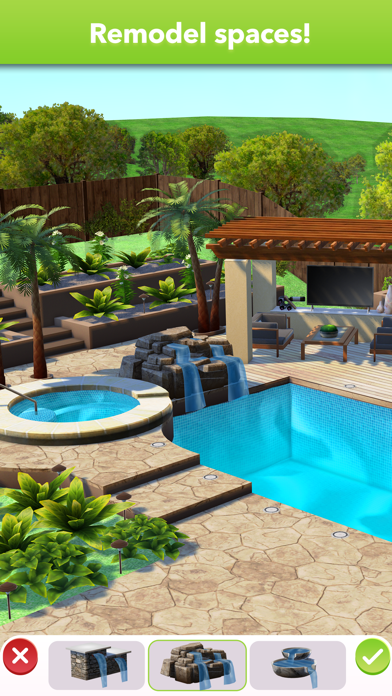 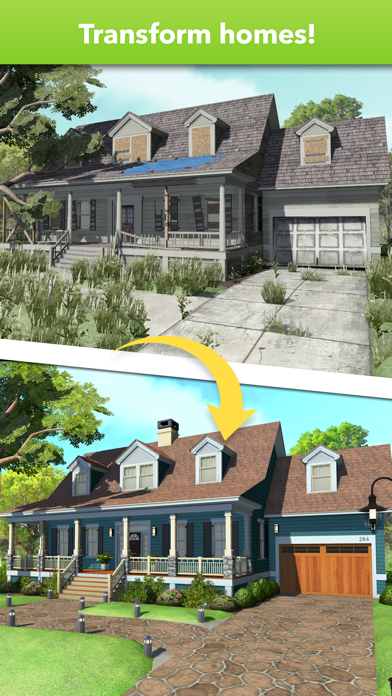 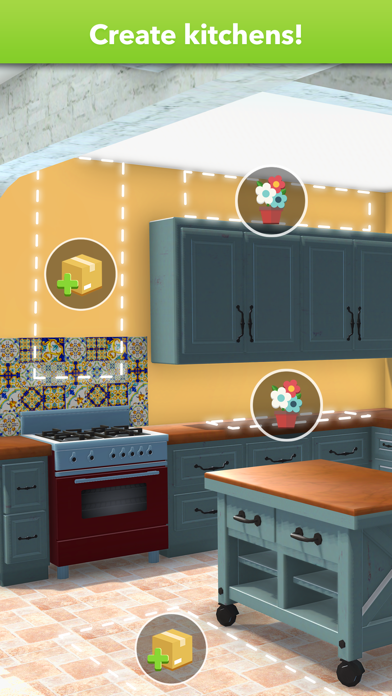 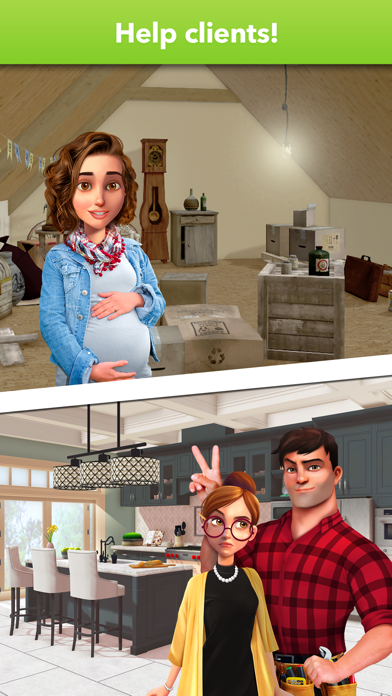 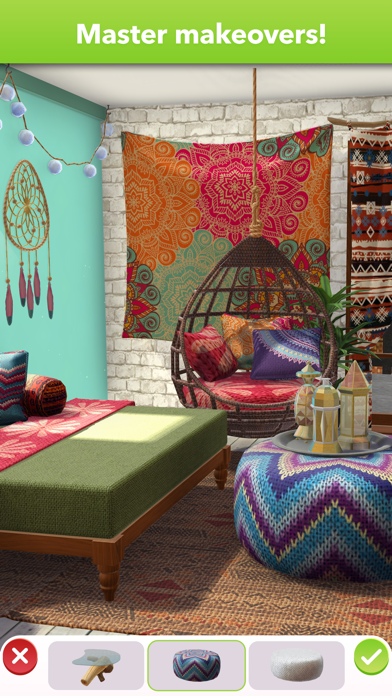 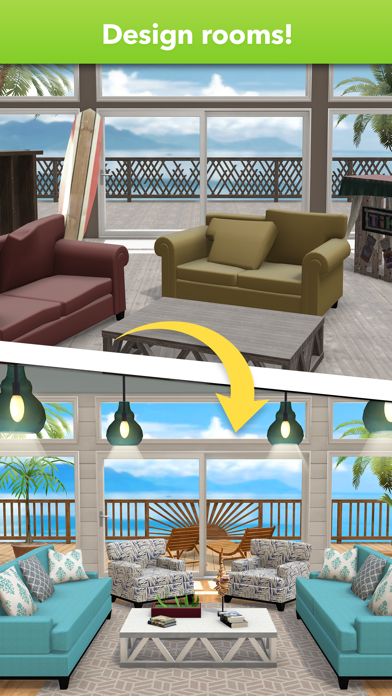 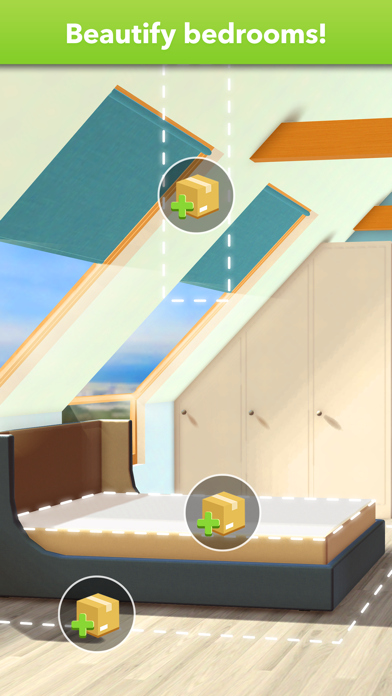 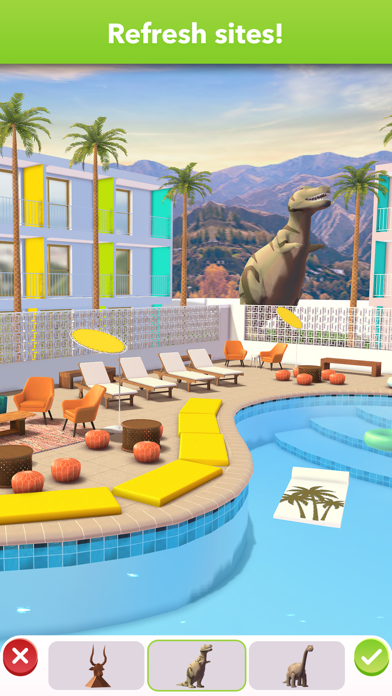 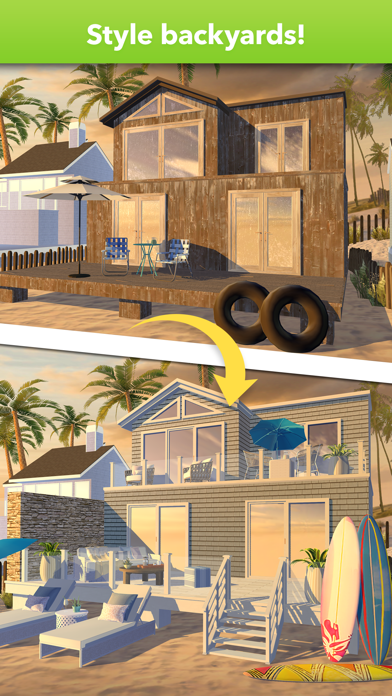 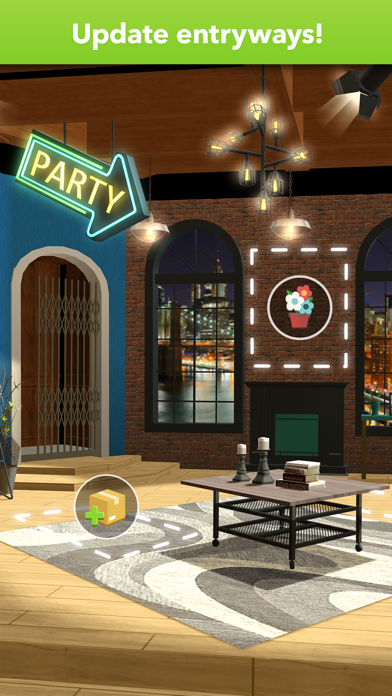 This used to be a very fun game to play. They have puts ads between each move now. I understand having ads occasionally but between each move I’d ridiculous! Also tried to send this but they said every nickname was taken, obviously don’t want this published
By SuperMadNow

where are the new levels?

One newlevel at a time? Ridiculous!
By jsd6978

I’m obsessed with this game. Love it. Love the limited time challenges and earning special rewards. It is my favorite game and the only game I actually play regularly on my phone!!! However, there are a few things I would change if I could. 1) I do not like the “simple” vs “client idea” option (with the purple ring around it). Don’t really know if that is just a new feature or not because I am really far into the game...is it just because I am on such a high level now? Is it something you have added? To me, it feels like I am being pressured to spend actual money on gems to improve my designs. Without spending money on gems, I don’t have a choice for that aspect of the design. Not a fan. 2) I would love it if I got extra coins or gems for leftover moves. Sometimes I’ll have like 15 moves leftover when I finish a game and I’m like...dang, it would be cool to be rewarded for that. 3) I wish I could combine two large (“glowing”) game pieces to make them explode. Other match 3 games give me that choice...would love it if this one did too. 4) I wish I could save my unlimited lives option and use it at a later time. Sometimes I’ll play this game for just 10-20 minutes and end up getting unlimited lives. Then I’m like...dang it, I have to go run errands or go to work and I won’t have time to use my unlimited lives reward. It would be very nice to be able to store it and use it at a different time. Those are my only 4 qualms. Honestly the ONLY thing I dislike about this game is the new “purple ring” option. I just don’t like it at all...I feel like the clients get annoyed when you don’t go with their idea, but I don’t want to spend real money on gems all the time. I HAVE spent a lot of money on gems for this game, but at 290 gems per design, I would run out fast, and I’m not going to keep buying gems to make better designs. Anyways, overall an amazing game. I love it! It’s my favorite game I’ve ever played on my phone! Thanks for an amazing game. I would love it even more if my dreams were made a reality!
By SegaJunkie

Too hard & too expensive

I play several games similar to this, and the design aspect of this one is more realistic, which I like. That's the only thing this game has on the competition. It takes three wins to earn enough money to buy the next item for a room, and the game levels tend to be very difficult, taking *many* attempts to win. Boosters aren't much help, and they're expensive. It's less about strategy and more about luck, made worse by the combo booster that targets a space for destruction too often destroying a space that doesn't advance you toward the win. I don't mind spending real money on a fun game, but this isn't designed to be fun; it's designed to make you spend money to advance.
By Elle 0190

Favorite app ever
By BethanieReySallee

Design games just make me happy. I enjoy them so FARLY appreciated!
By RAWWRIMAREVIEA

Worked fine until recently. Now I can’t finish a game before it crashes.
By Gotta Love Minnesota

First off I will never spend money on the game. With that being said, The game is fun enough in the beginning. However I agree with is other players, to Time consuming design elements to costly, The longer you play.
By truckolove

Match the Dots by IceMochi