Accurate, simple to use Satellite Map based Fishing tide charts of the all NOAA based fishing tide stations in the Coastal U.S.A. on a simple to use satellite map. Designed by Saltwater fishermen and Professional Saltwater Fishing Guides. NO SPAM ADS, SIMPLE TO USE...100% AD FREE. Other Features: Ability to forecast Saltwater Fishing tides from NOAA by setting date and period for any of the tidal stations for the entire State of Saltwater Fishing tide tables. Excellent support for any issues, questions or new features...simply email: info@nestides.com and we'll show you how Apple support is meant to be. Auto-save last location for easy reference to your last tide station the next time you use the tide app. Included is the ability to zoom and view satellite imagery for fishing ground characteristics to compare with tide movement. Advanced tide graphs allow for you to judge the level of water movement for optimal fishing between high and low tide in Saltwater Fishing between tide stations so you can follow the tide flow for the entire day. Recent Feedback: "NesTides ability to display tide predictions and actual tidal flow graphs allow me to extend fishing trips by following different tide station tide charts and moving with the tide flow. The satellite view allows me to explore and discover new fishing grounds I never knew existed. Absolutely the best fishing software tool I have ever used. ," said USCG Captain Mike K. Fishing Tide Chart stations include every tide chart for the entire United States coastline. See website for full listing. 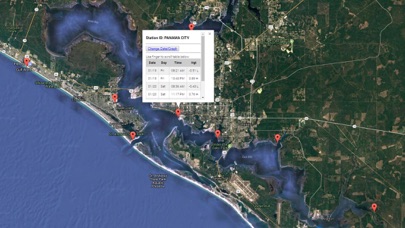 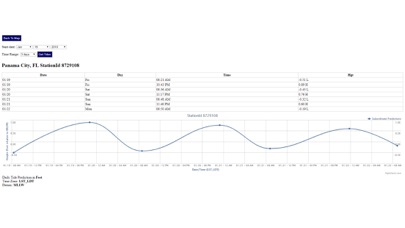 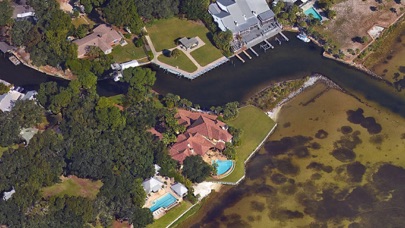 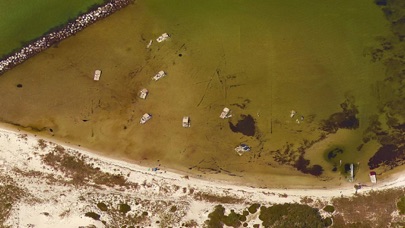 Do not buy
By FishnFool99

Do not waste your money on this app. Their website is great but the app doesn’t work and you cannot get any tech support.
By Jmans dady

Bought this for $9.95 and it does not load any tide info for Port O’Connor nor East Breaks in GOM. Not is does not even load... not worth the $$$$$$ P.o.S. And when you try to use their in app feedback it hangs! Scam and would not recommend it to anyone!
By #NotGood

Don’t purchase this app! It’s very misleading, over priced and most importantly, it’s crap. This app doesn’t do anything. Once you open the app , it does nothing after that, no tides, no charts, nothing. Scammers just wanting your money! Stay away from this app.
By shimano fisher

This app is a google maps clone that doesn’t work most of the time. The company obviously paid for a bunch of five star reviews. The app is useless and apple will not refund your money.
By Badappzs

Not much to see here folks

Horrible user interface and difficult navigation very little useful fishing specific information beyond the tide and whether pretty weak. I want my 10 bucks back
By thomasw2

Doesn't give anything other than the tides.

Not any affiliation to the tides for fishing website save your money. Worthless app wish I could get a refund
By Chairman67645

This APP does provide the tide information on a map and that is really it. For me it was over priced, I was looking for an App with the tide information, map, moon phases, recommended fishing times/dates and this falls far short. It’s expensive for what’s provided.
By SouthernLife4Me

DO NOT BUY THIS APP

The information the developer presents in the App Store is incredibly misleading. This should be removed. First look at all the fake five star reviews and how many times they use over the top language to describe how “great” this app is. Trust me don’t waste your $10. The “satellite” map is just google maps that’s so poorly integrated that you can’t even scroll it properly. So the app lets you use two fingers to scroll around until you find the closest tide station and then it gives you a few days of tide data at that location. That’s it. That’s not worth $10, it’s free on plenty of websites and free apps. There is nothing else to the app except the tab where they try to sell you other apps and third party marketing. Don’t waste your money. Kudos to the developer for scamming me out of my ten bucks. Don’t be like me. Save your money. Worst app ever. Literally. The worst app I have ever downloaded. Should either be removed from the App Store or should correct the description and preview to explain what this really is.
By MMK869

Okay for backwater but of little value offshore.
By 12mcw1269