Your letter has finally arrived! What kind of witch or wizard will you be? A heroic Gryffindor? A cunning Slytherin? A clever Ravenclaw? A loyal Hufflepuff? YOU decide! With countless choices, you’ll be able to carve out your own unique path in Harry Potter: Hogwarts Mystery. This is YOUR Hogwarts journey. Whether you’re mastering powerful spells with Dumbledore, brewing potions with Snape, discovering never-before-seen rooms at Hogwarts, forging alliances with new friends, or duelling your rivals, there’s always something new to explore! As part of WBIE’s Portkey Games label, this groundbreaking mobile game puts you at the centre of an all-new story in the Wizarding World. WITCHCRAFT & WIZARDRY: • Learn magical spells and brew powerful potions! • Unlock spells, potions, and locations as you advance through the years of Hogwarts! • Immerse yourself in the world of Harry Potter! • Take your place among witches and wizards! MYSTERY & ADVENTURE: • Use your skills to investigate mysteries at Hogwarts! • Discover the puzzling truth behind the Cursed Vaults and your brother's disappearance in an all-new story! • Choose carefully—your choices matter! ENTER THE WIZARDING WORLD: • Engage in immersive events, play Quidditch, and more! • Win the House Cup with your classmates! • Conjure your very own Patronus to defeat Dementors! • Befriend Magical Creatures like the Niffler! FRIENDSHIPS THAT MATTER: • Embark on quests with fellow witches and wizards! • Find romance and fall in love! • Form unique relationships with each friend and rival! EXPRESS YOUR CREATIVITY: • Customise your avatar! Select from tons of exciting hair and clothing choices! • Design your dream dorm! Show off your house pride and decorate your ideal space! • New character customisation and dorm design choices are always being added! Like us on Facebook: www.facebook.com/HPHogwartsMystery Follow us on Twitter: www.twitter.com/HogwartsMystery Follow us on Instagram: www.instagram.com/HPHogwartsMystery Step into the world of witches and wizards. Customize your character, decorate your dorm, and solve puzzling mysteries now! Play Harry Potter: Hogwarts Mystery Today! Please note that Harry Potter: Hogwarts Mystery is free to download and play, however, you can purchase some in-game items with real money. If you want to limit this feature, please disable in-app purchases in your device's settings. Under our Terms of Service and Privacy Policy, you must be at least 13 years of age to play or download Harry Potter: Hogwarts Mystery. A network connection is also required. Privacy Policy: www.jamcity.com/privacy Terms of Service: http://www.jamcity.com/terms-of-service/ 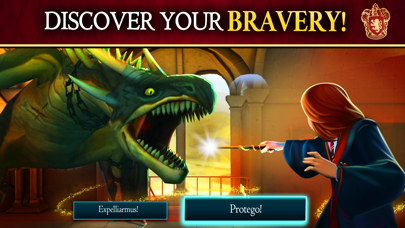 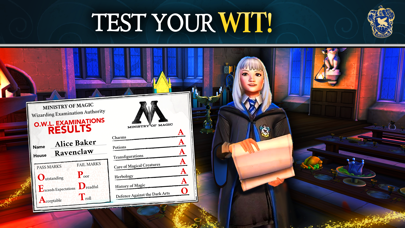 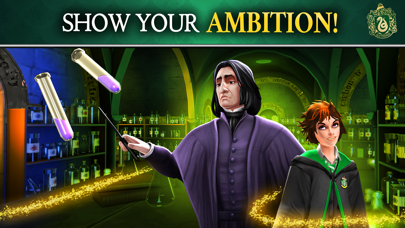 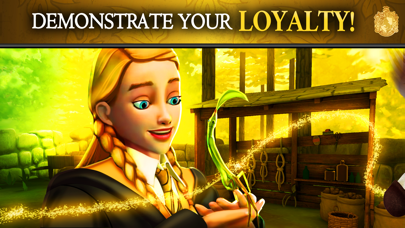 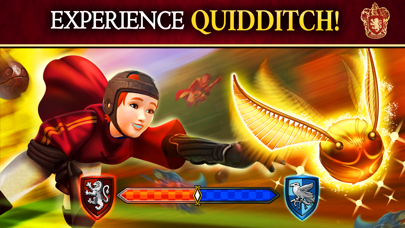 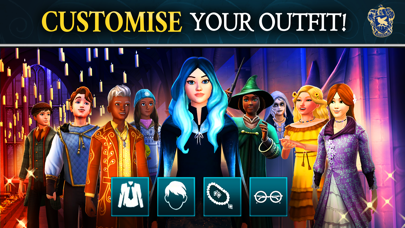 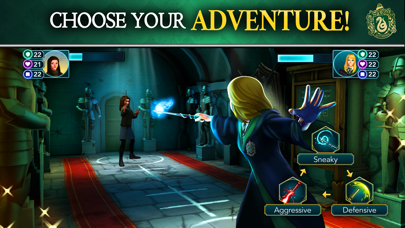 This app is great!!! It was so fun to play, you get to choose your house and make your life fun!! I DEFINITLY recommend this app!!
By hopoleo321

Thank you for inventing the game

Year 7 chapter 7 ends with a talking point with Amos Diggory that has attributes multiple levels higher than mine making it impossible to progress unless I just grind for months to increase my attributes. I was always fine on my attributes levels until the end of year 6 when the campaign took a massive jump in what attributes were required. The jump made no sense and left people progressing at a normal rate in the dust. I was able to get by until now with the Amos Diggory mission that is physically impossible being just 3 attribute levels too low.
By dmoy96

The energy takes way to long to refill and would like to ask if the creators would get rid of the energy bar completely because so far that’s the worst part of the game. Otherwise it’s an awesome game
By crassont

I have been playing this game for a little while and the big problem is the energy system. To do almost everything takes huge amounts of energy, but your energy levels are capped so you complete a task by either buying more energy or waiting hours for your energy to recharge. Not a bad game if you want to wait 8 hours each time you want to do a activity. I would not mind spending some money on the game, but not to do even the smallest task.
By Kvasques

Literally, when I open the game, there’s a place where you,”create the character” But really, it’s glitched and you can’t see anything that’s in the tabs or the boxes in the character customization. And you can’t see what you’ve created for a character until AFTER you actually start playing the game. It’s happened more than twice and I’ve deleted the game. I’m not gonna play a game where there’s an option for creating your own character but you can’t even see what you’re creating for a character. Please fix this. From the customization part, which is LITERALLY the first part in the game, it glitches and I can’t see ANYTHING of what I’m adding to the character at all. None of the boxes have anything in them, each tab is the same where I can’t see anything of what I’m adding to the character whatsoever. The only time I do see what I’ve applied/created for a character is when the game actually STARTS. This has happened EVERY time I’ve downloaded the game. I’ve deleted it many times hoping that when I re-download it, these issues are fixed but alas, they are not. Please seriously fix this, it’s making me not wanna play a “create your own adventure game” if I can’t even see what I create for my own character.
By Catsarecool20

It was really frustrating for many reasons 1. You have to FOUR minutes to get ONE energy 2. You have to pay gems to meet up with people 3. I tried talking to Ben Cooper and when I was answering the questions, I would pick the best answer possible, and sometimes it would take away courage points. Why? If you’re going to make us wait 4 minutes, GIVE US MORE ENERGY OUT OF IT. If you want us to meet up with people for quests and stuff, DONT MAKE US PAY TO DO IT. If you want us to recruit someone and get enough diamonds to do it, DONT TAKE AWAY POINTS WHEN WE GET AN ANSWER RIGHT. Other than those issues, the game is fine. Edit: I was talking to Penny during a meal, and she was quizzing me on potions. EVERY SINGLE TIME that I answered a question with the best possible option, it took away points. Then it would ask me the question again, and I’d answer it with the same answer, and it would still take away points. What is up with that?
By maria.javoroski

I enjoy the the game but there is one thing that annoys me. I understand having to sit through ads to get food, coins or energy. What happens a lot is that you sit through the ad but then the server loses connection and you have to sit through another ad after rebooting. It may be a small thing but it’s annoying. Please fix this glitch.
By Spidersghost43