DC UNIVERSE INFINITE is a fan-first, premium digital comic subscription service featuring the largest collection of DC comics anywhere! Fans can dive in to over 25,000 comic books and graphic novels from DC, Vertigo, DC Black Label and Milestone Media with our newly enhanced digital comic reader. Follow your favorite heroes like Wonder Woman, Batman, Superman and Aquaman through curated collections and key storylines like Flashpoint and Dark Nights: Metal. Save collections, favorites and custom lists in our new MyDC library and download issues for unlimited offline reading. Existing DC Universe subscribers will not need to create a new account, as their DC Universe login will be transferred to DC UNIVERSE INFINITE. Join with a 7-day free trial. After your free trial, you will be charged $7.99/month or $74.99/year, as selected by you, plus applicable taxes. To avoid monthly or annual recurring charges of your subscription fee (which may include local tax depending on your location), you must cancel before the end of your free trial or current billing period. There are no refunds once your subscription term starts. By downloading the app, you agree to the DC UNIVERSE INFINITE Terms of Use and Privacy Policy (New). Ad Choices: policies.warnerbros.com/privacy/en-us/#adchoices Terms of Use: policies.warnerbros.com/terms/en-us Do Not Sell My Personal Information: privacycenter.wb.com/do-not-sell 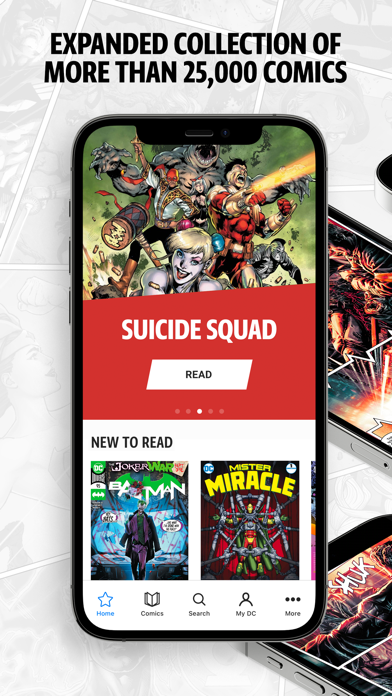 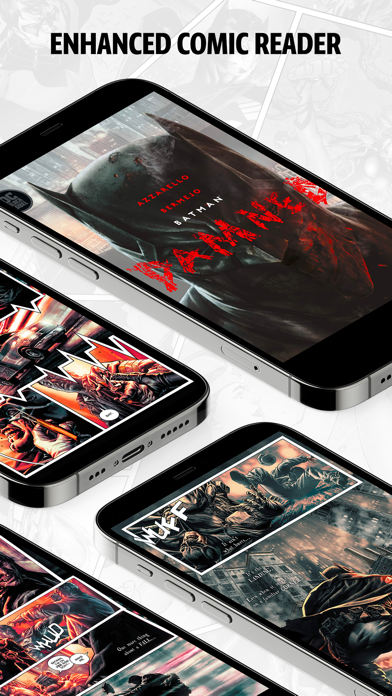 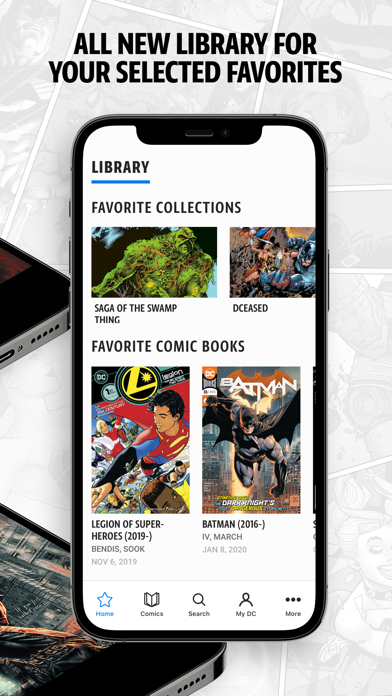 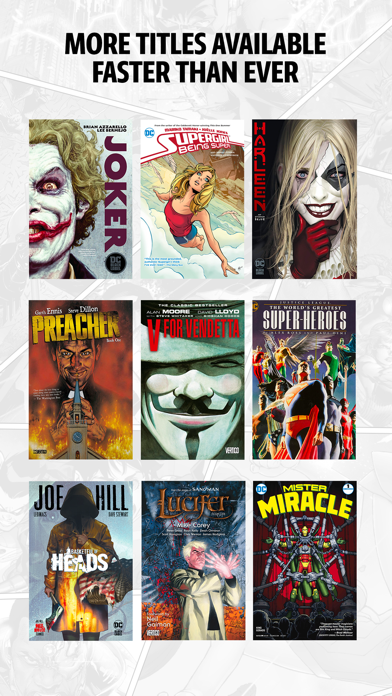 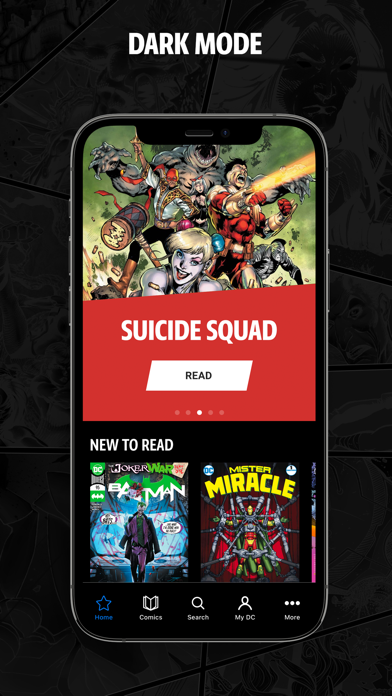 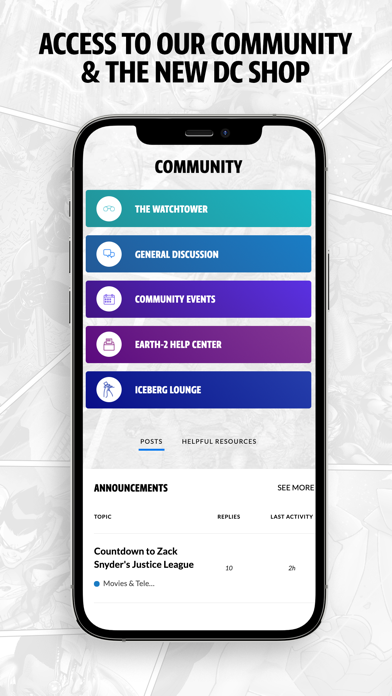 Would have been a higher star review but I. The name of progress. Dc Universe has been made obsolete on my older iPad. Thanks for all the good times but you more or less kicked quite a few fans to the curb. No wonder the comics industry is dying.
By OsoMalHumor

Not sure why but when I choose a book to read nothing loads, or if it does it will be one page every twenty minutes. Did a speed check to make sure it wasn’t my network and had 5G speeds, so not sure what the issue is. It’s kind of annoying to have just subbed though and I can’t read anything.
By mlkingnc

The comics are awesome, but this app is TERRIBLE. I’ve been a subscriber for 3 years, and the new comics-only version of the app is an absolute mess. Sections will take forever to load (over a minute). You tap on button and nothing will happen. Or you tap and then wait as the item you selects eventually loads (even though there’s no indication anything is loading). In the comics themselves, you can’t keep swiping to move pages. You have to swipe and then wait (if the page is a fast read you’ll find yourself swiping and nothing happening). This is true even if you’ve downloaded the comic! And the downloading is an absolute nightmare. It’s great that you have unlimited downloads, but the bugs are so bad you’ll be waiting forever just for the option to download to pop up. And then once it begins downloading the whole app is frozen. I legitimately do other things while I wait for the comics to load. This app SHOULD be great. It has everything it already needs. It just runs like absolute garbage. I mean, it feels like something out of the early 2000s and you’re running it on dialup. I don’t know why, update after update, none of these glaring issues get fixed (for reference I’m running an up to date iPadOS with an up to date version of the app on an iPad Pro 2018). I hope they fix the many issues because this app would be AWESOME otherwise and a comic fans dream. Right now it’s just SO BAD.
By Space Cowboy Joker

This is one of the worst apps. Downloads are forever and goodluck doing a search. Been using since 2016 and it’s just keeps getting worse…. Waiting for my subscription to end and wont renew
By Andre113

It’s a bit slow and unresponsive but I gave that a pass. However, what’s a big disappointment is that the offline reading doesn’t work. And I’m seeing similar users giving reviews with iPad Pros experiencing this problem! I’m willing to support DC and this app but not with this crap. Fix it!
By IG0tTast3

Doesn’t work much of the time

I open a comic and I get a blank white or black screen with the loading icon spinning around. I get this more than I get to read the comics. I am asking for my money back. This app is a waste of money. I spent 8 bucks on this travesty of an app and it hardly ever works. Horrible app. All these 5 star reviews must be bought and paid for by DC. I use the Marvel app and it works flawlessly. This app really is terrible.
By DyreLogan

I have thus far been able to read a single page of a comic on this app, and even that was only briefly available. I can’t view the comics online, I can’t download them. Even the one page I was able to see is now stuck in a perpetual load, and then just a picture of Alfred saying there was a problem. I made sure to change the settings to allow the app to use cellular data, but it won’t do anything. My Marvel Unlimited app works just fine on cellular, which is irritating given I’ve always preferred DC and would really like to go through their catalog. I don’t understand the problem. DC isn’t a startup, they have the means to make a serviceable app, but even the good reviews on here are all some variation on “despite the bugs, it’s still worth it.”
By piratedessa

I love the app Absolutely amazing !!!
By Giulio2213

One major gripe that ruins it

This is not optimized for iPhones with notches. In the zoom-panel mode, whole portions of dialogue are cut off. I only have my phone, and if I have to constantly zoom in and out with some artists styles, and while it seems so silly it becomes really tedious. If reading comics is tedious and I don’t use it, I’d rather cancel this service and put that money towards more physical comics from shops. Again, I know it seems silly because otherwise it’s a very good service, I don’t have any other issues. But not all of us have tablets and all newer iPhones have notches, so I can’t be the only one. ¯\_(ツ)_/¯
By wildin'

What happened to the shows