Color for fun with tons of images to choose from. Relieve stress and discover the real art of pixels. Practice & improve your fine motor skills, develop your concentration and ability to focus. Relax and play now! FEATURES • Tons of images and a variety of categories: Animals, Objects, Mandala, Pattern, Floral, Art, Food & More • Create your own art using the Photo feature: take a selfie/picture of whatever you like • Challenging images by difficulty; easy, normal, hard and insane for the pros! • Pixel Finder • Coloring Tool: Magic Wand • Share your art with friends with just one tap! • Easily see when you have finished coloring every number • Color Offline! No internet connection required • Sound on/off GET FULL ACCESS & COLOR EVERY DAY Upgrade to a Premium Membership and receive the following ongoing value: • All Images Unlocked • A New Image Every Day • Premium Customer Support • Remove Ads This subscription is valid for a period of a week (with a three day trial), a month, or a year. If you choose to purchase a subscription, payment will be charged to your iTunes account, and your account will be charged within 24-hours prior to the end of the free trial or current period (only valid for the Weekly Subscription). Subscription with a free trial period will automatically renew to a paid subscription. Any unused portion of a free trial period (if offered) will be forfeited when you purchase a premium subscription during the free trial period. You can cancel the automatic renewal of your subscription at any time by going to your settings in the iTunes store after purchase. The cancellation will take effect the day after the last day of the current subscription period, and you will be downgraded to the free service. Terms & Conditions: https://impalastudios.com/terms  Privacy Policy: https://impalastudios.com/privacy -- WE LOVE FEEDBACK -- As always, we appreciate your feedback. Please email us at feedback@impalastudios.com with any suggestions or questions. If you are happy with our app, please let us know by rating and reviewing us in the App Store! Color by Number is the coloring app for kids and adults. -- ENJOY COLORING EVERY DAY -- 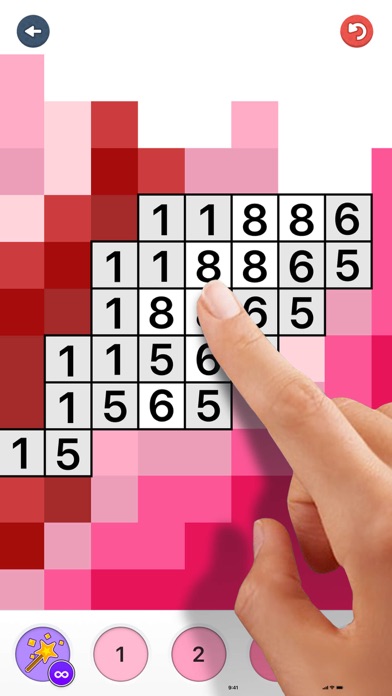 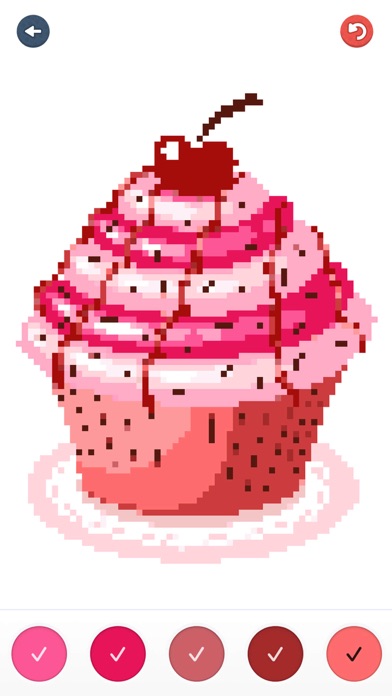 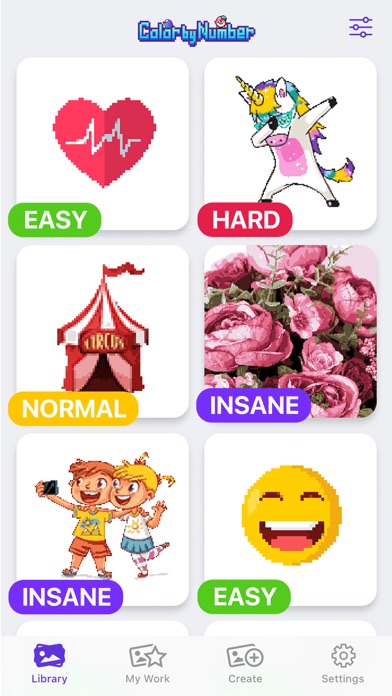 After updating the latest version. Colouring glitch, no more smooth like previous version .
By NulHyra

I miss the old version

The old version was waaaaaay better, bc there were many more options, categories , and there were animated pictures! Me, being me, get lazy at some point, had, on the old version, frequently used the “wand”, or the filler tool, and for some reason, mine right now, NEVER works!!! I don’t know if this tool is doing this to other users have found this a problem as well, but it is very aggravating and would like to tell you this. Otherwise a great app.
By Your phsyco girlfriend

Enjoy the images but find I need more challenging images that are hard and insane.
By Estachi

The game is good but the difficulty level are insane!?
By Troll 3467

Nothing much, except this is pretty cool, but I wish a lot more colorings were free.
By Anoopan

When I first found this app the pictures offered were amazing the hard and insane were just that. The pictures themselves were interesting. I paid the year subscription. Just to access such pictures. I paid again this year and the pictures are no where near as good. They just slap the insane title on easy pictures. The pictures to color being offered are boring and uninteresting. This was the best app I ever found but now it is less than average. I am canceling my subscription immediately. I’ve waited 3 months for them to get back on track and it’s obviously not going to happen. Very disappointed in the creators.
By felion13

As you can tell by the title some of the colors aren't really that bold and they still show the number. I was just doing an insane coloring and the last color number was 91 and when I tried coloring it, it didn't do anything. It just made the bloop sound when you color in a square. So can you please make an update that fixes the complaint me and probably other users have with this. Thanks in advance.
By snowmaneatsrock

It so FUN and it the BEST GAME Ever
By nixpe

How Good This Game Is

This Game Looks Fun And I Have Not Tried It Yet.And I Gave It A Five Star I hope You Apreseate It Verry Verry Much I Love This Game And It Looks Like It Is A Lot Of Fun
By Jlcrn2b04