"To my side, my noble Einherjar!" An intricate and evocative tale of fates woven by gods and mortals, steeped in Norse mythology, punctuated by groundbreaking combat, and brought to life by a soundtrack considered among gaming's greatest. Behold the origin of the VALKYRIE PROFILE franchise for yourself. Added features and enhancements make it easier than ever to enjoy VALKYRIE PROFILE: LENNETH. KEY FEATURES -Intertwining tales that spin a captivating story amid the epic backdrop of Norse Mythology -Deep, action-packed combat, with exhilarating combos and satisfying special attacks -Motoi Sakuraba's timeless soundtrack -Multiple endings based on your actions and choices MYTHOS Long ago, the worlds were forged: Midgard, the domain of mortals, and Asgard, the realm of celestial beings—elves, giants, and gods. Amid the heavens, the sands of time flowed peaceably, until one fateful day. What began as a simple feud between the Aesir and Vanir would soon ignite a divine war that would come to rage across the lands of men, heralding the coming of the end of the world. STORY By Odin's command the battle maiden descends from Valhalla, surveying the chaos of Midgard, seeking the souls of the worthy. She is the Chooser of the Slain. She is the Hand of Destiny. She is the Valkyrie. As war ravages Asgard above and Ragnarok threatens the world's end, she must learn her own story, and discover her own destiny. From the heavens on high to the world down below, the battle for the souls of gods and men begins. GATHER YOUR EINHERJAR Odin has tasked you with gathering Einherjar, the souls of worthy, and offering them to the gods as able warriors. -Recruit Einherjar Perform Spiritual Concentration from the overworld to find fallen souls, then visit them to witness the circumstances of their fates and recruit them. -Develop Einherjar in Combat Fight alongside your Einherjar, and sharpen their skills and abilities to enhance their value as warriors. -Send Einherjar to Asgard Once they are worthy, send the warriors forth to the heavens, making sure they are suitably equipped for the great war. -Hear of Their Exploits Learn how your Einherjar have fared in Asgard at the end of each chapter. ADDED FEATURES -Intuitive controls and UI catered to touchscreen -Smartphone-optimized graphics -Save-anywhere and autosave functions for on-the-go play -Auto-battle option for combat -Booster options available for purchase REQUIREMENTS iOS 8 or later PERIPHERAL SUPPORT Partial support for game controllers 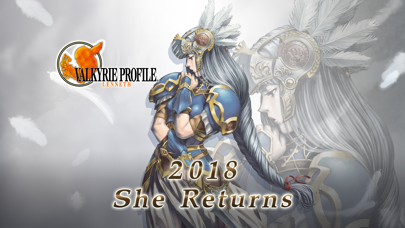 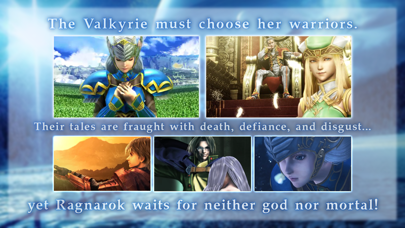 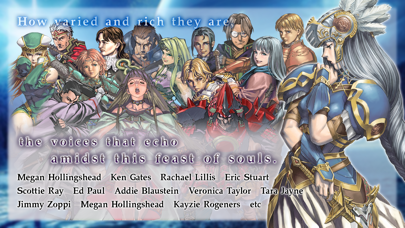 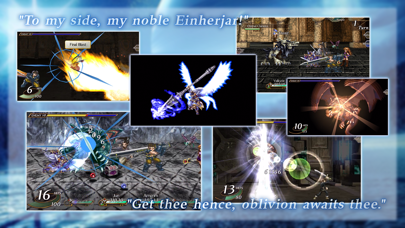 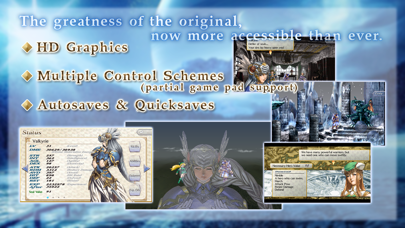 Horrible controls. This should be a free app.
By snakewiener

Was so psyched to play this port, and on top of it a Square Enix sale was going on so I had to buy it! Unfortunately the controls are next to impossible making the game unplayable. I noticed so many reviews asking for the controls to be fixed, and this has been going on for over a year? Ridiculous. Hopefully one day Square will stand up and fix this broken port of Valkyrie Profile.
By DeepBlueOcean84

Needs some work to be perfect

This is, my favorite game of all time. I still own it on PS1. Everything from the PSP game is here, but my main complaint is you desperately need better controller support. It basically doesn’t have any, as you are often having to tap the screen for menus. Please, actually add official MFi support.
By TriEdge D Trace

A game worth replaying

One of my all time favorite games. Choices matter. I like seeing the best outcomes for my soldiers.
By jokleman

Seems to be better than expectedly.

Yes just by reading the info I didn’t read before. How cool is it to recruit humans to a celestial war in a square Enix game. Battle of the Valkyrie up against the forces of darkness. As Norse gods in mythology. Although, I prefer to recruit people to eternal life in The actual paradise in this life, heaven. Romans 10:13 New American Standard Bible (NASB) 13 for “Whoever will call on the name of the Lord will be saved.” The name of the Lord is Jesus Christ, just a tad Bit of trust in his ability to save you from whatever corruption you’ve committed, we’ve all committed. Will be enough to Bring you to heaven. Ya don’t even gotta work for it. Praise him for he is God and he is good “Praise you Jesus, hallelujah”
By Wdardine

I actually grew up playing Valkyrie Profile alongside with Final Fantasy 7 for my Playstation but my memory of this game is not with me but I remember enjoying this game very much especially with 2 soundtracks in this game which were awesome to listen to I’m glad I got the chance to play this wonderful game again thank you for the memories Square Enix. Sincerely, Noah Lewis/Lewis H/ Lewis Himeko
By Nlighthouse

Great port: unplayable due to controls

This is and has been one of my favorite jrpgs of all time. I played it originally on the ps1 and then years later on the psp. This game is truly a gem with nothing else like it. So why one stars? The on screen dpad/analog/does-whatever-it-wants directional pad to move turns a fun nostalgic experience into a frustrating one as soon as the first dungeon. I know this was an Enix game originally but did no one tell SE that this game is 60% platformer? This game was released on ps1 and then psp both of which did not need analog control so why in the name of yevon is there a fake analog dpad our only option to move around? To me that just shows that this port wasn’t fully play tested. The last palace in the game is nearly unplayable. Please for the love of god add a D pad setting with adjustable sizes. You’d think for a (17.99) premium priced game with MACRO-TRANSACTIONS (which basically amount to paying for cheat codes lol) that this developer would be able to add such a small feature. Please. The game is not unplayable but you’ll essentially be fighting the controls in every single dungeon and town, falling off ledges into spikes, and having to constantly restart platforming sections. If you have the resources save yourself the trouble and play this one on the psp you’ll be a lot happier. (If SE fixes this small control issue I will delete and re write this review- Robbie Dagger out)
By Robbie Dagger

A Must Play for RPG fans

This game quickly quickly quickly became one of my favorites of all time. Wow this game is fun, and is very unique in its concept. I am an enormous JRPG player, and I would’ve never discovered this game if not for this iOS port. Now I am so hungry to play the second one, which I am praying will also gain its iOS port. This is one of the JRPG must-haves, much like Chrono Trigger and all things Final Fantasy. The only thing to watch out for is the difficult trick. The real ending to the game can only be obtained on hard difficulty, but don’t be intimidated, like I was, because it’s not actually any harder. I had to beat it on normal and then hard and I wasn’t even mad. I love this game. Thank you Apple for this port, and as always, thank you Square Enix for another classic RPG.
By Slender am is the best

Game would be awesome if the controls were not so bad. Certain levels are impossible using touch controls.
By Angry user man

The World Ends with You: Solo Remix

The World Ends with You: Solo Remix for iPad