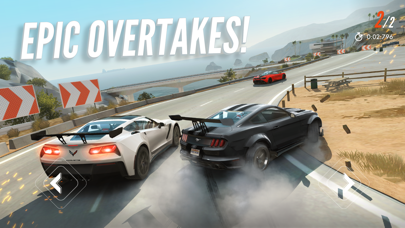 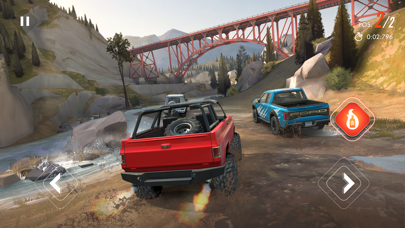 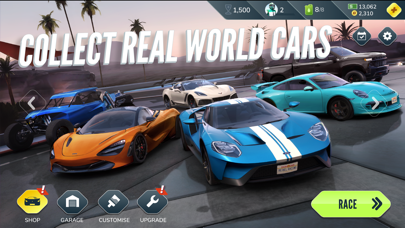 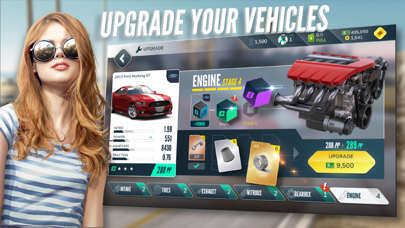 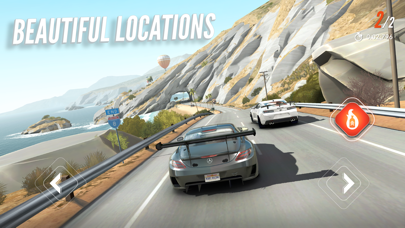 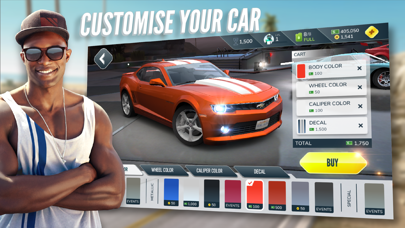 Don’t waste your time or money.

This games is NOT worth the time or money they want you to spend to upgrade and/or advance. The events require so much gold to enter you can’t even enter. Upgrades take sooooo long and then you’re basically at a stand still because if you want to upgrade to advance to other levels and cars you have to spend real money. The races are a joke. They start you in the back and basically make it to where you can’t catch UNLESS, you guessed it, spend money. This game will never be anywhere close to Need for Speed......
By forsakenplayer

Superfun I just wish we had more gas so we could play more😀
By Usa829:92

I love this game down load it for free and play it it is awesome you will never stop playing it.!!!
By The execlent Rebel

Game is a little too pay to play

Let me start off by saying, I understand the concept and reason for in game purchases to pay the wallets of the game studio members and owner’s. However, out of all the “free” racing games I have played this one has been the most deliberately aggressive right off the bat. Typical fashion of these kind of games is to treat you right and make things fairly easy for your first day or two in. But with this game I didn’t make it further than an hour before I was broke and out of gas. And this game is the first to not offer a free refill or earn gas tanks. Also the gold in this game is so grindy to earn. In other racing games it’s of course slow to earn but not this slow. This game really is determined to make a weak player shovel over their hard earned money. Despite that being the biggest problem I have. The game is pretty and it’s alright to hop on for a few minutes a day and hop off.
By Mr.Bragdon

I’m giving it a 4 star cause it’s a really good game but it can be more than that, It needs more cars, more stuff that u can edit ur car with like new rims or spoilers...., Also to add a map when you’re in a race, u don’t know when you’re going to finish the race or when it’s the right time to use the nitro boost. Thanks :)
By AndyLilz

It is a good game for wasting time but I have a few complaints. First, the fuel. Make the gas tanks bigger and add more tracks. It gets boring playing the same 3 tracks. Second, don’t make the blazer cost real money. You did an update and added that so there was more to do. Why would you make it cost money? The races are also too easy. It says it is impossible but I win by a half of a second. Lastly, make it easier to get money. To upgrade now I have to race like 20 times before I get enough money.
By hdhdhf dydudnfgfyfhhrbdg

They are going to make you pay!

Am being playing this game but when e need to play they don’t let you play more they make you pay, buying stuff which is ridiculous don’t play the game but if you are rich or stupid do it! Find free games to play have a lot this game is going to make you angry and not happy thank you!
By noMoney0