Stream the entire 2021 F1 season live or on demand with F1 TV Pro. Bring the excitement of the F1 GP weekend, with exclusive shows, features and data, straight to your favourite devices with the premium ad-free streaming service. F1 TV PRO FEATURES: WATCH EVERY GP TRACK SESSION, LIVE & ON DEMAND • Live stream all Formula 1® track sessions from the Grand Prix weekend • Get expert commentary on the Pit Lane channel • Broadcast available in 6 languages • Stream the F2, F3 and Porsche Supercup series • Watch full race replays and highlights on demand • Exclusive Pre-race and Tech Talk shows • Catch-up with Driver’s press conferences & strategy review shows TAILOR YOUR VIEW TO YOUR FAVOURITE DRIVERS AND TEAMS • Personalise your racing viewpoint with your choice of 20 onboard driver cameras (Available live and on-demand) • Listen in on team strategies with the live uncensored Team Radio F1 TV ACCESS FEATURES: • Full exclusive access to Live Timing Data, Maps and Analysis • Watch full race replays and highlights on demand • F1 shows and documentaries • On demand access to all F1 driver onboard cameras* • Watch all F2, F3, Porsche Supercup replays* • 1600+ hours of historic race archives YOUR ACCOUNT, YOUR WAY: • Sign up for a monthly plan or save up to 32%** with an annual subscription • Watch on six devices at once at no extra cost • Premium ad-free experience • Maintain your home plan eligibility when travelling abroad *Only available in select territories. **Annual Savings and prices may vary by country If you subscribe via iTunes: Payment will be charged to your iTunes account at confirmation of purchase. Subscriptions automatically renew unless auto-renew is turned off at least 24-hours before the end of the current billing period. Account will be charged for renewal within 24 hours prior to the end of the current period at the rate of the selected plan. Subscriptions and auto-renewal may be managed by going to the user's Account Settings after purchase. For help with F1TV, please visit: https://support.f1.tv/s/?language=en_US Terms of use: https://account.formula1.com/#/en/f1-apps-terms-of-use Privacy policy: https://account.formula1.com/#/en/privacy-policy 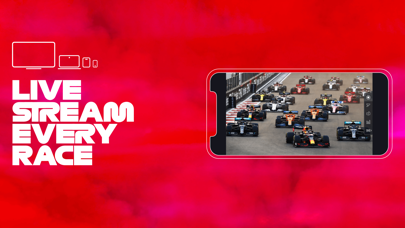 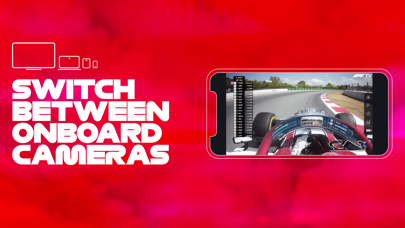 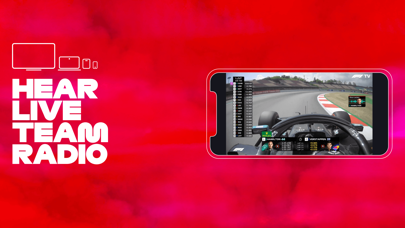 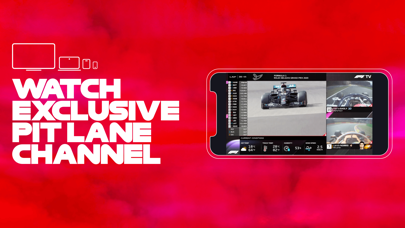 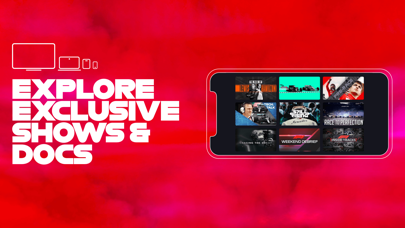 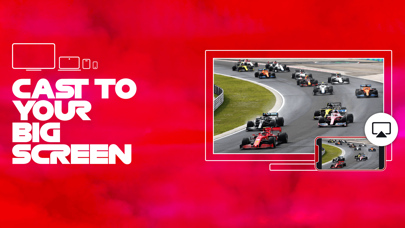 Dropping from 1 star to zero. Do not buy the live viewing package. NEW PROBLEM: If your phone locks (which happens normally) and you go back to the F1 app it loses your place. Often it jumps back to 0:00 but sometimes randomly back to earlier in the race. The Network Errors other reviewers reference is spot on - but seem less common this year.
By STEVEss3133432

Personally I don’t understand or know how difficult it is to create an app that can connect to local devices under the same internet connection. But seeing as every single other app gets it right I don’t get how liberty media can’t just create a solid app that work at least some of the time. If I could honestly give 0 stars I would. This app is so unreliable, or rather it works 1% of the time. Only when I reset my router, turn off my phone, and restart my tv does it work after the 5th time. This is unacceptable for such an expensive app. Do not recommend, but seeing as its the only option to watch the sport I love live I’m forced to put up with it.
By LuisA.Diaz

Will Not Cast Live

When you try to cast the event to your TV, there will be 10 seconds delay. When you hit the live button on the side it will delay the event further than the actual. Please fix it
By ABCDhrt

I’m unable to view this week’s race because my “subscription expired”, which it didn’t. When I select “Restore purchase” a message appears and the app hangs. Ugh…always problems with this app!
By csgexec

Don’t even bothering with this app. It crashes constantly. I’ve yet to be able to get through a single race without the app crashing or video freezing repeatedly. What a disappointment.
By Disappointed user in tx

the worst app ever

It costs a lot and has never worked smoothly, everything is a battle and it’s glitchy if you can get it streaming. I’m in awe at how bad this app is, especially considering the resources F1 has.
By bbselement

I only bought this app

so I wouldn't have to hear the idiot announcers talk over the actual race. In that regard, I love this app. That they cannot make this app work with airplay is just weak and pathetic. I'd be pretty upset if I didn't have a physical adapter and cable. There's really no excuse for the airplay failures. The app clearly sees the tv, the tv clearly receives signal from the app. And yet there it is, failing over and over and over. At least I don't have to listen to those fools.
By nnssjjiiiwwpoyygg

So much better than it used to be

Much much better than it used to be. Still sometimes drops to a poor resolution and the odd crash but less often.
By Xen212

Why are you guys complaining

No problem great app definitely worth the price
By zabrodsk