Organize your recipes. Create grocery lists. Plan your meals. Download recipes from your favorite websites. Seamlessly sync to all your devices. Features • Recipes - Download recipes from your favorite websites, or add your own. • Grocery Lists - Create smart grocery lists that automatically combine ingredients and sort them by aisle. • Pantry - Use the pantry to keep track of which ingredients you have and when they expire. • Meal Planner - Plan your meals using our daily, weekly, or monthly calendars. • Menus - Save your favorite meal plans as reusable menus. • Sync - Keep your recipes, grocery lists, and meal plans synced between all your devices. • Adjust - Scale ingredients to your desired serving size, and convert between measurements. • Cook - Keep the screen on while cooking, cross off ingredients, and highlight your current step. • Search - Organize your recipes into categories and subcategories. Search by name, ingredient, and more. • Timers - Cook times are automatically detected in your directions. Simply tap on one to start a timer. • Import - Import from existing apps such as MacGourmet, YummySoup!, MasterCook & Living Cookbook. • Export - Export your meal plans to Calendar and your grocery lists to Reminders. • Share - Share recipes via AirDrop or email. • Print - Print recipes, grocery lists, menus, and meal plans. Recipes support multiple print formats including index cards. • Extensions - Save recipes directly in Safari and view today's scheduled meals. • Bookmarklet - Download recipes from any browser straight into your Paprika Cloud Sync account. • Offline Access - All of your data is stored locally. No internet connection is required to view your recipes. What's New in 3.0 • iPhone X and iOS 11 support. • iOS app is now universal. • Multitasking support on iPad. • Add multiple, full-sized photos to each recipe. Embed photos in your directions. • Insert links to other recipes or websites in your ingredients or directions. • Format recipes using bold and italics. • Convert ingredient measurements between standard and metric. • Search for recipes across multiple categories. • Add custom aisles to your grocery list and re-arrange them in your preferred order. • Create multiple grocery lists. • Add custom ingredients to the pantry. Track quantities, purchase dates, and expiration dates. • Move items back and forth between the pantry and grocery list. • Add custom meal types to the meal planner. • Create reusable menus that span multiple days. Platforms Paprika is available on multiple platforms so you can access it on all of your devices. Please note that each version is sold separately. 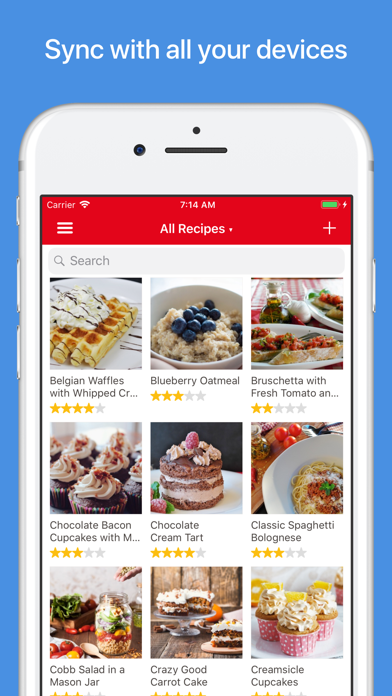 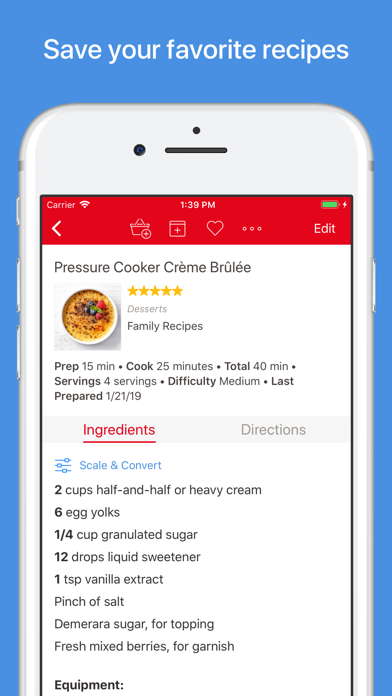 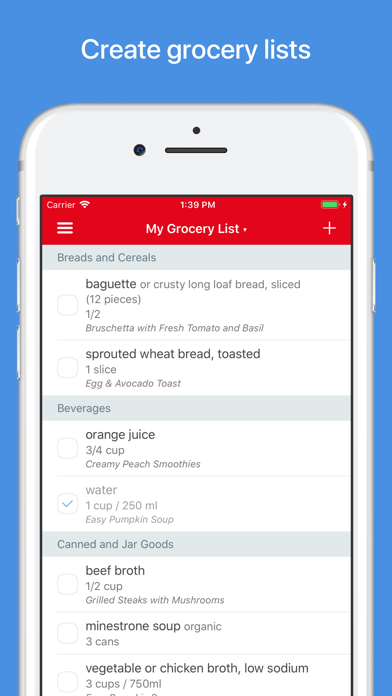 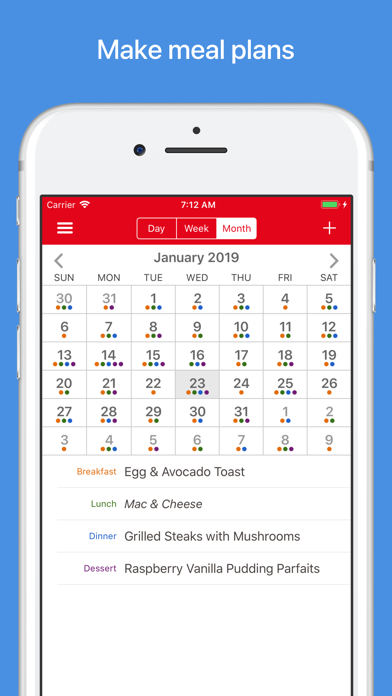 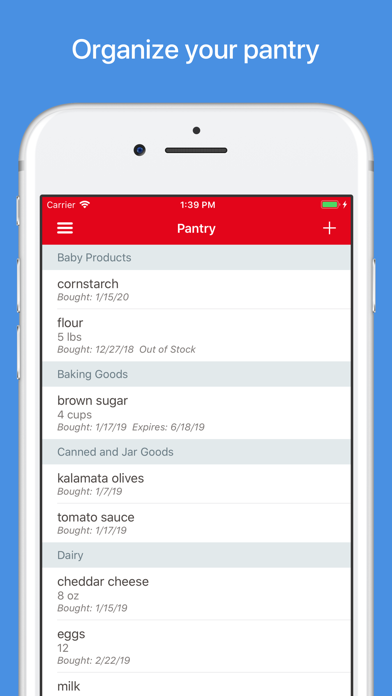 This app seems like a really great idea but I can never add recipes that I have in a cookbook or something I made up myself. Has to be all stuff that I can find online or else the app crashes when I try to save after spending a long time creating a recipe. DO NOT LEAVE THE APP WHILE ADDING A RECIPE for any reason. Not to reply to a text, answer a call, or take a picture of a recipe, it won’t save and you’ll have to start from scratch. For something I paid $5 I would expect it to work. Not at all impressed. Also pay close attention to the conversions. I cook for just two people so I have to cut a lot of recipes in half and if the recipe isn’t super clear, then the app won’t be able to convert it properly and you may end up with way too much of an ingredient if you aren’t paying attention. Hope these issues get resolved because I was really looking forward to this seemingly very useful app.
By bricatbri

There not one thing I would add to this amazing app. I love that it make a grocery list.
By AnnaSara7

Works great on Mac, iPad, Android phone and iPhone. Easily the best cross platform recipe app out there
By funkypenguins

I have been using Paprika 3 for almost 2 yrs. It is very easy to use. I like the feature where it stores the most common terms used in the recipe. That greatly simplifies the recipe writing part.
By Salanepu

I was under the impression that all you had to do was add the recipes and then it would generate a list for you. It does not. You have to still go and manually add each ingredient? What’s the point? What a waste of money.
By Vote4Donnelley

I don’t purchase apps but this is so worth it!!! I tell everyone I know they need this app. So many rich features for everyday use, easy downloading of recipes, syncing between devices, developers that listen and use suggestions and quickly implement them. Thank you Paprika
By h-g1

I am using the app for finding recipes to meal plan/prep, grocery lists, and to save money. Love the meal planning section and browsing for ideas. I wish I was able to easily message my friends/family who have the same app. Emailing is cumbersome.
By Pepka2

The most faithful I’ve ever been to an app

I’ve used this app longer than I can remember. I’ve checked out others, but nothing compares. You’ve got me, I’m not going anywhere. Super easy to add recipes, add ingredients to the grocery list, I love being able to create endless categories. The only feature I really wish it had is a recipe spinner. With so many recipes in the app now, my tried & true, special occasion, and ones I saved for “someday,” it would be great to just leave it up to fate now and then. Just to bust out of a rut, or pick a new one to try. I’m sticking with Paprika either way, but it would be nice to have!
By 13Jenni13

I don’t think I’ve ever written a review on the App Store. I have had this app since the beginning, and while I likely don’t use it to its full potential, I think it’s a phenomenal recipe manager. I would definitely recommend it.
By cbellgraph7

Great for organizing my various recipes

While on lock-down for the CV pandemic I decided to undertake the massive project of organizing all my recipes that I had a many different places - some in cookbooks, some in an accordion file, some bookmarked on my iPad, etc. This app made it super easy and I love having them all handy and accessible on either my iPad or iPhone. The only thing that I find to be a bit of a bummer is that the search option doesn’t also search through your ingredients list. Discovered this while at the grocery store yesterday when I was looking for a recipe I’d made recently with chicken thighs. Searched on “thighs” to see what all I’d need to pick up, and the recipe didn’t come up so I thought maybe I hadn’t saved it in the app. Realized later that the app was only searching the recipe titles (so should have searched on “chicken”). It would be so great if you could search the ingredients list - sort of a “what can I make if I’ve got sweet potatoes and chicken handy” type option.
By JBinLJ