Merge Gems! gives you the power to merge rocks into beautiful gems! Merge and match rocks, gold and more and enjoy the sparkle and shine of gems. The concept of the game is simple - you’ve got a box of gems, and your only objective is to match and merge them to make them as splendid as possible. Every so often, you’ll be gifted a new gem - and the faster you tap on the ​box at the bottom of the screen, the faster the gems will appear. Start matching the same rocks and gems and find the diamonds in the rough! Play Merge Gems! and discover more gems today! Merge Gems! features: - Merge and match the same items on the board to clear the spaces! - Combine even more and create, bigger, shinier gems for more currency! - Rolling in currency? Buy more gems in the game store. - Build your collection and collect the best jewels in Merge Gems! All you have to do is make your gem collection the best it can be. How shiny is your collection? Merge your gems and turn them into XP to level up. The more space you have, the more impressive your collection can become. Merge and grow your gems to their full potential. Merge, grow, and sparkle with Merge Gems! Use of this application is governed by Zynga’s Terms of Service, found at www.zynga.com/legal/terms-of-service. 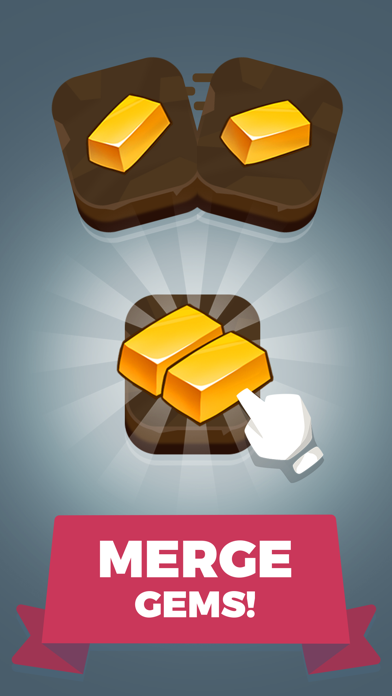 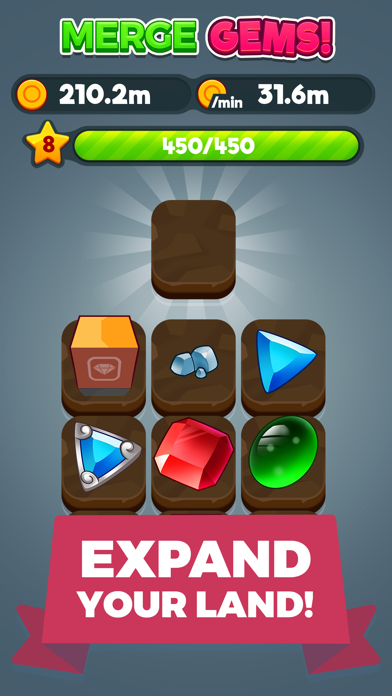 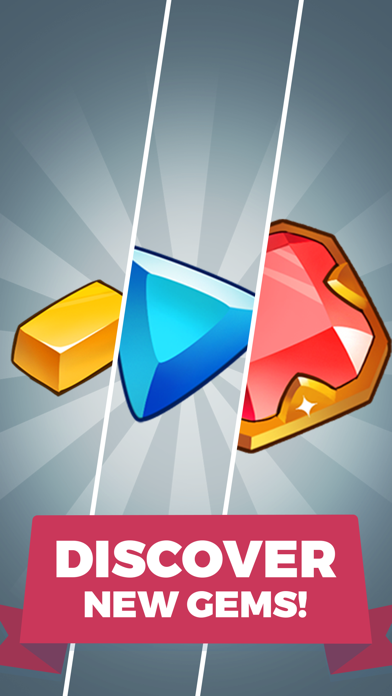 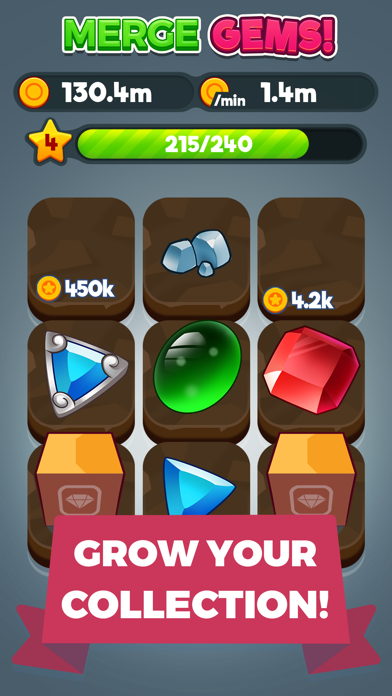 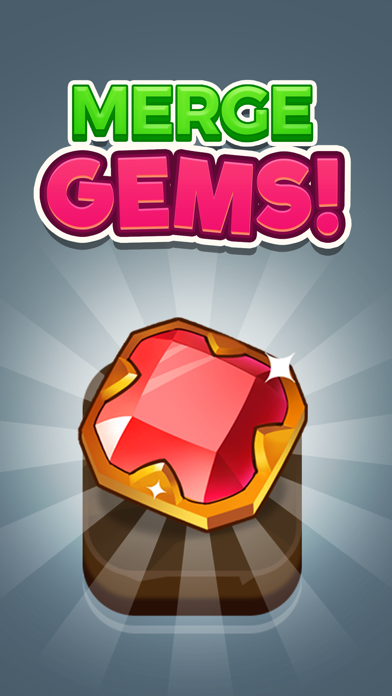 Good but way too many ads

Very laggy after an ad and every time I open the store Surprise here is an ad because why not and when though said ad is over the thing is full so I can not buy gems also the automatic prestige that made me delete it last time I am glad u fixed that although everything that has happened is because of insane amount of ads.Also could you add more worlds
By UCHC TACO NUKE

I downloaded this by the ad of it, and once i played it it was entertaining to play, Thank you, but can you add upgrades? It might be better.
By S-OMD

1 of da best games ever
By Really who knew

Usually when I tried to upgrade the box it usually said 0 so I pressed it and it said purchase failed! I hope you can fix this. Sincerely, Game Merge Fan
By Game Fan Of Merge Games

Fix: 1. THE AD LAGGING! Every time I switch to another world, ad. The ads appear randomly! And sometimes it kicks me out!
By 🐜🐜🐜🐜🦆

I can’t make an in app purchase.

I want to get rid of the ads but when I click to purchase anything all the prices say 0 and if I click the purchase button its says purchase failed.
By LarissaRose99

One of the best games

One of the best games
By That meh

I like the game but it is a bit boring after all it’s just matching stuff.
By judezrin

It’s an amazing app but the thing is it gives me way to many Addams I hate adds but other than that this app is really great.
By me is i 5 yews oldah

This game is great overall the great stuff you’ve been hearing there is one bug that is on my screen and the letter is “E” the Eis very big and takes up almost half top of the screen but I still play it because it is addictive! 😅
By Angel893