*Only Compatable on iPhone 7 and above* Life is Strange: Before the Storm features Chloe Price a 16 year-old rebel who forms an unlikely friendship with Rachel Amber, a beautiful and popular girl destined for success. When Rachel’s world is turned upside down by a family secret it takes their new found alliance to give each other the strength to overcome their demons. - Choice and consequence driven narrative adventure - Multiple endings depending on the choices you make - ‘Backtalk’ - A risk/reward conversation mode that allows Chloe to use her barbed tongue to provoke or get her way - Make your mark on the world with witty tags and drawings - Choose Chloe’s outfit and see how people react to your look - Distinct Licensed indie soundtrack & original score by Daughter 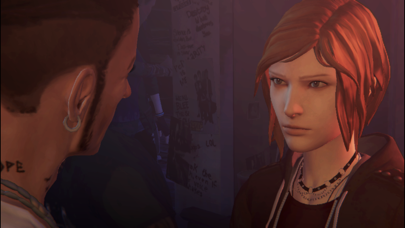 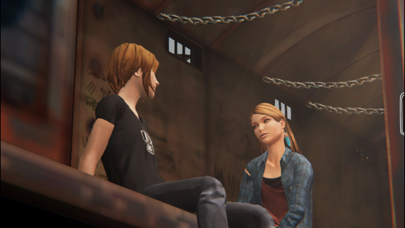 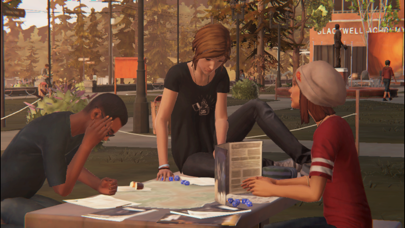 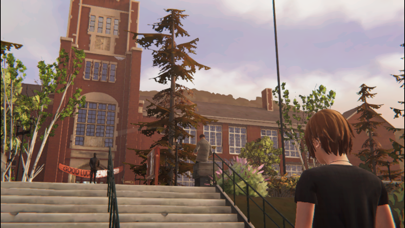 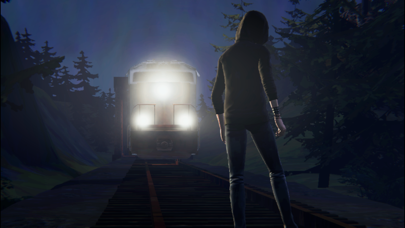 SO AMAZING BEST GAME EVER!

THIS IS THE BEST GAME EVER EVEN THE FIRST LIFE IS STRANGE ITS AMAZING LIKE I CANT EVEN EXPLAIN. I WISH LIFE IS STRANGE 2 IS HERE ON I PHONE BUT it’s not sadly. But this is the best game yet!
By katyfelix

So I came back to this game a year later after uninstalling and saw you have to buy episode 1. Just why? They’re always free but you want us to pay for it? I think it’s a rip but whatever. Do what you want. And this is just my opinion.
By kaseClem2010

i would give -1 stars

i loved the first life is strange game but when i bought this FULL season it won’t even load unless i delete and reload the app which brings me back to the beginning of the game. I tried to fix it and restore purchases, but the app won’t let you click most of the buttons to do so! Wish i could transfer this game to my laptop using apple ID but it’s not set up that way so i either have to spend another $15 to play or just lose what i’ve already spent. smh they should not get away with take peoples money.
By Aduhgy

The game keeps crashing on me during episode 3 in the hospital scene!
By Crispin_Cos

I watched BTS on YouTube bc I didn't have a card attached to my phone to buy it. I read various criticism about the graphics. I didn't understand what ppl meant bc everything looked flawless on the YouTube tutorial movies. I just bought the game a few days ago with my new card. While I love the game, Chloe, and the dialogue, I was disappointed to find out that the flawless YouTube run-throughs were not what I got when I bought the EXPENSIVE game! Somehow, the YouTube movies of BTS fixed all these weird glitches in the graphics. In the game that you pay a lot of money, characters were shot at wrong angles and some were even cut out completely! While I don't care that much, it does take away the emotional impact in certain scenes. The Youtube tutorials were somehow able to fix these filming issues, as well as David’s mouth in episode 1, which the game didn't do. Again, I'm not that bothered, but the game should have clean editing the entire game. The reviews aren't lying when they say the game crashes and you can't continue. I can't get passed the hospital scene, and it upsets me when I see other people complaining about the same things and about them happening at the same moments. We've all complained for months, and these glitches don't look like they'll be fixed by the company. That bugs me and discourages me if the company continues to charge us for something as problematic as this. Also, in the YouTube movies, they dressed Chloe in many outfits I didn't have access to with my season pass. I liked the tank tops she wore. The exclusive outfits are apparently ”deluxe” but I don't know what the deluxe edition means since I bought the whole season pass. Spending 13 plus tax should give you absolutely everything the game has to offer. The original Life is Strange downloaded fine for me. BTS took FOREVER! And I still can't complete the game bc of the constant crashing. I never buy games or spend $13 on entertainment in one day. This game shouldn't have so many glitches for that much money, especially since the glitches seem like they could be simple to fix. I love the game. I don't regret buying it, but I am disappointed with these many problems. I'm not the only one. I also never write reviews. The story is 5 stars, the glitchy app itself is closer to 1 or 2 stars.
By Cellowren

I was not able to get this to download on my new iPhone. I remove the app and put it back on several times but it still would not download on my phone. It kept saying that it had lost connection to please try again later. I really like this game but I think I’m through with it. I would like to have a refund.
By Yiamme

Me lovey life is strange bts

My top favorite game besides the 1st one
By synn661