Uniting favorite characters from popular anime BORUTO: NARUTO NEXT GENERATIONS and NARUTO SHIPPUDEN, NARUTO X BORUTO: Ninja Voltage is a fortress strategy action game based off the popular manga ninja world of Naruto. Grow your village resources, create a ninja fortress and defend it from enemy attacks! Or go on the offensive and invade enemy ninja fortresses by defeating shinobi and traps with your most powerful ninja warriors and ninjutsu! Experience the epic fusion of fortress strategy and shinobi action today! CREATE THE ULTIMATE NINJA CLAN • Collect your favorite shinobi from both the NARUTO SHIPPUDEN and BORUTO: NARUTO NEXT GENERATIONS! popular anime • Including Naruto Uzumaki, Sasuke Uchiha, Boruto Uzumaki, Sarada Uchiha, and many more • Enhance and evolve your ninjas to become the strongest clan STRATEGIC NINJA FORTRESS BATTLES • Design the ultimate shinobi fortress to protect village resources • Defend your fortress from other players with traps, trained shinobi, and more • Compete for Battle Rankings by attacking and protecting fortresses. FAST PACED SHINOBI ACTION • Perform ninja combos with simple controls in a beautiful 3D anime world • Finish your foes with a variety of powerful Ninjutsu attacks such as Naruto Uzumaki's Rasengan • Earn rewards by battling through various ninja missions ONLINE MULTIPLAYER MISSIONS • Join a shinobi guild and go on missions • Team up to 4 players to defeat the unsealed Giant Bosses in Suprise Attack Missions • Or team up to invade and takedown other player's fortresses Get ready to collect and battle with all your favorite NARUTO SHIPPUDEN and BORUTO: NARUTO NEXT GENERATIONS! characters and defend your ninja fortress in the popular anime game, NARUTO X BORUTO: Ninja Voltage today! BANDAI NAMCO Entertainment Inc. Website: http://bandainamcoent.co.jp/english/ By downloading or installing this app, you agree to the BANDAI NAMCO Entertainment Terms of Service. Terms of Service: http://legal.bandainamcoent.co.jp/terms Privacy Policy: http://legal.bandainamcoent.co.jp/privacy Note: This game contains some items available for in-app purchase that can enhance gameplay and speed up your progress. In-app purchases can be disabled in your device settings, see http://support.apple.com/kb/HT4213 for more details. This application is distributed under the official rights from the license holder. Powered by "CRIWARE".CRIWARE is a trademark of CRI Middleware Co., Ltd. 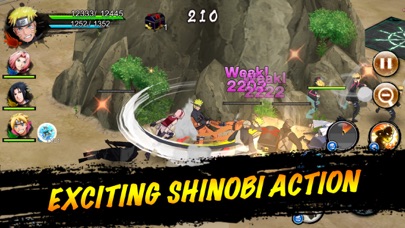 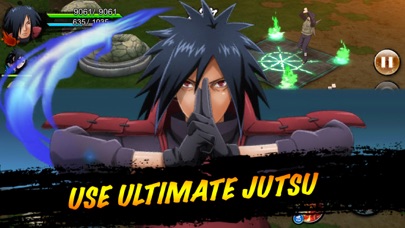 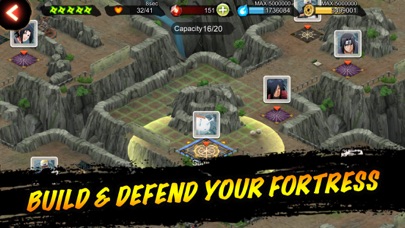 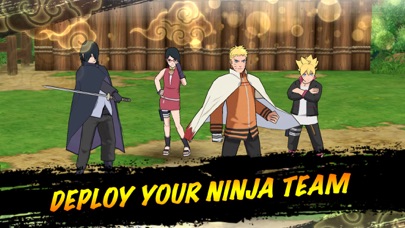 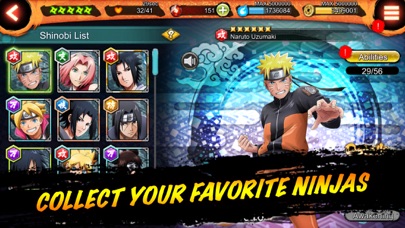 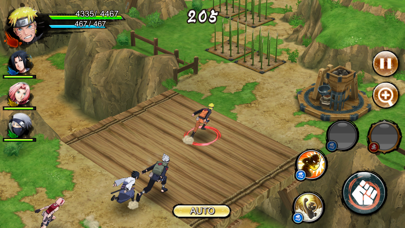 Hello. This game is a great game but can you make it free roaming I would like to able to wonder around . make it player vs player I want to Battle my friend
By tevarism

This game is AWESOME!
By ńåtúwøø

I tried playing it but it says I need more space for it to let me play it and I don’t have much space I’m sure this is a fun game because I’ve seen other people play it but I can’t play it unfortunately :/
By 𝔰𝔦𝔫𝔡𝔶🙊😍

Amazing game but I really want a story mode

Ok, first of all, this game is really good. If you don’t have a ps4 to play the really good naruto games you would have nowhere to go. But this is basically a mobile version which of them. The only problems are that in between every mission, I get booted out of the game and tight back to home screen. Also, I really want a story mode to this because there is no story mode in my missions. If This game did have a story mode it would bring back the memories of before I finished all of the naruto series’s. P.s. It would mean a lot if you fixed the bug. Thank you for your time, Anime lover
By fetasau

Ever since the last update I haven’t been able to do anything. The game constantly crashes and I’m so sick of it. Please fix this. This is my favorite game and it would be really bad if I wasn’t able to play anymore
By Spammer raid bosses

I sincerely believe this game is extraordinary, and the currency and requirements are reachable without paying real money which not many games would have done that. This makes this game different but I would always have a problem with people hacking and I honestly don’t know how to report them I wish you could report them when you are watching your village getting attacked. This glitch or hack lets the user stay safe from the fight and while his shinobies do all the work so he won’t die in the battle and would give him time to use his ultimate justsu. Which I think is unfair and people using this glitch or hack should be reported. Please add a bottom to see the profile of person that has attacked your village and the portions to report the player.
By KevGar04

I love this game I only have one complaint

I have been playing this game for about 2 years now. But 7 months ago I my daily missions started to get completed with out me doing them. I really love this game
By Ricardo147392

It’s good and all