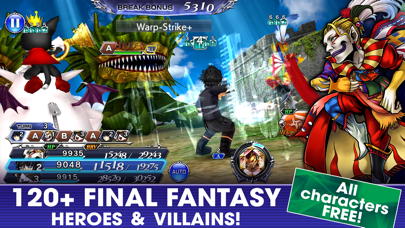 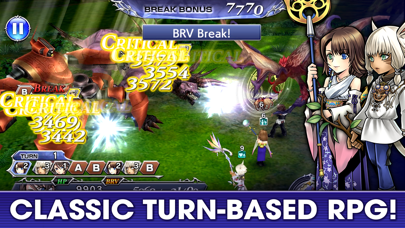 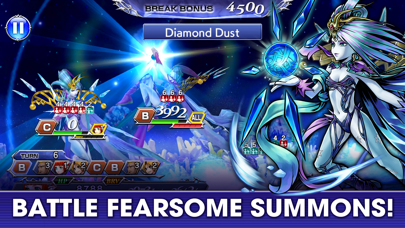 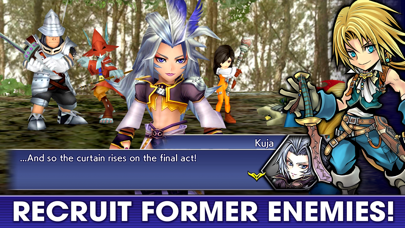 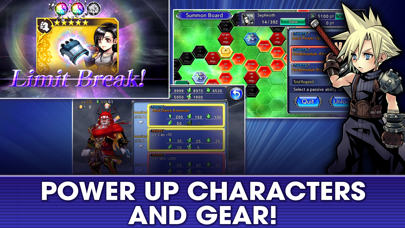 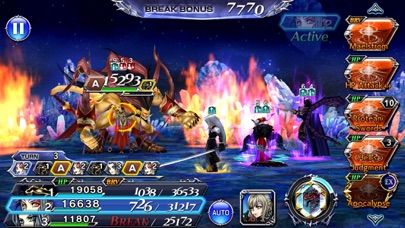 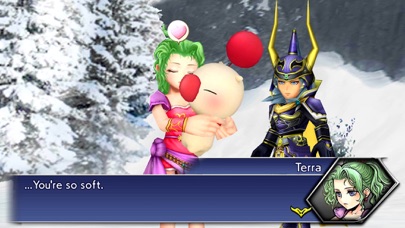 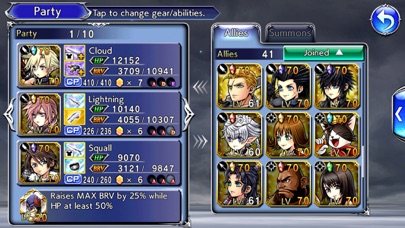 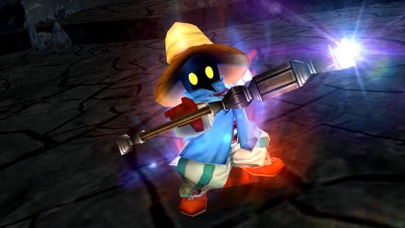 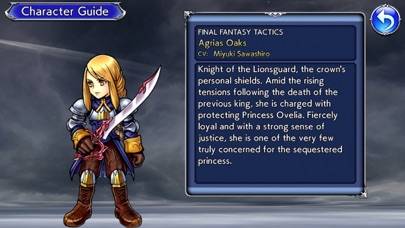 Probably the best rpg on iOS

This is the best mobile game of all time. It piques you’re interest into other FF games you may have not played and makes everything so extremely fun. Gacha games usually are terrible however, this game gives you tons of resources to keep you hooked. SqEx did amazing and the game is worth playing and it is the first game I want to spend money on to keep it going.
By ScotsDamonX

This game was fun for a few weeks. It’s nostalgic and a grind that can keep you entertained... THEN you meet the developers. These people are so proud of themselves they will take your money and give you absolutely nothing. Give them $40 you get a skin and one draw. For $40 there is about a 90% you will get absolutely nothing. Give them $20 and it’s not even enough money to do anything with. It’s basically just a banking system that will store your money until you can afford another $20 to dump into this game. The best characters in this game were NPC in their FF game and that seems really weak too. The game has been around for years and the whales that climb this pay wall are just dumb. Sad to say that after this review I will be deleting this app and I’ve been playing this game for a while. They steal from you. That’s it. Another cool game ruined by an awful RNG, a HUGE paywall, and extremely greedy devs. Like, EXTREMELY greedy. They make the devs from Clash of Clans look cheap. I would give this 5 stars if the developers hadn’t ruined it with this new LD/BT TERRIBLE RNG. Don’t waste your time. The only improvements they’ll make is a new skin for your character and they’ll want no less than $40 for it.
By Just a grav

The story is bland and boring but the gameplay is fantastic! I’ve been playing for almost a year and keep going back periodically. You can absolutely play for free, however I’ve made a costume purchase and was happy to give the developers my money for their hard work. Absolutely recommend if you’re a fan of FF or anime art in general and love turned based gameplay!
By elisakid

The best there is look no further
By Mazzolani

Version 1.17 is busted. Also, drop rates are so low for LD and EX, please fix! I have rolled at least 60k worth of gems if not more and have only gotten one LD. Also, it would take 25 spins or 125k gems to save up for a BT weapon if you are as unlucky as I have been. That just seems ridiculous. Also, by the time I do that, the event will be long gone.
By OoArmsoO

Really Good Game!!. Just need to fix the Bug- I am connected to My Internet and it takes forever to load and connect and every time it says Make sure to be connected to the Internet and I keep pressing Okay then Tap Screen to Start and it keeps showing that messages please fix it
By Penisman1212

I’ve been playing this for 2 years off and on, even switched between my Samsung S9 to iPhone and was still able to keep my progress which was really nice (^:. Okay so If you’re a fan of Final Fantasy, I’m gonna list some pros and cons below of how I feel personally about the game. Pros: -> Completely ad-free. I’ve NEVER came across an Advertisement while playing which on mobile seems really rare. That means more time playing! -> The Cast: You have protagonists and antagonists from almost every FF, with a two new introduced. Most of them are playable. From Warrior of Light to Edge, to Tera, Cloud,, Squall. Tidus, Zidanne, Lightning, and Noctis. Most of these characters mentioned if you’re familiar with the characters in those games you can play as them! Including the bad guy(s)! -> Gameplay: The game is very co-operative gameplay. Not really competitive or PvP (yet who knows, that would be kinda cool though but basically it would be moot/pointless due to everyone having the same party members). I like teaming up with random people on quests to take down whatever event is going on. Pretttyyyy fun for a turn-based rpg. Cons: (not many, nor enough to limit my ranking of the game to four stars) -> Draws for EX/LD/Burst weapons. This can be a bit tedious. So characters have exclusive weapons to them. And sometimes to obtain these weapons you need to use 3 methods, and one has been coming out not as much lately which will be number one. 1.) Free Draws. Basically a free draw event is a one time freebie equivalent to using 5k Diamonds to pull weapons (one guaranteed gold, no guarantee for it to be an EX,LD,or Burst. In that order, the weapons strength increases, Burst being the best. If you don’t get your desired weapon; you’ll end up like me spamming events to trade for free draw tickets, clearing chapters on Hard Mode for extra Diamonds or Summon Boards. 2.) Draw Tickets. Draw Tickets are a one time use item where you can pull items from the gacha one at a time with no charge to Diamonds. You can get these easily enough via events/summon boards. 3.) Diamonds. Diamonds is like the premium currency but to be fair. Early in the game they do hand out a fair bit. Once you’ve done most chapters and their respective hard mode versions; you will then have to grind and trade in tokens from events (beat a quest, get tokens as reward, tokens are currency for crystals to advance your characters, or trade for free draw tickets, Dissidia points or Diamonds sometimes, and other fun stuff). Or you’ll be forced to buy them if you don’t have the time to play that much )^: -> Costumes: Some characters in-game can get alternate costumers. (Squad his SeeD outfit instead of his black jacket/pants) etc. The alternate costumes are locked strictly behind paywall but at the end of the day, it’s cosmetic. So i can’t deduct a star for a game trying to earn revenue keeping it f2p ad-free with things like this that no way affect the way a characters abilities are. the end for now:’D hope to see you on! It’s a good game really.
By Goodluckandgoodnight

I’ve been a f2p player for about 2 years. Have done every story mission normal and hard, every lost chapter, have all characters at max level, and completed every tier of dimensions end. I could only do this due to the abundance of resources given out for all content and a lot of preplanning on what I’m going to pull on. The pity system is a life saver when you just don’t have luck with you. Monthly community streams are nice to know what’s coming. Love this game
By Morlanna