Get pregnant faster with Premom, a smart ovulation tracker app proven to be more accurate with cycle predictions. Our pregnancy and ovulation app combined with our 6-year best-seller Easy@Home ovulation tests have helped women achieve a higher pregnancy rate when in our free Money-Back Guarantee Program. Ovulation tracking shouldn’t be difficult – so we made it easy. Get an automatic ovulation test reader, personalized smart fertility tracker, ovulation calendar and Basal Body Temperature (BBT) chart. Our advanced AI technology predicts your most fertile days more accurately than other period tracker apps that rely on physical fertility symptoms. Get cycle and ovulation insights with our all-in-one personalized ovulation calendar and period tracker based on your body’s real hormone levels. Regardless of your life stage, you can easily monitor your cycle, ovulation and pregnancy with our helpful features. Better understand your body with Premom Premium and get monthly cycle reports with personalized insights, charts, and tips from fertility experts based on your unique menstrual cycle. You don’t have to navigate your ovulation tracking journey alone. On Premom, you can connect with thousands of TTC women to share experiences, ask anonymous questions and get advice on your cycle tracking. Explore 100+ expert-created content, ask your fertility questions, or meet virtually with a fertility specialist. It’s ovulation tracking made specially for you. Know your fertile window and ovulation to increase your chances of pregnancy with Premom. Simple & Effective Ovulation Tracker • Track your ovulation and understand your body’s cycles with our ovulation app • Predict your menstrual cycle accurately based on ovulation test and BBT with option to be connected with Apple’s Health app allowing export or import of your BBT • Scan your ovulation test and instantly know your chances of pregnancy • Ovulation calculator and charting lets you understand when your most fertile days are • Log 50+ symptoms and moods to monitor hormonal changes and get accurate ovulation predictions Fertility, Pregnancy & Ovulation Calendar • Keep a diary of your pregnancy symptoms and mood swings to understand your cycles better • Positive pregnancy test? Premom’s pregnancy mode tracks your baby’s week by week growth and learn what to expect during pregnancy • Get Physician-designed cycle reports to optimize your cycle • Export your cycle data to share with your doctor Learn from Fertility Experts • Virtual consultations with a fertility doctor or specialist lets you ask important questions from the comfort of your own home. Have your data interpreted and analyzed from the comfort of your own home • Search our expansive library of expert-answered questions and content Fertility Community • Ask anonymous questions and search for advice from preconception through pregnancy. Share your ovulation & pregnancy tests and BBT charts and receive support from thousands of women. Download Premom - the more accurate period and ovulation tracker for your fertility journey! SUBSCRIPTION INFORMATION Premom offers a subscription service (“Premium”) that provides you with a more personalized experience, physician-designed cycle insights and expert services. • Payment will be charged to your iTunes account after payment confirmation • Subscription automatically renews unless auto-renewal is turned off at least 24 hours before the end of the current billing cycle • Your iTunes account will be charged for renewal within 24 hours of the end of the current billing cycle • Subscriptions can be managed and auto-renewal may be turned off by going to your Account Settings after purchase Guarantee info: https://premom.com/pages/money-back-guarantee-program For more information, visit: https://support.apple.com/en-us/HT202039 Privacy Policy: https://premom.com/pages/privacy-policy Terms of Service: https://premom.com/pages/terms-of-service Questions? Email support@premom.com 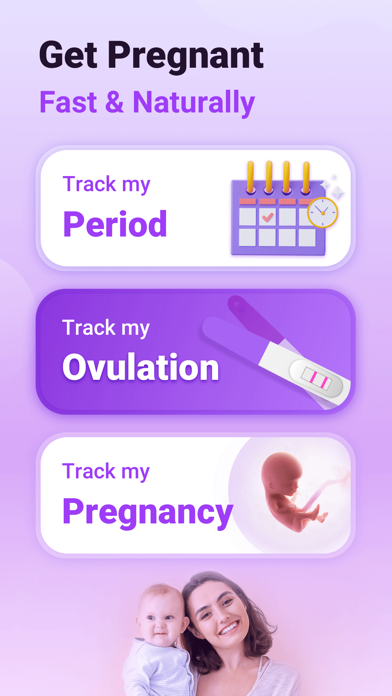 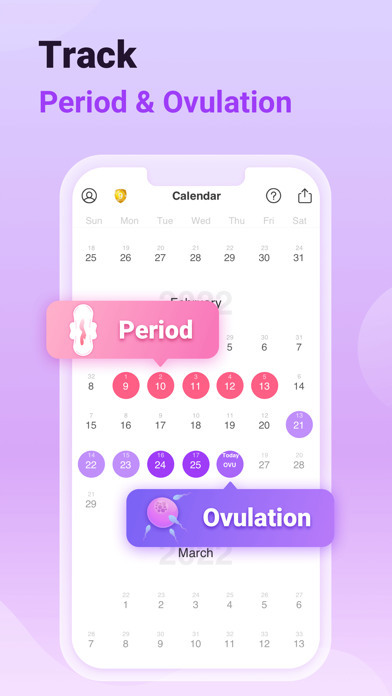 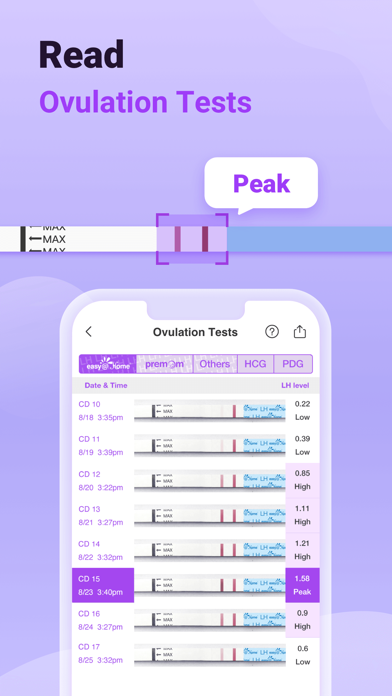 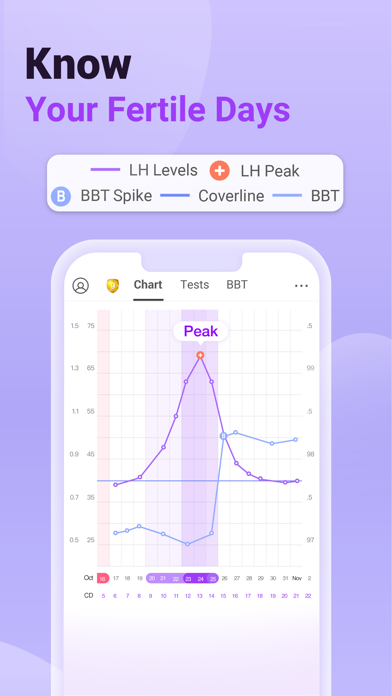 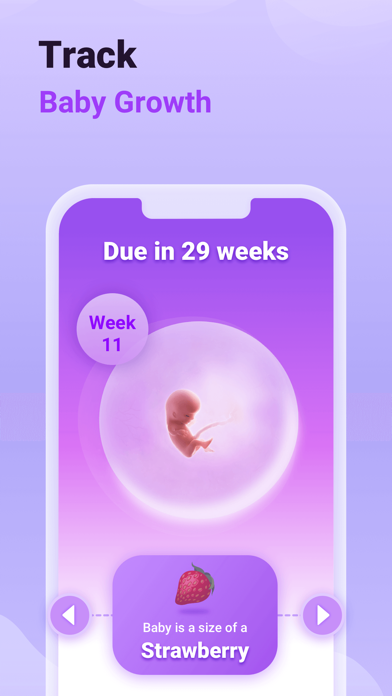 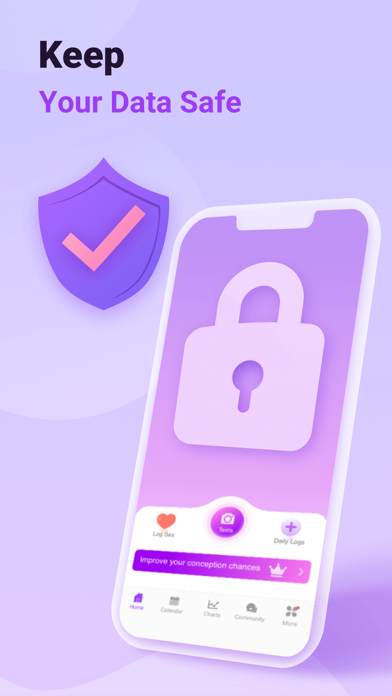 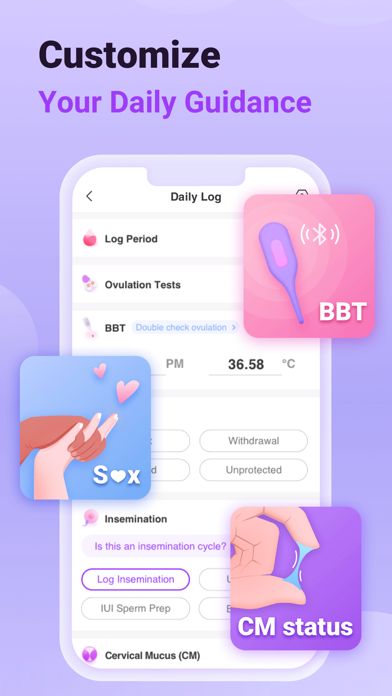 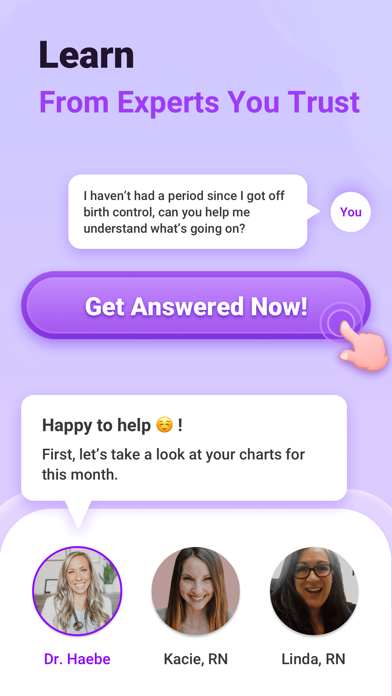 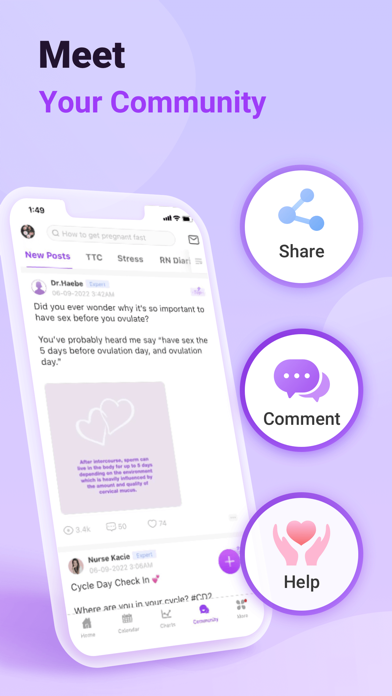 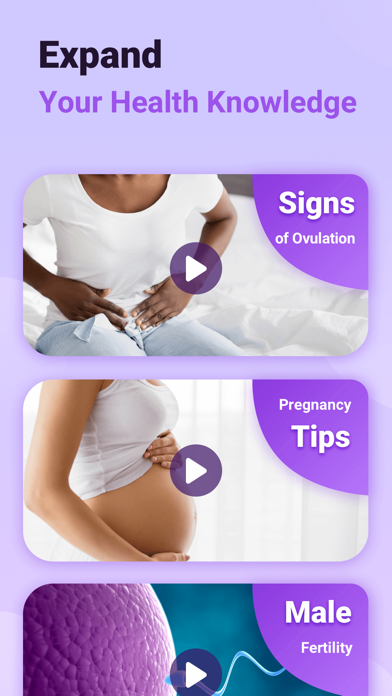 This is by far the easiest app to use when TTC! It reads the tests for you! I conceived in my first try 💕thank you!
By caro acost port

Pretty easy to use I like it !!
By Anashvily

Helped me and it worked!

Appreciative of this app and the ovulation test strips. You have to be systematic with the strips but it definitely works!
By growingbb

First off, I’m 42 years old!!!! My husband and I decided to give this a shot to see if we were missing out. I tracked one cycle and was shocked by how much I didn’t understand my own body… Turns out my ovulation days have been waaaaaay off where I thought! We tracked two cycles, and I just got a BFP at the end of the second- 13 dpo!!!
By BeachGirl72

I used this app when I first got pregnant and sadly ended up miscarrying. After a couple months I decided to buy the test strips to try and conceive again and heal in that way. I was quickly and easily able to locate my ovulation time and I got my first positive at 10dpo💗. I think what makes this app worth it tho is the community aspect of it. You can post your test to see if anyone else sees a line and ask any questions and you’re sure to get a response in just a short matter of time.
By jassssssssmineeeeeeee

In August I had a tubal reversal after having my tubes tied for 20 years!!! I remarried an amazing man that has no kids of his own. I have 4 from a previous marriage. We decided we want to have 1 of our own and chose tubal reversal over IVF would be better for us. I immediately began tracking with the app and testing religiously and 3 months later I tested positive this morning!! We are so excited ❤️
By renee badgett

My husband and I have been trying and no luck but the first month I used these tests, I became pregnant!! We both bawled when we finally got the positive test results. I highly recommend this!
By Soccer2939

It used to be a great app

This app was great when I used it a few years ago. It was very simple to use and I got pregnant my second month tracking with the ovulation strips. Now it’s just plain frustrating. I’ve had a baby and miscarriage so my cycle is a little funky at the moment. First of all, when you log that you’re pregnant, the opening screen is a big picture and information of how big your baby would be (cool in theory) BUT they make it sooo difficult to find where to log a miscarriage, so meanwhile you get a big fat reminder of the child you lost. Additionally, it readjusts your cd days based on its period predictions (which isn’t always accurate). So while I have a 40 day cycle now and should be on cd 30, it says I’m on cd 8 (based on its predictions) and that I’m in my fertile window. I wish it would just go off of the information I logged. If I haven’t logged a period yet, assume I haven’t had my period yet app! Plus it constantly tries to get you to upgrade to the paid subscription. It’s a bummer that such a great app has become such a pain to use.
By Ally511

Highly Recommend! Pregnant in 2nd cycle! Give it a try!

Using these tests and app I was able to get pregnant in just my second cycle of trying to conceive!! Completely worth the money and time! If you’re ready for baby- give it a shot!! After being on birth control for 5+ years, we decided it was time to add to the family. Wanted to give us the best chance to conceive as quickly as possible. So after some research I decided to order a pack of the premom easy@home ovulation tests. I downloaded the app and started testing after my period ended. I had a really long cycle and it was so helpful to know when ovulation actually happened. I felt a lot of support in the community and confidence in the data I was getting. The end of my first cycle ended with my period coming and I decided to go ahead and buy the premium subscription- I went for the 6 month option.. which ended up being too long! Feeling more confident in cycle 2 I started testing and found my peak/ovulation, having gotten great insight from the app/the community on the app- I knew when to have sex for the best chance and I was able to track so much about what was happening to my body during this cycle. Towards the end of my predicted cycle my boobs started hurting and I was peeing constantly.. I waited until 2 days after my period was supposed to come and over the next 5 days got 20 positive pregnancy tests!! My favorite part was being able to take a pic of the ovulation tests and have the number automatically appear. Having a place to track the pregnancy tests was also great. I did use clearblue ovulation tests when I got high readings on these tests to double check my fertility. I cannot rate this high enough! If I was to try to conceive again, I would 1000% use this program again! Good luck and baby dust to you all!!
By Jordy Davis

I ended up with this because i just happened to buy the ovulation strips from Amazon - I didn’t even know it was also a pregnancy tracker. I’m so happy with it! It gives little daily insights and weekly milestones. It would be cool if it incorporated data from Apple watch, but I suppose that gets way more complex… anyway, highly recommended!
By snowkat1052