Navigate the web more safely with Norton 360 for iOS. Norton 360 for mobile provides powerful layers of phone protection and award-winning mobile security for your Apple device. It combines security and antivirus features to help protect against ransomware, malware, spyware, and other online threats so you can bank, browse and shop online with more peace of mind. And, with our secure, global VPN servers, you can encrypt your internet traffic on the go before accessing your favorite apps and websites. Your personal information and online privacy have protection at home and on the go with bank-grade encryption with Secure Norton VPN. [1] Our VPN helps block cybercriminals from accessing personal information sent and received when you connect to your home and public Wi-Fi.[1] Norton 360 checks for the latest security patches and OS updates and helps monitor your device against cyberattacks that try to leverage OS vulnerabilities for malicious purposes. Updates – SMS Security: This feature filters spam SMS text messages that may contain phishing attacks. These attacks use links to fraudulent sites that compromise your personal information. – Device Report Card: See a 30-day analysis of previously scanned Wi-Fi networks, websites, device vulnerabilities, and risky apps. – Suspicious Network Detection: See potentially unsafe Wi-Fi networks in your area and get notified when a Wi-Fi network you’re using is compromised. Your partner against cyberthreats. – Mobile Security: Protection against vulnerabilities cybercriminals may use to take control of your device or steal your personal information. – Norton Secure VPN: Connect to one of our global VPN servers and access your favorite apps and websites. Use it when you connect to Wi-Fi at home or while traveling with the reassurance of bank-grade encryption.[1] – Wi-Fi Security Alerts: Get notified about Wi-Fi networks under attack. Avoid cybercriminals who try to eavesdrop on your Wi-Fi connection to steal or glean personal information or infect your device with malware. – Web Protection: Helps detect and safeguard you from navigating to fraudulent (phishing) and malicious websites when using your preferred browser or opening links from apps, text messages, and emails. – Dark Web Monitoring: We monitor the dark web and notify you if we find your personal information.[2] Subscription details – An annual subscription is required to activate the 14-day trial (see in-app product pricing) – Cancel the subscription from your iTunes account before the end of the trial to avoid payment – After the 14-day trial, your subscription will start and renew automatically annually unless canceled – You can manage your subscriptions and adjust automatic renewal in your iTunes settings after purchase – The 14-day trial is valid for one subscription only Privacy Statement NortonLifeLock respects your privacy and is dedicated to safeguarding your personal data. See http://www.nortonlifelock.com/privacy for more information. No one can prevent all cybercrime or identity theft [1] Secure Norton VPN is not available in all countries. [2] Dark web monitoring is not available in all countries. Monitored information varies based on country of residence or choice of plan. It defaults to monitor your email address and begins immediately. Sign in to your account to enter more information for monitoring. 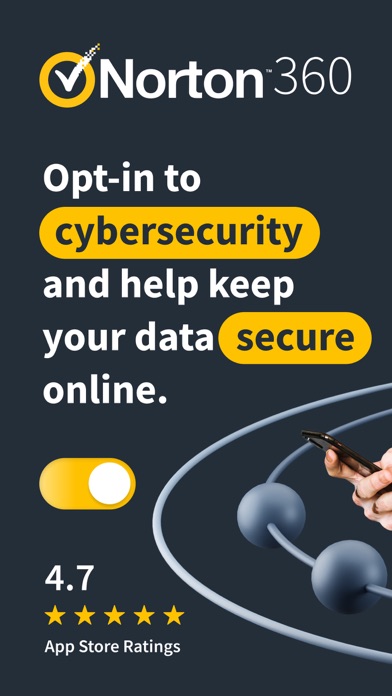 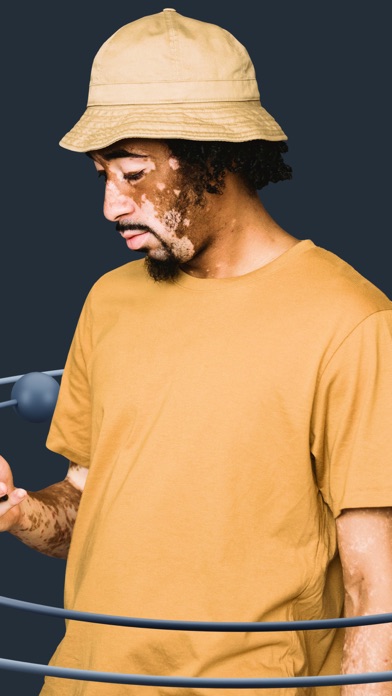 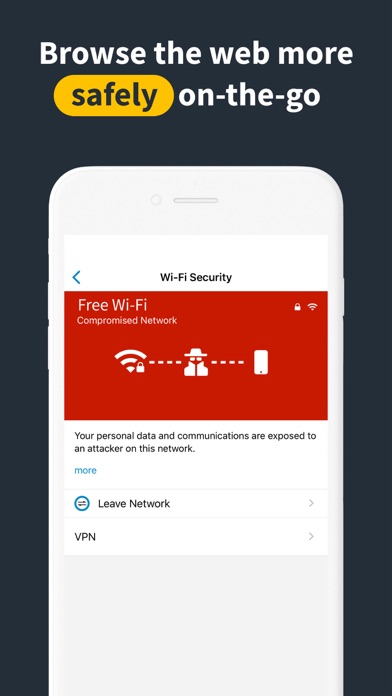 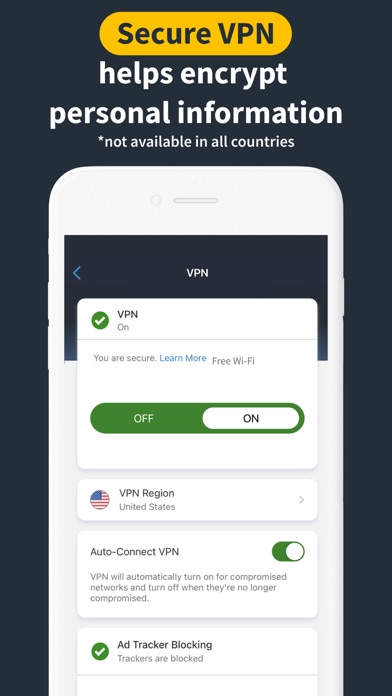 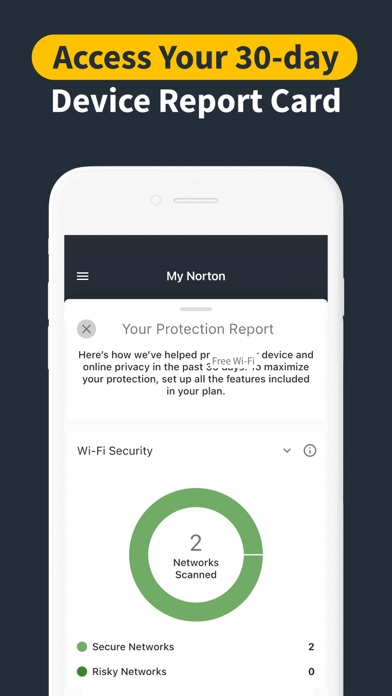 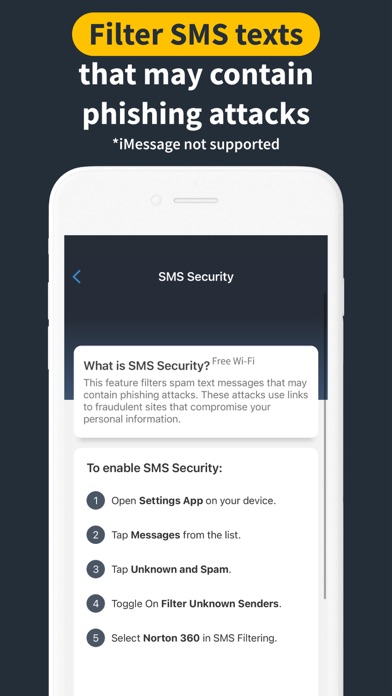 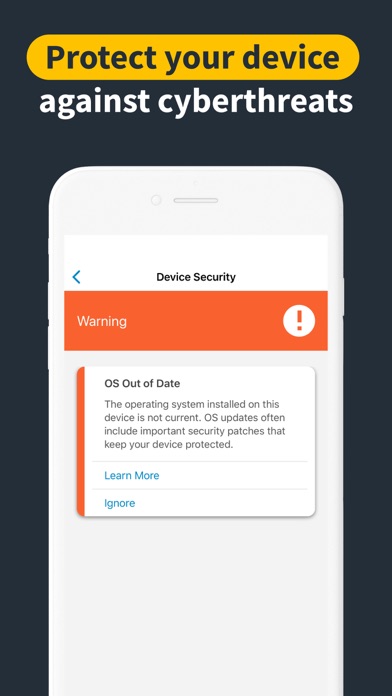 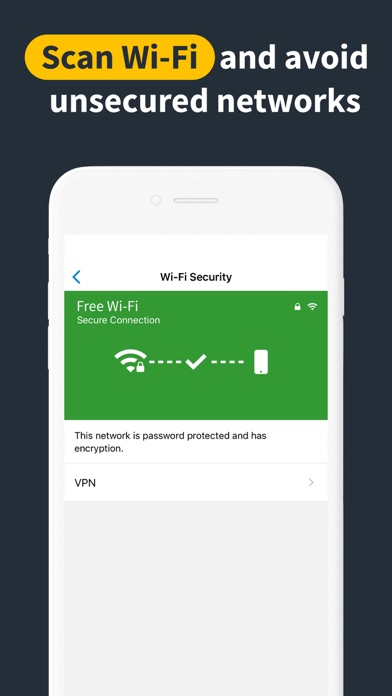 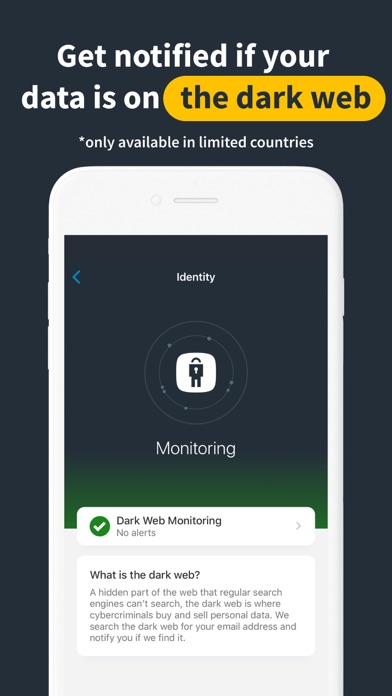 Why don’t these apps notify you that spy apps are being used on you. Why doesn’t this app have a smart scan like it does on computer
By let me just have a nickname

On many occasions when in a motel or other unsecured hotspot when logged into their guest or free network Norton after notifying me it is unsafe won’t activate and I am left with 5G or in the unsecured network or no network security at all.
By An occasional reader

This is a decent vpn app. But the problem I can't get resolvedis that it won't turn on my web protection for quite some time now. I sent report haven't gotten a response which is annoying being that they take your money. I would like this issue fixed today. Again it says " WEB PROTECTION INACTIVE" even when I tried turning it on it just won't connect.
By romierome62

Please update this App. I’m having issues whether I am protected on my phone. I tried contacting Customer Service, no agents respond to the call. I waited a long time on the phone and gave up. Does anyone assist customers????
By Owance54

But it could be SO much better…

Ok Norton, on its 3rd or 4th owner now is still a reliable company offering an apparently reliable product. But it could be so much better: 1) Not enough VPN lines means it will drop Internet links from phones <1minute, and, during busy periods, be unable to find a link, sometimes “linking” you to your local WiFi or tower, exposing your ID - check the VPN before proceeding by looking up your IP address. 2) Insufficient information: I’ve gotten deep scan result messages like “Problems Found: 2” (total information) - fortunately, those “problems” tend to be transitory if real. Computers and phones with SSD memory need to have those systems “defragged” as much as hard drives do -and cleaning trash out of memory is essential - as is a full backup (Apple backs up data, not applications, some I still use though they are long unavailable) Here are three ideal functions for old-fashioned Norton utilities - like the ones I’ve used since MS-DOS days! They’re easy to write for a good coder; I’ve paid the company thousands of dollars over 5 decades because I’m a kluge writer at best, and this is sensitive stuff. So Norton, get with it! Give us the good old stuff again, now that our phones are about as powerful as the first IBM PC with color graphics.
By inkstainedwretch ,retd.

I have Norton 360 on my PC’s so I decided to download the app to try the VPN. For the past week I’ve been messing with it and no matter what I change, it keeps connecting randomly. I don’t need a VPN on my home WiFi or cellular. This wouldn’t be my biggest gripe if the VPN worked at normal speeds. I always know the VPN connected again automatically because my speeds slow to a crawl for no reason. So after a week, I’m deleting the app and going back to my old VPN.
By Devildog6490

This app doesn’t work well with iPhone 12 and higher. My whole phone stopped working several times and Apple support kept on telling me to delete the app because of incapatibility. Reinstalled it several times sine subscription was paid for a year and even when the VPN was off, the iPhone wouldn’t work and connect to the internet every time there was an update. Apple support finally told me to just delete the app completely. I canceled renewing by subscription.
By Nuyoricandog

I just downloaded this app and it is useless. What do you get for $49.99/yearly? Nothing apparently. I tried to set up with Google and it just keeps going back to Google signup. Tried to create account with Norton but told I am set up with another account. Now have to figure out how to cancel this!!!
By HAPPY268