Norton 360 for Mobile provides powerful protection for your mobile device. It monitors for cyberattacks attempting to leverage OS vulnerabilities for malicious purposes and automatically checks for the latest security patches and OS updates. Multiple layers of protection for your mobile device. • SMS Security: New! This feature filters spam text messages that may contain phishing attacks. These attacks use links to fraudulent sites that compromise your personal information. • Wi-Fi Security Alerts: Get notified about Wi-Fi networks under attack by cybercriminals who might eavesdrop on your Wi-Fi connection to steal or glean personal information or infect your device with malware. • Device Security: Protection against vulnerabilities cybercriminals may use to take control of your device or steal your personal information. • Secure VPN: Access your favorite apps and websites when connecting to Wi-Fi at home or on-the-go with the reassurance of bank-grade encryption[1] • Web Protection: Helps detect and safeguard you from navigating to fraudulent (phishing) and malicious websites when using your preferred browser or opening links from apps, text messages and emails. • Dark Web Monitoring Powered by LifeLock™: We monitor the dark web and notify you if we find your personal information.[2] Norton 360 monitors for cyberattacks that attempt to leverage OS vulnerabilities for malicious purposes. To help you keep your device secure, it automatically checks for the latest security patches and OS updates. Your personal information has protection at home and on-the-go with bank-grade encryption from our Secure VPN. It helps block cybercriminals from accessing personal information sent and received when connecting to home and public Wi-Fi.[1] Subscription details: • 14-day free trial requires activation of annual subscription (see in-app product pricing). • Payment will be charged to iTunes Account at confirmation of purchase. • Cancel in your iTunes account before end of trial to avoid payment. After trial, your subscription will start and renew automatically annually, unless cancelled. • Account will be charged for renewal within 24-hours prior to the end of the current period. • You can manage your subscriptions and automatic renewal may be turned off by going to your Account Settings after purchase. • 14-day trial is valid for one subscription only Privacy Statement: NortonLifeLock respects your privacy and is dedicated to safeguarding your personal data. See http://www.nortonlifelock.com/privacy for more information. No one can prevent all cybercrime or identity theft. [1] Secure VPN is not available in all countries. [2] Dark Web Monitoring is only available in limited countries. It defaults to monitoring your email address and begins immediately. Please sign in to your account to enter additional information for monitoring purposes. 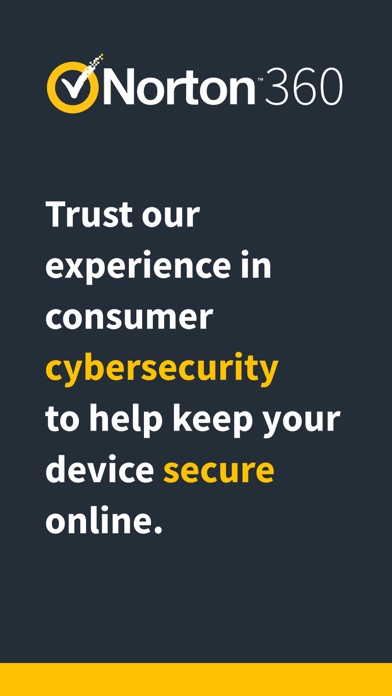 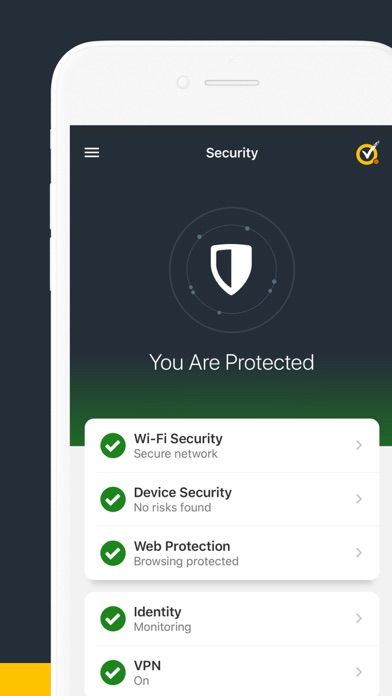 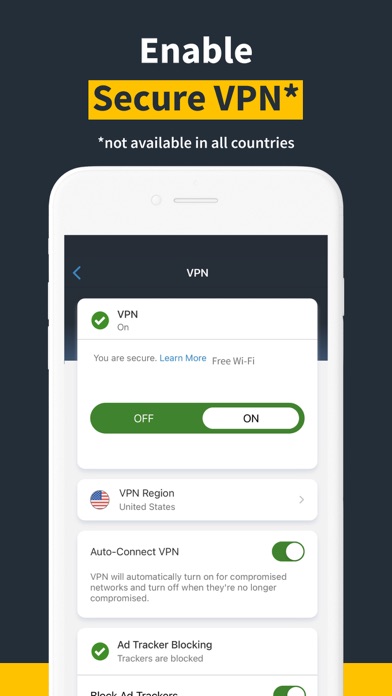 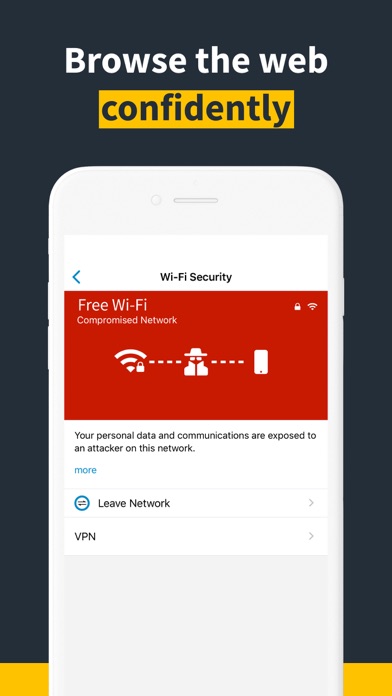 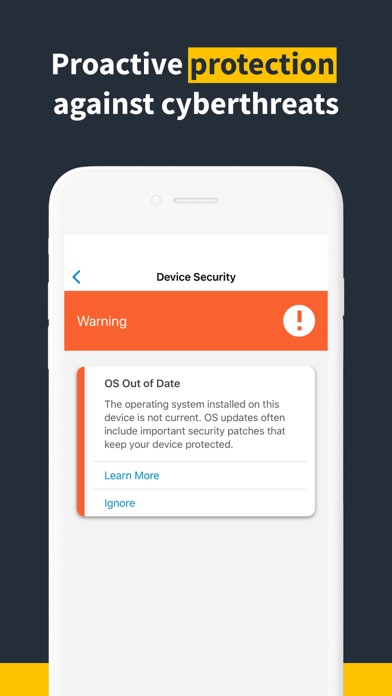 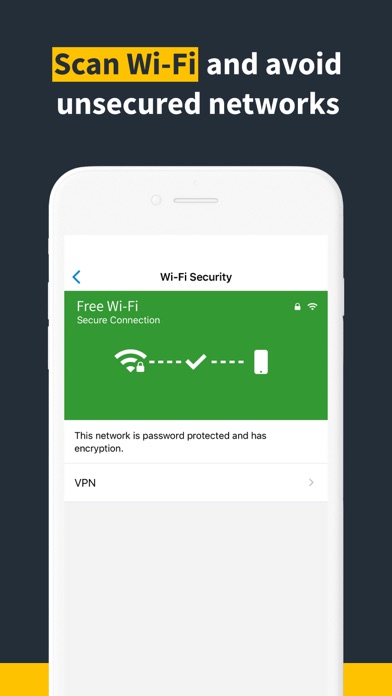 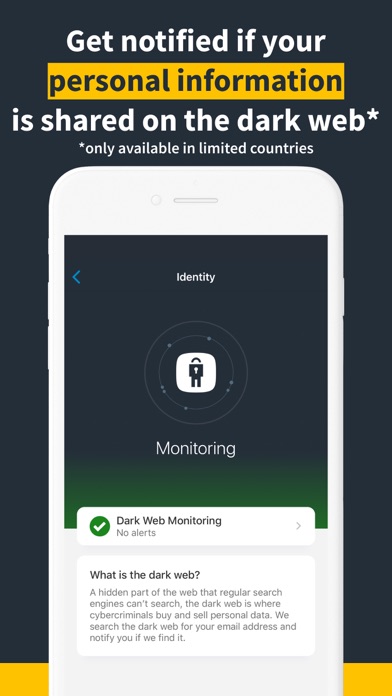 Cannot get into the app

My cpa keeps getting viruses on her computer I told he to get Norton 360 I have been with Norton from the beginning and never had a problem. Norton always notifies me of unsafe websites before I open them
By redneckmimi

The worst. When you need help they turn a blind eye
By evidently nobody

I have this on my daughters phone and I unsubscribed to it and they still trying to get money from me! I want this taken care of! If someone can help with a phone number that would be great
By itzteepee

Frustrated when certain apps do not work when vpn is on. i tunes store does not work at all.
By Cj Ro

Call center is in India. Good luck understanding technical questions and all they wanted to do was sell sell sell. She was trying to sell me the plan I already had. I also don’t like how VPN disconnects in sleep or rest mode. Cancelling once I find a better option.
By dndjdneienf

What I don’t like is how they advertise a 14 day free trial but when you download it they charge you. If I want to spend $50 on an app I want to try it first. I won’t be a customer until you fix this. Thanks but no thanks.
By ChrisKlaer

I find it confusing and counterproductive, where the Web Protection alerts me that it is inactive so I activate it and the VPN is on, then I deactivate it and the VPN turns off. But then if I look at the VPN control, it tells me I’m on a secure network so the VPN doesn’t need to be turned on. So what’s the deal, why have 2 features where one says you are not protected and the other feature says you are protected at the same time. It makes me question if Norton 360 app is just a pretty screen and in the backend is just a shell. And then there is SECURE VPN, why the 2 apps? Is you the have the Norton 360 app do you need the SECURE VPN app or vice-versa? Please fix!! UPDATE: I received a response but didn’t answer the issue.. If Web Protection functions differently/independently than the VPN, then why does the VPN activate when Web Protection is turned on? Why the 2 tools? If it’s design to turn both on at the same time, it seems redundant to me. So if I don’t need the VPN or I need the VPN off, WebProtection functionality is not available and that is a problem in my book.
By DB 2040

No one is perfect

Keep up the good work
By no yext