Get ready for the next stage of warfare with the free strategy MMO Guns of Glory! GoG’s thrilling multiplayer RTS and RPG gameplay lets you raise your own powerful army to shoot down enemies and team up with friends from around the globe. In Guns of Glory, you take the lead as a rising Lord in a Kingdom thrown into war! To become supreme ruler and seize the Destiny from the devious Cardinal, you’ll ally with the famous Three Musketeers, slay ferocious beasts, build your own magnificent Castle, engineer an unstoppable Airship, rally with friends to destroy enemies, and more! FEATURES: Strategy Warfare! Train an army of loyal Musketeers, manage your resources, construct devious traps and raid your enemies into oblivion, all in order to turn your Alliance into an unbeatable empire! Powerful Airships! In an era of emerging progress and science, shoot down enemies and lead the attack with deadly advanced aircraft for a new level of RTS warfare. How will you customize your own flying warship? World War! Seamless chat translation features make GoG’s multiplayer RTS and RPG gameplay richer than ever before – making friends from anywhere in the world has never been so simple. Immersive MMO World! Guns of Glory brings the world of the Three Musketeers to life like you’ve never seen it before! Gorgeously rendered HD graphics and vivid, beautiful landscapes make all the action in this free strategy MMO spring to life! Advanced RTS Combat! Set your own strategy to attack enemies and aid allies! Guns of Glory’s strategy MMO gameplay with RPG elements lets you customize your Airship, Estate, troops, equipment and more. Develop a game strategy to fit your own style in GoG and claim victory! Empire Building! Build up a glorious fortified Estate, master a range of devastating skills and arm yourself with indestructible weapons to ensure your survival and success in this world of multiplayer strategy war! SUPPORT Are you having problems? https://funplus.aihelp.net/elva/FAQ/FAQList.aspx?pf_app_id=996 Privacy Policy: http://www.funplus.com/privacy_policy/ Facebook fanpage: www.facebook.com/gunsofglorygame Terms of Service: http://www.funplus.com/tos/ The price of the monthly subscription is $19.99, and lasts for 30 days. After purchasing, players will get exclusive privileges in game. Please note: 1. Payment will be charged to your iTunes Account at confirmation of purchase 2. Subscription automatically renews unless auto-renew is turned off at least 24-hours before the end of the current period 3. Your account will be charged for renewal within 24-hours prior to the end of the current period, and identify the cost of the renewal 4. Subscriptions may be managed by the user and auto-renewal may be turned off by going to the your Account Settings after purchase PLEASE NOTE: Guns of Glory is completely free to download and play, however, some game items can also be purchased for real money. If you don't want to use this feature, please disable in-app purchases in your device's settings. A network connection is also required. Will you be able to claim Glory? 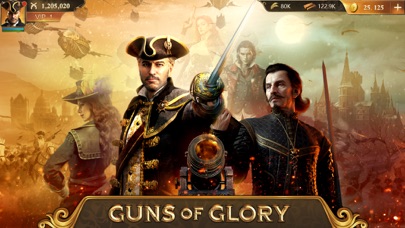 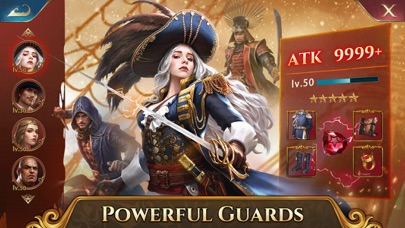 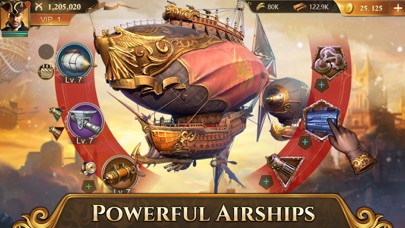 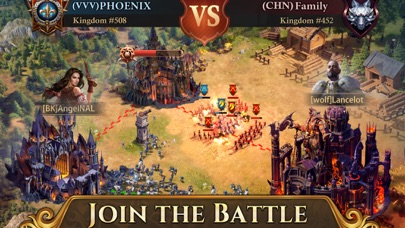 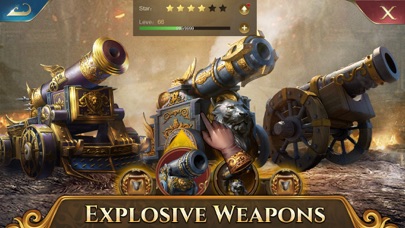 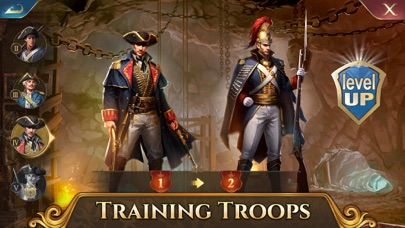 It’s a very greedy app, has become more of a pay for a chance to win instead of a pay to win. The strategy was ruined. They have new updates every 2 weeks and they all have flaws. Compensations are terrible. I finally stopped playing. Didn’t log in for a week then I find out the charged my account with stuff I didn’t buy and I didn’t even get the items. They are thieves and they’re not helpful. Stay away from this game and if you have made purchases, check your accounts often.
By Mobarbe

It keeps getting worse

Just when you thought it could not get worse, it does. They keep making it harder to play. The most recent changes mean more power is required to get less unless you want to spend hundreds of dollars a month. It’s not even fun anymore. Avoid this game as you would the plague. As soon as I figure out how to stay in touch with the friends I’ve made, I’m done with it. It’s obvious that they hate their players.
By BrookmeadeTim

Edit 08-06-20 3 years, thousands of dollars and countless hours of work to become a top player in my kingdom, gog has finally broke me with the guard update. Theyve turned the game into Russian roulette, where a single march can now wipe out millions of troops in 1 hit. Have canceled subs, killed my farms and now barley log in to just check on peeps. And since the same is happening to them I suspect I’ll be deleting the game shortly. Just another dead castle in another dead kingdom. RIP too greedy. Have spent thousands on this game and really didn’t have a problem with it but lately its just gotten ridiculous. Gear that just came out and people have paid a fortune for is now being given away for free, most likely so they can release new gear. constant updates with new stuff to buy, before youve even managed to upgrade the stuff you just bought from the last update. Refusal to update basic parts of the game, event after event, poor customer service. If id only known then what i know now.
By BadMellan

Multiple violations of Terms of Service and in game rules

Been playing for over a year in the same Kingdom. Players selling castles is a common thing to see which is a clear violation of the Terms of Service with no repercussions by the company. These castles are then used to grief entire Alliances. Avoid this game at all costs if you aren’t a wallet warrior, the disparity in stats and ability to defend your estate against spenders or players buying castles, isn’t worth the stress. Not to mention foul language in kingdom chat, threats, personal attacks, beyond a toxic volatile environment . Age says 12+, highly recommended not letting your kids play this. Our kingdom is so bad we have no mods as they all quit.
By Snapperhead30

Hey, the problem has been fixed, thank you so much for the help, your game is amazing and I enjoy playing it!
By Helios PLAGUE

I’ve been playing for 2 years. I’ve spent a considerable amount to be a competitive player, which I am willing to do if the developers would deliver a product worth the expenditure. But the game has deteriorated as upgrades were made. During periods of peak activity, such as Kingdom vs Kingdom, the gameplay is erratic and will often crash. Otherwise, a fun game and you will connect with some great people from around the world.
By nidan mav

This game was about stats but has since then turn in a snowflake game. The more you spend the more you will win. Now the game is about higher tiers. How about you correct all the glitches? It is not worth playing this game.
By DavidB2525