Look.Match.Chat. BLK is the new app for Black single men and Black single women with a simple mission: To create an exclusive community where Black men and Black women can find meaningful connections with people who share similar likes and interests. BLK is easy and fun to use: • Simply scroll through a personalized list of profiles. • If you're interested, slide the profile to the right to give the person a ‘Yeah’, or click the 'Heart' icon. • If the feeling's mutual, then you're a match and can start chatting in our app right away. • Not interested? Slide the profile to the left to give the person a ‘Nah’, or click the ‘X’ icon. Right when you join, all members can: • Become part of an exclusive community for single black men and black women • Customize who and what they’re looking for • Receive a personalized group of profiles to look through every day • Chat with other members if they’ve liked you back Go Premium and you can also: • Rewind on people to give them a second chance • Send 5 Really Likes per day to stand out from the crowd and let people know that you're really interested • Boost your profile each month to be one of the top profiles in your area for 30 minutes • Send unlimited amount of likes to other members • Have an uninterrupted experience with no ads! Become Elite and you can: • Get all of the Premium benefits PLUS See Who's Liked You for instant matches! So what now? Join the community, spread the word, find a match, and have fun! And don't forget! Check us out every day! We're growing fast and there's someone new to match with every day! Privacy Policy: https://www.blk-app.com/en/privacy-policy Terms & Conditions: https://www.blk-app.com/en/terms-of-use If you choose to purchase a subscription, payment will be charged to your iTunes account, and your account will be charged for renewal within 24-hours prior to the end of your subscription. Subscriptions may be managed by the user and auto-renewal may be turned off by going to the user’s Account Settings after purchase. Current subscription starts at 9.99, and one-month, 3-month, and 6-month packages are available. Prices are in U.S. dollars, may vary in countries other than the U.S. and are subject to change without notice. If you don’t choose to purchase a subscription, you can simply continue to use BLK. 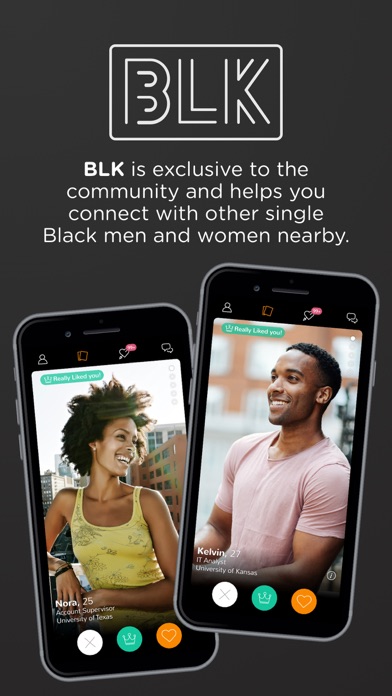 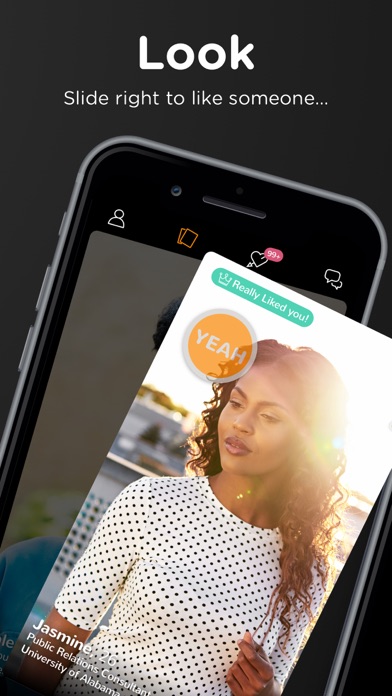 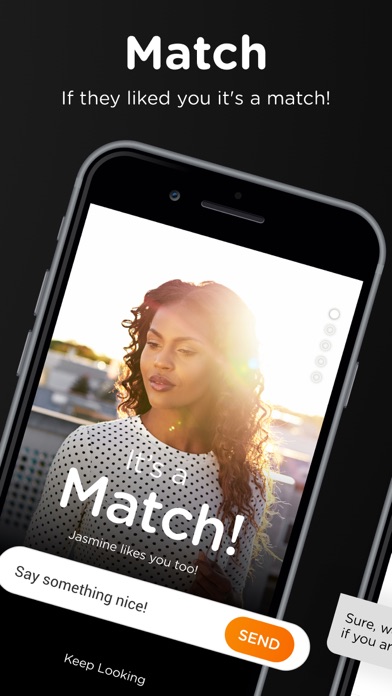 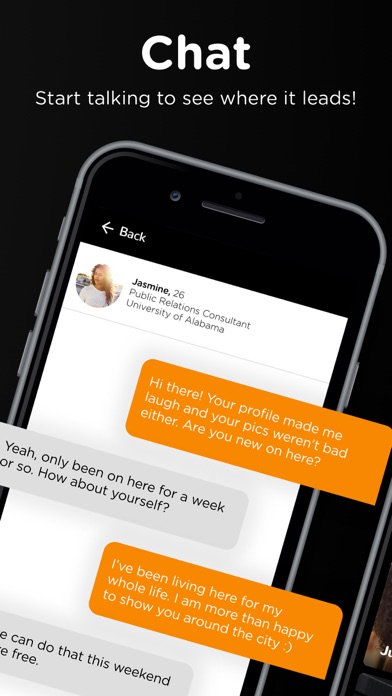 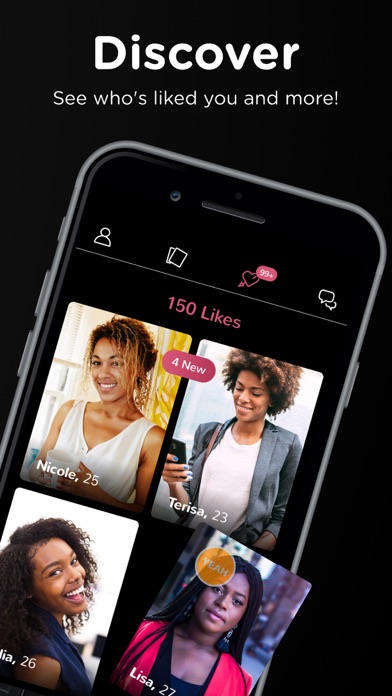 I’ve been using BLK for a few years now and I’ve met a lot of very interesting people to but somehow my account was disabled for no absolute reason I tried making a new account but right after I completed my bio the account was disabled so I sent BLK an email but it was no help then I looked up their number and called customer service but again it was no help then I downloaded another dating app called Chispa witch is made by the same developers as BLK but when I made an account for Chispa the same exact thing happened as on BLK they disabled my account for no reason and after that I just gave up.
By DJ_Ruthless228

Made a few complaints about seeing people 600miles away from me even after setting my location. It’s a few solid months still no fix.
By Jsh.Dere

Matches out of area

I’m NOT getting matches in the Orlando area. Most of my matches are 200+ miles away.
By BamaState

I noticed while swiping that the app isn’t very populated with people in my area. But after swiping through 100 to 200 people and other states I start to get people in my area. This app would be better if The location was more accurate when looking in certain areas. The app says that it will only go 20 miles out but I am swiping only on people who are 100+ miles away. It’s frustrating when I’m in Massachusetts and there are so many people in other states that I matching with. I don’t know what algorithm or a system you guys have for the swiping list but it needs to be fixed or adjusted. Whatever you guys do you need to fix how far away you can see people.I actually would love the app so much more if it would give me people closer to my area. Maybe there is a shortage of users in my area I am not sure I’m in Massachusetts a predominantly white place but I see people of all of racesBut they are 50-100+ miles away and when I close the app and then open it again randomly I will get four or five new people showing up in my area. If you are making the area radius 20 miles actually make it 20 miles who cares if you have users 100+ miles away to swipe on 2/10 people are going to want to actually engage someone that far away. This app is more for pen pals than for meeting people
By Mister Altitude

Why do you have to pay for this app to full use it? Soon as you sign up it makes you select a subscription. It all should be FREE!
By BeyHiveTillIDie

The app is nice. It seems to be growing with opportunities of new matches. I wish we could add videos.
By KotynK

Thought this was BLK POF at first.

Says I have 99+ like 😒 so you’ll pay 20 to see who likes you and it’ll be like 10 likes. App looks cheap and copied. Robots.
By urnum1friend

The amount of bots that plague this app is overwhelming, premium membership isn’t worth it. Sometimes the real people I met were OK though.
By JMW916

I’m not going to get ranty, I just want to warn people to engage with caution. 1. You can’t see who likes you without paying for a premium (top pricing tier) membership, meanwhile this feature is available for free on other apps. Premium is 30 bucks for one month. This should not be a premium feature. 2. I’m not interested in men but the app is letting men like me. I am a queer femme looking for other queer AFAB people. So it follows that if I’m browsing, I don’t know if the AFAB individuals I am being shown are interested in queer relationships. Many don’t have anything in their profile explicitly stating this. I don’t know for sure if I’m being showed people interested in a non heterosexual relationship. That makes me uncomfortable. 3. I’m being liked by people WAY outside of my age range and I would rather not. Those are my three biggest gripes, unfortunately they are pretty big gripes. I’ll ride out the month since I paid, but I’m likely going to delete this app. The premise is wonderful. The execution?? Not so much.
By shiboopi685