Stay in the game with NBA 2K Mobile and experience authentic NBA 2K action on your phone or tablet. Season 2 offers deep card customization, more on the court options, MyPLAYER, and a newly updated 2020 roster. Requires an Internet connection and iPhone 6s, iPad Air 2, iPad Pro, Mini 4, iPod 7th gen or newer. Experience console quality graphics and lifelike NBA 2K action while on the go. Collect your favorite NBA players, build your dream team, and then step onto the court in 5v5 matchups or real-time PVP. Use Drills to train up your players, compete in Seasons to earn rewards and new crafting materials, compete in limited time events for exclusive cards, and rise up the leaderboards on your way to become a legend. NBA 2K Mobile is the newest game from the NBA 2K franchise. Features include: • 400+ cards of your favorite NBA players and All-Stars • Console quality graphics and authentic on the court action • Build your ultimate dream team of players past and present • Join a Crew with your MyPLAYER or create your own Crew • Daily bonuses from the Checklist and logging in • Real-time PVP • Customize your MyPLAYER by appearance, equipment, and more • Challenge rival Crews to 3-on-3 games on blacktop Do Not Sell My Info: https://www.take2games.com/ccpa 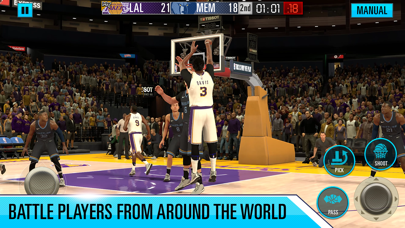 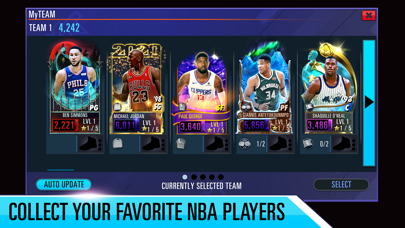 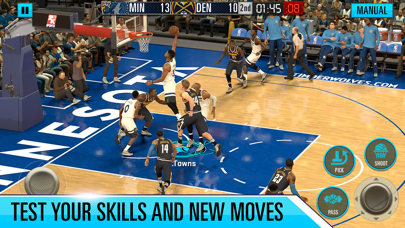 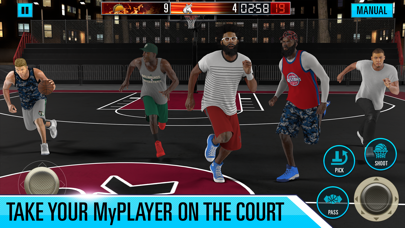 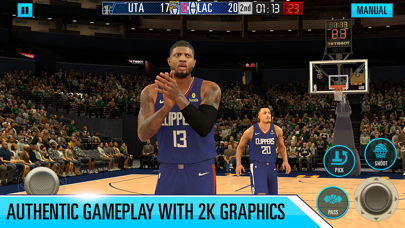 I wish they were full games

I HATE IT. Review girl56

It’s so much fun you’ll love it. It’ll always be fun and you can git her new player than learn about more about basketball.
By ElleCraw

Gameplay is amazing, rest of the game is really bad

I love the gameplay. So realistic. Good graphics. MyPlayer is fun. Rest of the game is really bad. I don’t understand why it is so dang hard to get a half decent player, I put an hour into it and the highest I had was a silver. Why? Why hamper down such an amazing game by not letting us play it with our favorite players, and instead forcing us to use players like Jon Leuer? Money. They want money. They are just another money hungry company that lures you in with good gameplay, then ruins the experience with microtransactions. Disappointing.
By SpencerJames11

This is the worst game ever
By omgfolrlife

This ga,e is there money hungry it’s the worst

When chatting with crew members it is a language policy violation to say words like “pass” “assist” and “ball” which makes it difficult to communicate. A minor inconvenience but, one nonetheless.
By hfuu of guys ig