Welcome to Penny Finder! Where like-minded, savings savvy, penny pinching people come to find the latest and greatest penny finds from Dollar General*! WE NOW HAVE OVER 3700+ VERIFIED PENNY ITEMS AND COUNTING! Join the THOUSANDS of other Penny Finders! Penny Finder crowdsources information from our users and catalogs items into a database...AKA we put them in a nice searchable table! You can: - Scan a barcode and the app will tell you if an item is a penny based on other user's discoveries (This app is not a Price Scanner, it's a Penny Scanner) - OFFLINE MODE: Our app will still work even if you have no internet, just make sure you have downloaded the list at least once. - Add your own Penny Items to the list using our Penny Scanner! - Post your amazing finds on our Haul Wall! - Most Recent Penny Finds are highlighted in green and at the top - You can flag penny items that you know are full price to have them removed. - You can add Penny Items to your favorites for quick viewing later. WHAT WE ASSUME YOU KNOW BEFORE YOU DOWNLOAD: We assume that you know what penny items are. We assume you know what store this app is for. We assume that you know that UPC codes are very important and critical to finding the correct penny items. (you shouldn't penny shop based off only images). WE CANNOT GUARANTEE THAT THE STORES YOU VISIT WILL HAVE PENNY ITEMS. THIS APP IS NOT A PRICE SCANNER, it's a Penny Scanner. ***The Penny Scanner's performance is based on the frame rate of your camera on your device. (Which means older devices such as an iPhone 4S and older model iPods/iPads will scan slower using the Penny Scanner than new devices that have considerably better cameras.) *PENNY FINDER IS NOT ASSOCIATED, AFFILIATED, SPONSORED BY, OR ENDORSED BY DOLLAR GENERAL. 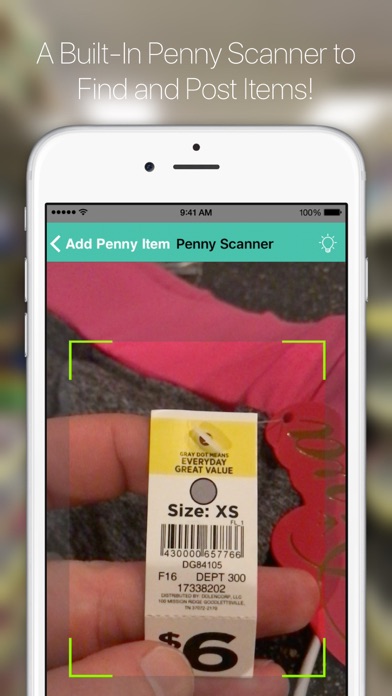 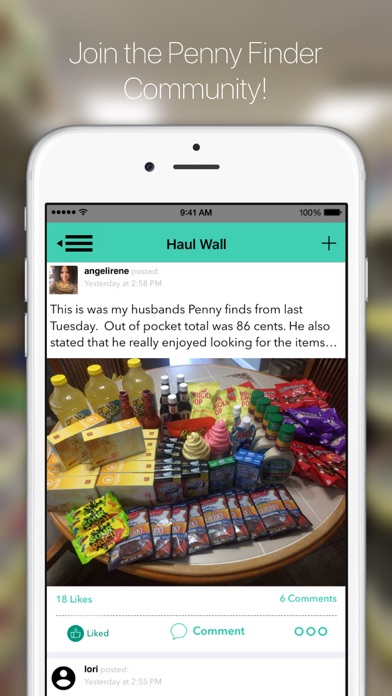 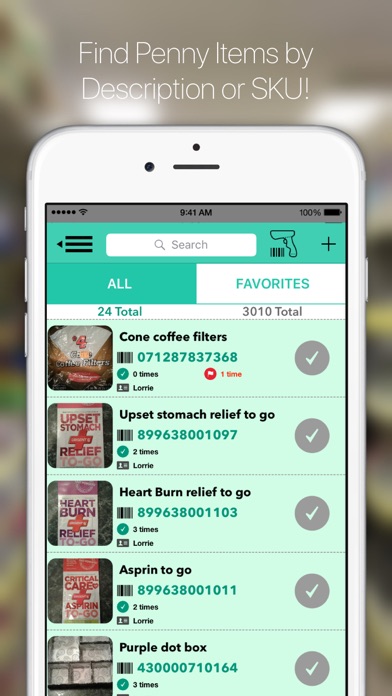 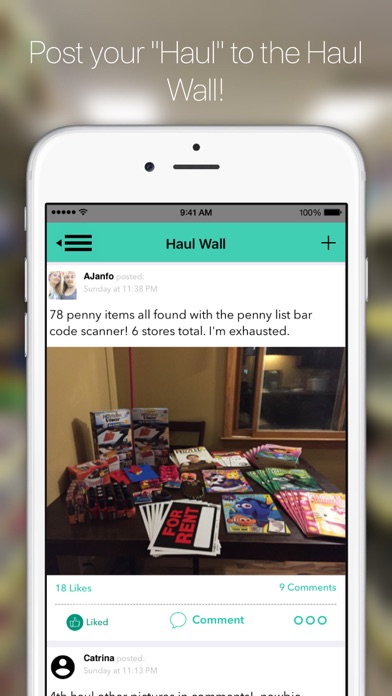 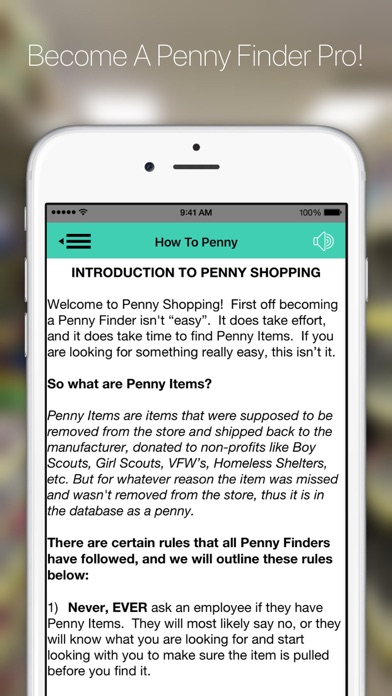 The app worked great! 8 months ago.. now the app doesn’t work at all. I used it twice and planned on using it more.. but now it just errors out when you try to open it forcing you to close it.
By Foxxygurlbringiton

I have been trying to use the app for quite sometime now and it won’t load. This is an app i was hesitant of purchasing and now haven’t been able to use. REFUND!!!!
By Blueeyesgirl82

App is no longer working

This app does not work. I Purchased a three day Ago and it still is not workkng
By 123tra51

I purchased this app some time ago, and find it to be down more often than not. It’s a letdown, and I expected better. Furthermore, when the app is ‘functioning’ it frequently glitches and requires you to log out and get back in. I wouldn’t expect it to be 100% all the time, but I would expect the app to at least function properly half of the time.
By ashleyndup

I’ve had this app for a week now and it does not work. It just loads with an error code. I’ve tried to add the group on Facebook so that I could contact them for support and have waited a week and still have not been added to the group. This app in my opinion is a complete waste of money.
By Picaboo627

One the one hand, the app is unnecessary since DG has a scan option that you can use on products in the store to check the price. On the other hand, it would be convenient to know what to look for ahead of time. The app was inly a few dollars, so I purchased it. However, it does not load and does not work. I tried deleting and reinstalling, refreshing, w/ wifi and with cellular, in store, out of store and nothing seems to help. I submitted a help ticket and received zero response. For those who it happens to work for, fantastic. Based on my experience I would say don’t waste your money.
By JustAnotherPennyPincher

I bought this app because of all the rave about it just to open it and it says data error it won’t load anything and is just frozen ... waste of money.
By tonya4000