With RotoQL Express, get access to premier DraftKings and FanDuel cheat sheets and find players to build your lineups for tonight's games. App Includes: DraftKings and FanDuel Cheat Sheets Get today’s cheat sheet with recommended players to build your lineup around, with expert analysis telling you why. Expert Analysis Read commentary from RotoQL’s in-house analysts about which players are poised to break out Real-Time Injury Updates and Lineups Evaluate today’s matchups with real-time lineup and injury updates Add Players into RotoQL Lineup Optimizer Easily add players into your lineups on mobile that will be transferred to the RotoQL desktop app. More about RotoQL RotoQL makes playing DraftKings and FanDuel contests easier and more enjoyable. Founded by Saahil Sud (formerly known as Maxdalury), our mission is help DFS players be the best they can be through tools and lineup technology. ------- RotoQL Express is free to download and use. We also offer an optional subscription package. Subscription service conditions: • The cost of the optional subscription for RotoQL Express Cheat Sheets and Lineup Optimizer is $12.99 for 1 month  • Payment will be charged to your iTunes Account at confirmation of purchase  • Your subscription automatically renews unless auto-renew is turned off at least 24-hours before the end of the current period  • Your account will be charged for renewal within 24-hours prior to the end of the current period  • You can manage your subscription and switch off the auto-renewal by accessing your Account Settings after purchase  • You cannot cancel the current subscription during the active subscription period • Any unused portion of a free trial period, if offered, will be forfeited if you purchase a subscription to that publication.  • All personal data is handled under the terms and conditions of RotoQL's privacy policy. More details can be found here: https://www.rotoql.com/privacy-policy/ https://www.rotoql.com/terms-and-conditions/ 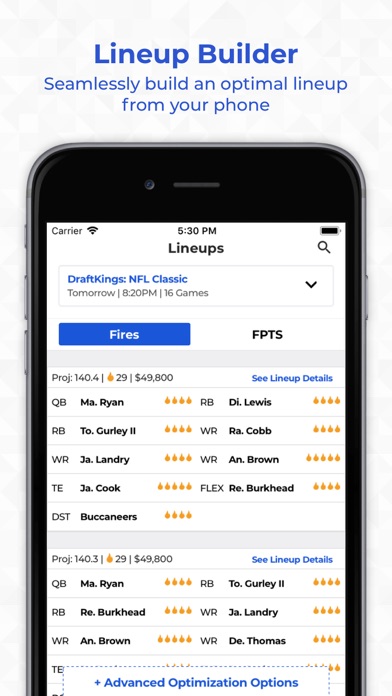 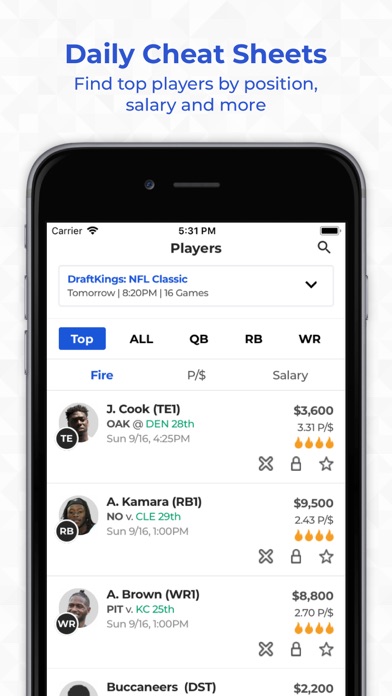 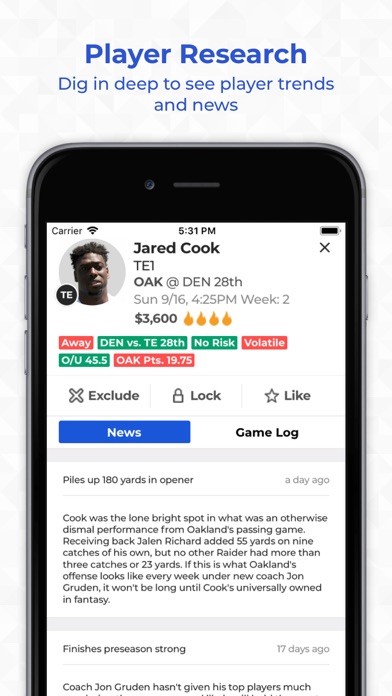 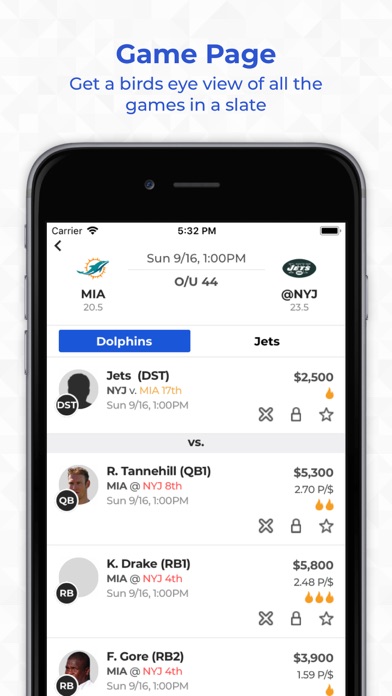 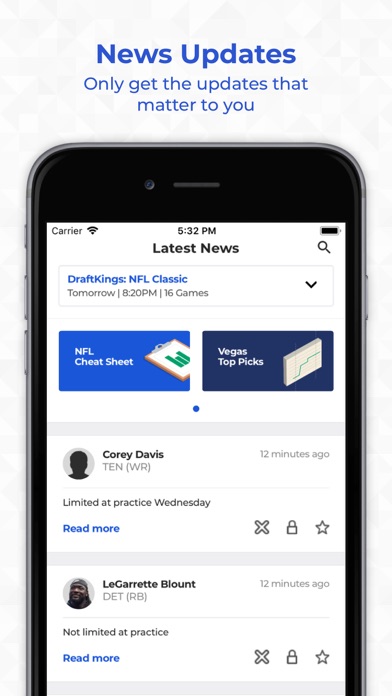 Please don’t waste your $ on this app

This app is is only good for those that want to generate lineups. Once you have generated lineups the ability to edit them is severely limited to swiping left and right to the next player closest in salary but then you can’t see any info about that player so this feature serves only to annoy and frustrate you. There are way better and cheaper apps out there that take lineup generation and editing far more seriously than this app does.
By Brallsplp

Not worth the price

Not nearly worth the price. I’ve routinely played their top-ranked NBA lineups and rarely place and when I do, it’s not typically higher than the final place. You’re better off using the free advice found online.
By ClevelandFan3

Deleted it immediately after it didn’t allows A TRIAL PERIOD. Even for a week, I probably would’ve purchase it. So no thanks!
By MacAddictReturns

The app is good it’s just that now the express features have showed up on the screen of the app, wanting me to pay for it and it won’t go off for some reason
By sincerepassion

Something wrong paid for app get the information etc to play all games can’t play NBA Golf sent them emails told me to update purchase in settings then log out log back in same..... not winning yet the line ups they pick most don’t play or questionable to play definitely not worth 37.50 a month all that the information they give to not bad they seem to miss information about players playing in immediate games they tell me I am using free content that cost $37.50 a month because that’s what they took off my card I can not access anything but NFL ...still waiting for a cancellation link maybe this app isn’t compatible with iPhone X
By dennisdow 98

I used it last week for tips and all they were right on Kamara and Boyd. But everyone else was a bust. And now they want 47 cents a day? LoL!!!!!! Cmon!!!!
By hsueiei

Why not the whole season

So you tried it for one week, one week. I’m on their side idiot, you probably should not gamble at all, with even decent odds on Draft Kings you would do great to come out ahead on less than half. Professional gamblers aren’t wealthy because they win every time they play they are just smart enough to know to play a good amount , co your homework and keep playing, the pot they hit maybe after 10 losses will make them well more than they lost .
By the palm reader

Don’t pay these bozos for lineups that don’t pay. Since you have to pick some of the players, just pick a few more. A big 🖕🏻 to the fees! Everyone wants a piece of the pie
By Paul the bird man