Ever feel like all those "interactive fiction" games are light on both "interactive" and "fiction"? Looking for a fiction game where your choices actually matter? Let Tales show you the real deal: real choices, real characters, real good fiction. Free to play interactive fiction like you've never seen it before, where every choice matters, and every minute counts. We at Tales think the best fiction is written for fiction lovers, by fiction lovers, and that great stories transcend all demographics. So we've signed over 200 of the most talented, passionate authors in the industry from around the world to share their unique universes with you! Forget the corporate publishing game, Tales writers are independent creators doing what they love: dreaming up original stories, worlds, and characters. If you love Tiktok, Kindle, Netflix, or Choose Your Own Adventure books (who doesn't?!), give Tales a try - stories for anyone where you can be anyone. What path will you choose? Not convinced? Here's what players are saying: "I didn’t know what to expect but once I started to browse and read some of the episodes I got lost in it. Amazing art and creative stories." "This is by FAR the best choice based game I’ve downloaded." "The stories are so unique and well written! There’s really nothing else like it out there. Can’t wait for new episodes." Interested in publishing your own story? We'd love to hear from you: https://taleswriter.com/ Reads like a BOOK, plays like a GAME! ____________________ FEATURED STORIES ____________________ FRAGMENTED: You wake up covered in scars, with no memory. Will you rediscover the woman you once were, or evolve to something new - and terrifying? ASHEN SKIES: A post-nuclear dystopia is no place for your little boy - but little boys grow up fast. Will you raise him to be a savior or a monster? INSIDE BACKWATER: A cult leader has dark plans for your hometown. Can you stop him and save your sister - or will you have to choose? SAVING LINCOLN: You can change history, but every choice has its butterfly effect. Can you save the president without destroying the future? SHADOWS OF GLASTONBURY MANOR: A ghost, a haunted house, and a bachelorette party gone horribly wrong. Do you dare step inside? EVERYTHING YOU EVER WANTED: You can make that critic write you a good review and make that director cast you as the lead - all it costs is a little part of your soul. Are you ready to make the ultimate sacrifice for Hollywood stardom? CAT’S CLAW: A timebomb in your head is set to go off in two weeks: how do you use your time? Saving innocents? Destroying your enemies? Or maybe finding the bastard that did this to you? MIRROR, MIRROR: A rendezvous with a fairy circle transports you into the world of the fae - where they think you’re the princess! Do you escape back to your reality, or try to restore peace to the fairy realm? _______________ FOLLOW · US _______________ * Facebook Fan Page: https://www.facebook.com/playtalesfiction/ * Facebook Groups: https://www.facebook.com/groups/talesfiction * Discord: https://discord.gg/BuF65qG * Instagram: https://instagram.com/talesfiction/ * Twitter: https://twitter.com/talesfiction/ ___________________________ SUBSCRIPTION · DETAILS ___________________________ * Subscribe to Tales for unlimited access to stories, images, and removing all commercial breaks. * Subscription rates are: $3.99/week, $9.99/month, or $79.99/year. * Payment will be charged to iTunes Account at confirmation of purchase * Subscription automatically renews unless auto-renew is turned off at least 24-hours before the end of the current period in the user's Account Settings. * Account will be charged for renewal within 24-hours prior to the end of the current period, at the cost of the chosen package. * By using Tales you agree to our Terms of Service (http://taleswriter.com/terms-of-service) and Privacy Policy (http://taleswriter.com/privacy-policy). 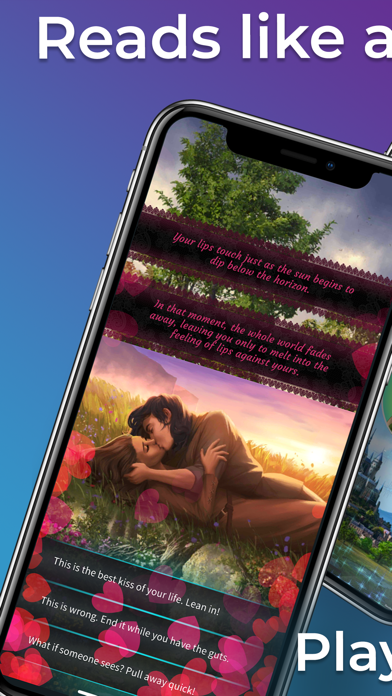 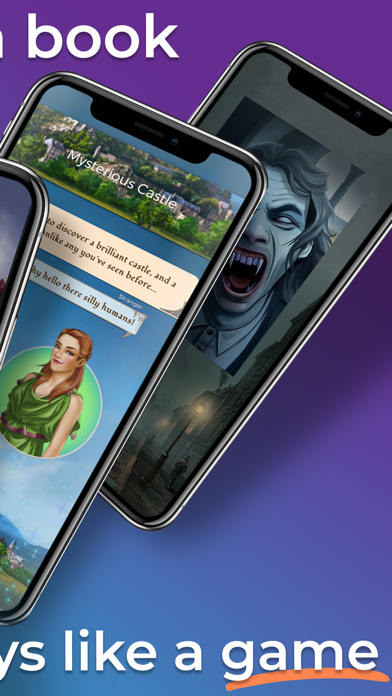 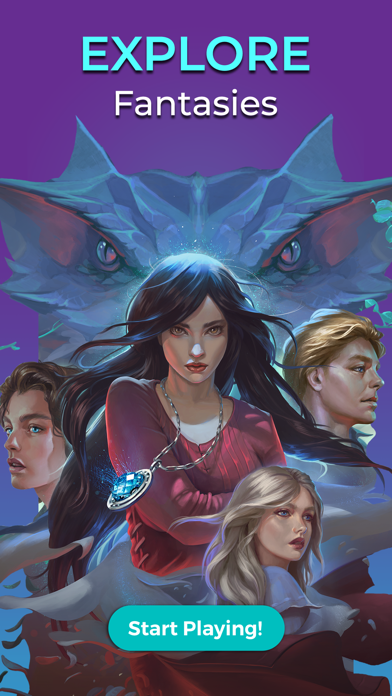 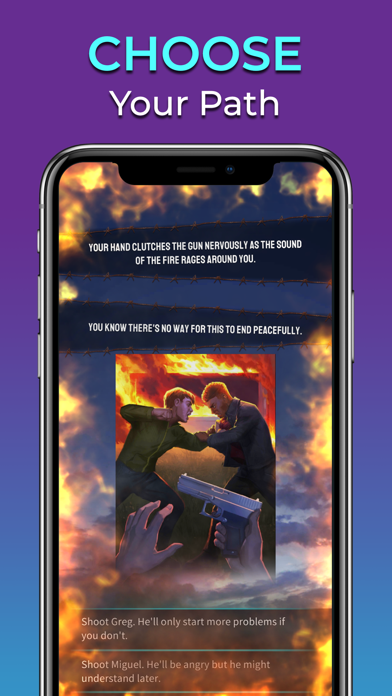 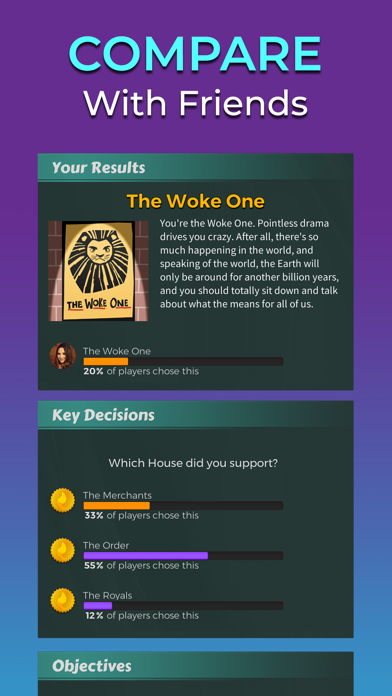 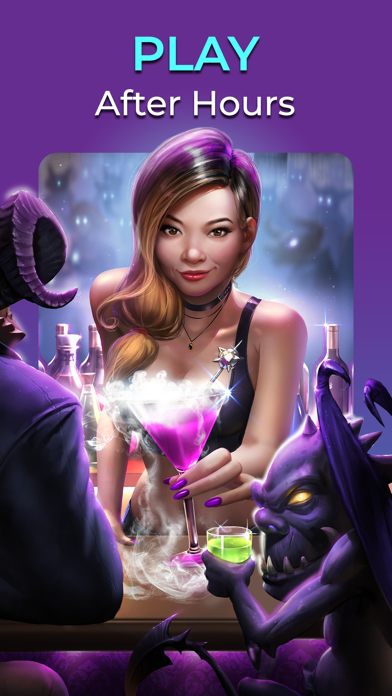 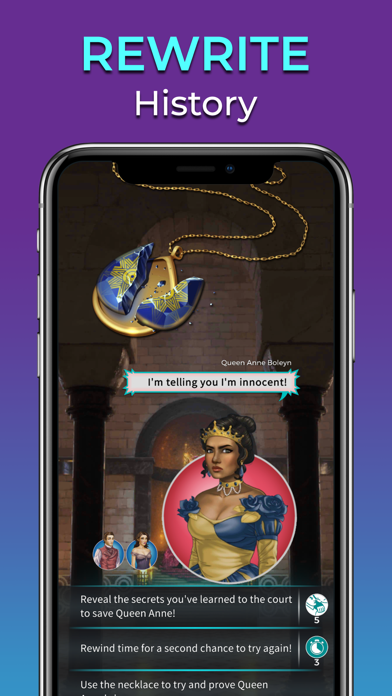 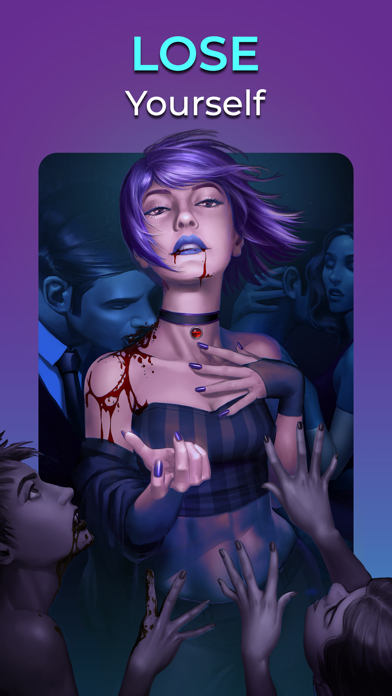 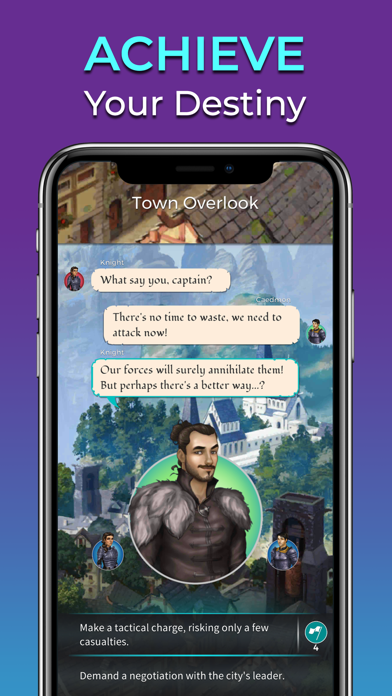 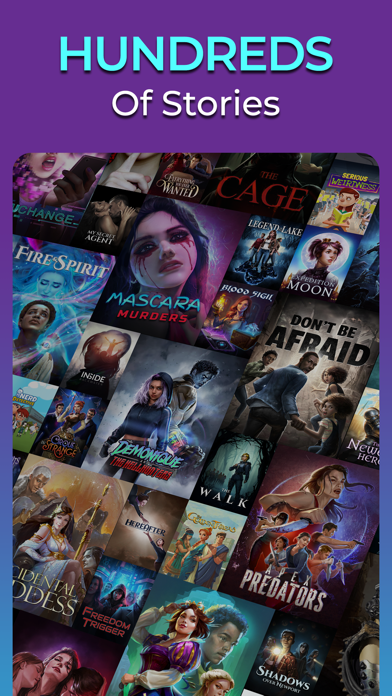 I’ve tried to like this app but it periodically deletes all of my progress in everything I’ve read. I’ve had enough and don’t recommend this app to readers or authors.
By please add bonus disk version

Hi! I really enjoy this app so far and I really do enjoy knowing that the money goes to the authors who work hard on their stories! That being said I really wish the diamonds system gets some kind of change. I don’t mind paying for diamonds (or keys for that matter, I signed up for the subscription for these > and I believe at the very least people who do pay for the subscription should be getting some kind of free diamonds) and I wholeheartedly believe that even mobile games/apps deserve money too if it’s clear that dedication and work was put into what they have made, but I also believe that the buyer/reader deserves consideration as well. $5.00+ worth of diamonds for one chapter when a story can have up to 20+ chapters and there are a lot of stories on this app? That starts to add up super quick and no matter how much people want to support the author and the app it comes to a point where that’s just not affordable. I hope that everyone (authors, developers of the app, and users of the app) can come up with something a little more accessible. My other thing is just something small: to refine the search/category areas a bit more to have like recommended categories and most popular categories. I also don’t know if I just completely missed this or not, but it would be nice too if it was more obvious whether a story is completed or not, just browsing through the options it was hard to tell if something was WIP or completed. I feel the search systems needs some work too and should have filters and things like that, when I was searching for a few titles I had already read I couldn’t find them at all with the search engine. I also noticed stories (like in the photos above on the app download page for example) that I have never seen before searching through the categories and I have no idea how I would be able to look for them because each category available does not show all in that category or something else is wrong (maybe they don’t have a category and are miscellaneous? I’m not sure). Thanks for taking the time to read this. I really enjoy your app and I will keep using it because I like the quality of the app and the quality of the stories I just hope to see a little more accessibility with the diamonds part.
By Salonbug14

The stories are interesting and I enjoy them but I can’t even play them, every time I log into my account, the app crashes.
By Pandaking11

Loved it at first but the bugs are killing it

When I first started with the app, I really loved it. I’ve been missing Storyscape and this app has stories where you really affect the outcome, unlike other choice games. I have a subscription but there are some issues that are making me consider deleting the app altogether. 1. The app has an annoying habit of crashing, which usually results in me losing my progress and having to start 3-4 chapters back. Not 10 minutes ago I lost all my progress (11 chapters!) on a story when the app crashed and it’s asking me to start again from chapter one. In one story, I lost three chapters, and chose to romance a different character altogether the second time but it acted in later chapters like both the original choices and the alternate playthrough happened so I got a surprise bad ending. I thought when my progress was lost that the previous choices were as well, as I think most people would 2. There’s one story that I absolutely love and have played multiple times to try and get different scenarios and outcomes. I’m convinced this has broken the game. I use a premium option to avoid getting cursed, then in the later chapters I was forced to buy more diamonds to save MC from dying to the curse, despite never having been cursed! No matter which character comes to help MC, they become the female character in the next chapter. I even intentionally avoided meeting that girl in one playthrough so I could finally see how the scenario played out with the other character. But it still was the girl in the next chapter! They were on first name basis when they had never met before! 3. One of the first stories that I fell in love with, Blood Sigil, is in limbo. It was the first story on this app that made me want to spend money on it, but I was shocked to see that they will not update the story unless they get enough positive feedback from readers. It’s not fair to the reader to not indicate that the story may not continue. I felt cheated and it has made me reluctant to start any story that has a low chapter count. I don’t want to fall in love with a story again only to risk that I will never get to see it through to the end. 4. For that matter, you should clearly mark stories that are completed so people who want to read a story from start to finish don’t have to look at the number of chapters and guess if it’s completed
By Sunnysorisu

I LOVE THIS GAMEE but the bugs make it almost impossible for me to play whenever I login into my account there’s an endless loading screen and because of this I have to make a different account hopefully you guys can fix these bugs because this game is truly amazing.
By winnield

this app includes so many great stories that are well-written and well-paced. however, there are some major bugs that are very frustrating and need to be dealt with. 1. while i was playing one of the stories, the app glitched and selected the choice that cost diamonds. not only did i not want to select this choice but it also spent all 25 diamonds i had. and since there is no way to earn diamonds besides paying, i'm out of luck. 2. another issue that i encountered playing the same story: i'm earning "info points" but nothing is being added. it keeps saying "+0" (even after saying i learned info) so my info level remains at 0. i can't progress in the story because of this, since certain choices need a certain number of info points. again, i'm out of luck and very frustrated. 3. once you are all caught up on an unfinished story, THE STORY DISAPPEARS. not only is it no longer a part of your library, it just CEASES TO EXIST. you can't even search for it. it's just gone. i've never written a review before but i really do love this app and want to see it improve. because i know it has the potential to be great.
By longawaylouis

Fun! but a small bug

I really like it but every time a episode ends I go on to the next one and it restarts me all the way to the beginning. For example I was playing episode 2 in c.u.r.e and when the episode ended it restarted me back to the first episode and not just that book but another one to. I tried playing it again but it did the same thing.
By tal2323

It was fun at first, but now the app won’t even open. I’m just stuck at the loading page for forever.
By Marssnigma

All stories need to be updated.