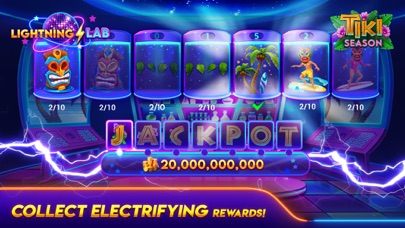 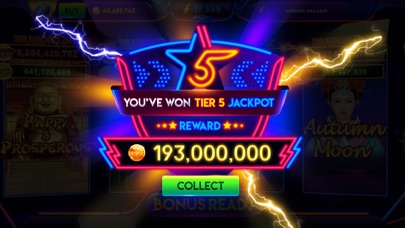 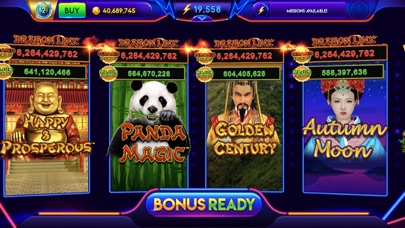 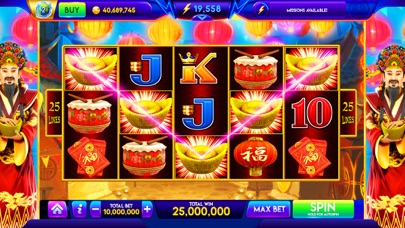 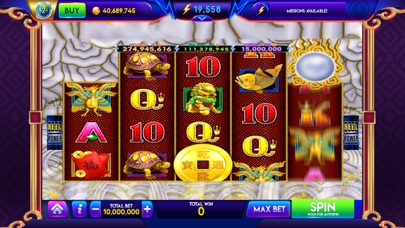 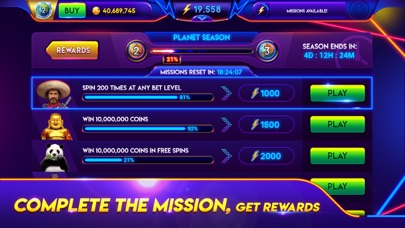 Not a good gaming app

You can’t win anything and they don’t give enough free coins (which is every three hours). Some people have mentioned watching videos to get free coins. I think it’s unfair that everyone can’t do that unless it depends on the device used. The games are great, just like at a real casino, only difference is at a real casino you can actually win compared to this fake play. You would think they would give more so people would play more and just maybe people would spend their hard earned money on it. And speaking of spending hard earned money, you have to spend with them in order to get a decent daily bonus, if you don’t you get about 300,000 coins a day, if you do you can get about 6 million, so the choice is yours to play with them or not. It’s either pay them to play or you’ll have a bad experience every single day. They get two stars only because the games are good games you can find at a real casino. Other than that, they deserve no stars.
By Nana461972!

This app is garbage

Total garbage, constantly crashing, won’t load missions. And when you try to talk to them about it you get told “your account rep will be in touch tomorrow” well guess what, no “account rep” ever does anything. Complete garbage. Don’t waste your time. I wish I could rate negative stars. I was then blocked for complaining to them about their awful and incompetent customer services this game is horrible.
By the flobee

just wanted to give an update since my last review..have spun over 44,000 times since my last 200,000 and still havent landed a major or grand..did finally see a major land but didnt have enough to trigger win..i keep seeing pop up windows of players hitting the grand or major but i still dont believe that players are winning it cuz ive spun almost 300;000 times and still havent hit one..anyhow, ill keep spinning and give update if i hit one
By Noneyabizzzzzzzzzzzz

Worst slots app I have ever played!

May have won the bonus twice after buying over $20 in coins I am at a loss for words! I like playing these slots because they are in the casino I go to but I refuse to lose like this on what’s supposed to be a free slots game.
By willh1988

The money I spent should have let me play a month. If you were paying in crap we wouldn’t even get a smell.
By kenrayb

This is a really fun game to play it just never gives you the money that was tallied up. Sometimes I have to go out of the actual app to restart it, it’s very annoying. Plus at the end I’m not getting my money that I’m owed.
By wadegabby#3

They can change your bet without indicating that the bet was increased! You might not notice it and lose all your credits in one hit! They will not admit any wrong doing and will not return your credit to you! Criminals! Horrible customer service!
By laritur

I loved this game when I first started it was my little getaway especially if I couldn’t make it into a real casino. After playing for a few months I started buying coins not much just a little here and there.. well let me tell you the moment I started buying is the moment I won’t win anything anymore! It’s ridiculous save your money and go to a real casino!
By Arrikel95