The survival shooter Last Day on Earth is set in a post apocalyptic world: in 2027 the world saw an outbreak of an unknown infection that destroyed almost all the human race. And it didn’t stop there. All those dead started turning into zombies and those few survivors that have resistance in their blood are trying to survive on the ruins of the once great world. And now the survival of your character is only in your power! Keep an eye on your character’s life stats such as hunger and thirst, collect valuable resources for crafting, create weapons and transport of different types or use what you have at hand: a bat or a road sign. Everything will come in handy for killing dozens... hundreds…thousands of zombies! Defeat intruders to your land not only with your power but also cunning – construct fortifications with traps or go raid other survivors’ territories for the sake of rare loot and resources. After all people can do anything to survive. Hardcore fans will have plenty to do in tough seasonal locations. Before going to a desperate trip, equip your survivor with the most crushing weapon to hunt wild animals and destroy crowds of mutated zombies. One can reach seasonal location on a transport that’s available for crafting. Moreover if you pass the wall on the west of the map you will enter an online location where with a special costume on, you will be able to interact with other players. Explore the large and deep-laid world of Last Day on Earth! Upgrade your hero, equip your house, loot abandoned territories, hunt wild animals and other survivors – the new world has new rules. Will you survive in conditions like these? If so, what price are you ready to pay? 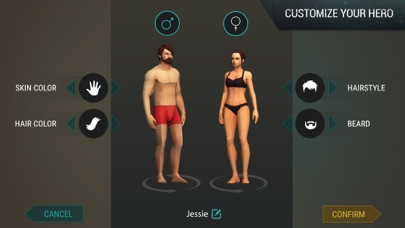 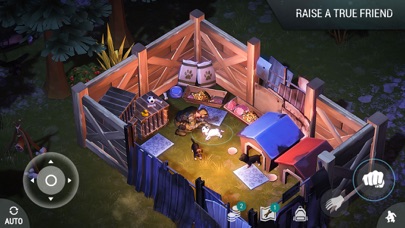 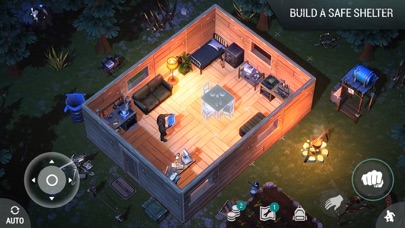 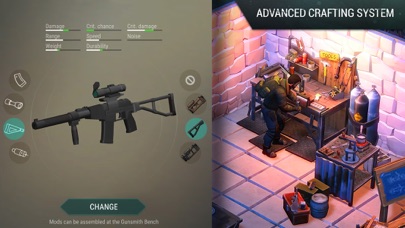 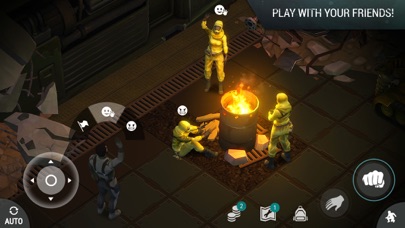 Ok the games is good I love it but there’s one problem, time to time for some reason it just closes the game and I have to load in again.
By 1Aguila27

This game is great. The only thing I don’t like is the mobile phone style timers on everything. No other ways to refill energy and the like then with time or money if you want to buy things.
By Vin Oup

I love this game... I also hate this game... Admittedly I spend far more time and money on this game then I should. Although I spend money I’m still poor. The reason I’m poor. I die. In this game you die. Diying is not the problem. The problem is me never being able to get my loot back. Reacently I died at the raiders camp after I messed up the mission. I was carrying all the stuff for Harry’s quest. I died. Twice, my body was deleted and I lost hours of work. I may not be able to complete the season because of this. This heavily frustrates me after spending hours and my money in this season. Please. Please please make it to we’re your body spawns at your base when you die, or even if it spawns at the beginning of we’re you die, somewhere in a zone that you can’t die, like a safe zone for you to recover your loot. I would love this game so much more if the developers of ldoe made this change
By That1Guy_CalB5

Thanks for 4 rope when beaten big zombies,, yous are the lamest retards on the planet,game crashes,keep hiring monkeys too do make your games .i wanna work there you don’t have too know anything and you get payed ,
By Mmmmukhgyv

All of my data is gone

I got last day on earth a while back when it was still in beta form on a different phone. It was fun so when I got my new phone and it came out in the full version I got it. I’ve been playing it for several years now for probably 10 - 20 minutes a day just to waste time because it is pretty fun once you get to a high level and get resources. I spent a couple gift cards I got on the season passes because there’s nothing else to do with iTunes and I got hundreds of coins dozens of guns and dozens of resources I never got to use. The reason I never got to use them is because I accidentally deleted the game and when I reinstalled it and got my data back, the account given wasn’t even mine nor close to mine. It’s like they just gave me the account of some random noob who doesn’t even know how to play the game. The character didn’t look like mine, the most certainly didn’t have as much stuff as me, and they had nothing in their inbox. I contacted kefir support teams and told about the problem. That was yesterday March 30 2020 at EXACTLY 5:06 PM. As I write this it’s 9:11 PM on March 31 2020 and still NO reply. I posted a review like this yesterday but for some reason it was taken down and the developer did reply to it asking for my email but I don’t know how to reply to the developer in the App Store so it’s a lose. I’m out. It was fun while it lasted.
By I like things in life