Worried about unprotected Wi-Fi hotspots? Touch VPN – the unlimited VPN – is the solution for you! ***** Highlights of Touch VPN ***** -- Unlimited: Truly unlimited. No session, speed or bandwidth limitations. -- Simple: Open the world with just one touch of the “Connect” button. -- Secured: Strong SSL encryption will make your browsing secure. -- Support: We want to be one of the best VPN choices for you, and are always open to feedbacks and suggestions. Just shoot an email to support! ------------- What is a VPN: VPN stands for Virtual Private Network. When connecting to a VPN server through Touch VPN for example - it sets up a secured and encrypted connection to an external server. Because of the encryption process, the data cannot be filtered. Why using a VPN: With a VPN, your online privacy and security will be greatly bolstered as you’ll be surfing the web protected. VPN vs. Proxy: VPN and Proxy can both conceal user identity through re-routing your internet traffic. A Proxy server is, however, completely browser-based, and might not be compatible with certain web pages that use non-browser technology. Unlike a Proxy, a VPN service encrypts all your traffic and will work with all internet based services. In summary, VPN will provide you with more online privacy and security. With Touch VPN you can： * When you’re connected to a public Wi-Fi Hotspot, your name, passwords, and personal information can be easily compromised. Touch VPN encrypts your data and provides you with banking-level security for the best protection. * Touch VPN is a one-click VPN Proxy Service. Touch VPN contains only one button. The button connects you to one of many servers at speeds faster than a web proxy. When you are not running our app we help you save your device's battery. * Surf the Web Privately. Your real IP address is concealed and your internet activity is inaccessible to prying eyes and businesses. -------------- Legal: Privacy Policy: https://www.pango.co/privacy/ Terms of Service: https://touchvpn.net/terms-TouchVPN 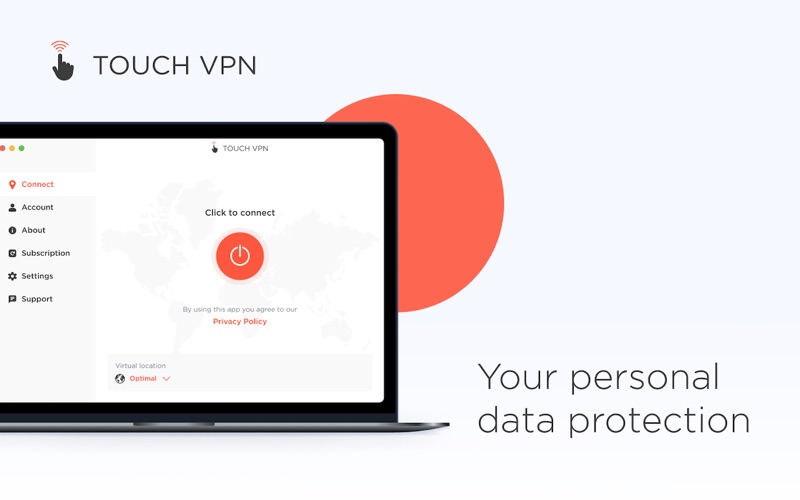 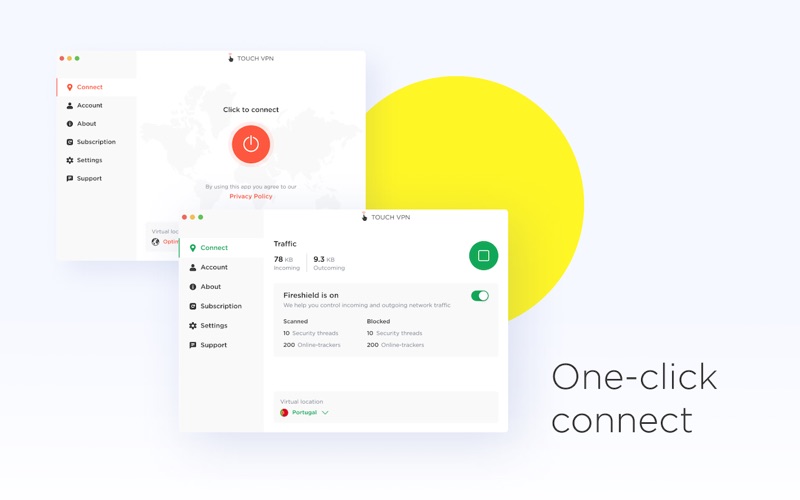 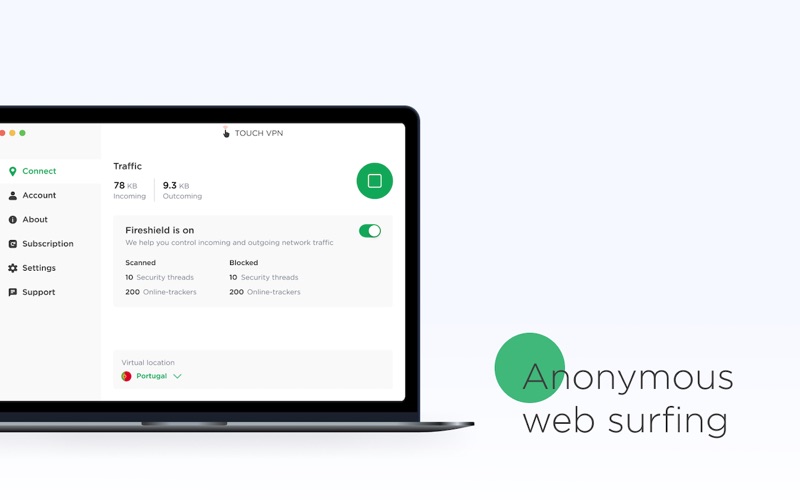 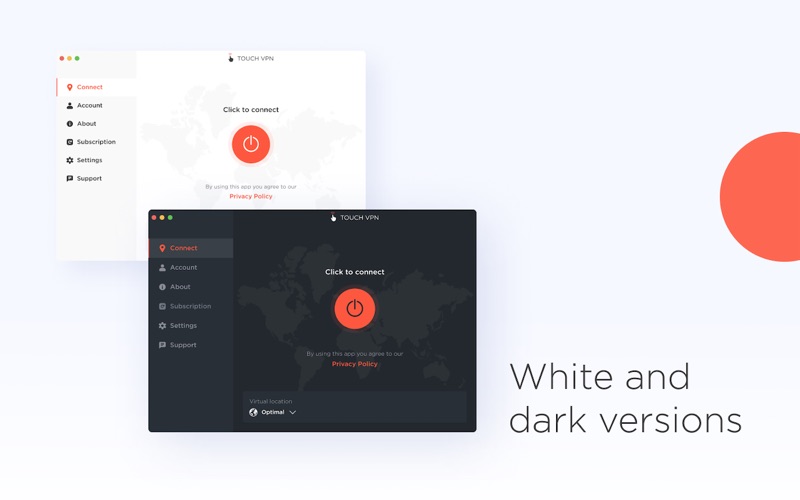 not responding, can’t be deleted

I recently updated my touchVPN and upon starting it, the app did not work/ was stuck (icon did not appear, no window whatsoever). Can only be force quit through activity monitor (which shows that the touchVPN is not responding and is taking 98-99% of CPU). Even after force quit the apps still cannot be deleted, because “some extensions are still in use”. As a result I have to repeat force quit everytime I start my mac since the touchVPN start automatically, and froze every single time. THIS IS A NIGHTMARE. I emailed their support a week ago but never got any response. I am running this on a High Sierra 10.13.
By chedd_tj

Was great until this past update. Now they want you to subscribe. Hit's the "daily limit" after visiting three sites.
By Bryce19

Not working after update

I guess they wanted to enforce subscrition(premium membership) and this was the sneaky way to do it. If they had told the users that after upgrade it won't be free anymore no one would have upgraded. That's what I understand from the response their customer service is posting for the complains about the app not working anymore. Be a premiuim member we will solve your problem. I hope I am wrong, we will see.
By Zbd555

App was working lovely. Then the new update hit and it does not work at all now. I see I’m not the only one. Hope someone is working on it.
By 90cal

Not Working, Not Responding

Not working After Update.
By Merlsane.Mac

i can’t use this app! no window open for connecting
By Neda ebrahimi

This VPN worked great, and now… NOTHING. Just stopped working all together. What gives? Please fix it, or delete it from the App store, because having bum software up there is just dumb. Clearly it isn’t just me, a number of these reviews state the same thing.
By cbab03

It was a five star app. After the last update, it stoped working. Also, the system trys to open it all the time and I have to close it from activity monitor every time I open my laptop..
By Oben OZBOYACI