TezLab is the most popular app for you and your vehicle. Get insightful drive details, track your trips, charges, and more to help you get the most from your Tesla. A qualified electric vehicle is required to use TezLab. Terms of use: https://tezlabapp.com/terms Privacy Policy: https://tezlabapp.com/privacy Disclaimer: This software and documentation are not provided or endorsed by the makers of the electric vehicles. Use TezLab at your own risk. TezLab uses some of the same interfaces used by the official EV apps, however, those interfaces are undocumented and unsupported by the EV makers and HappyFunCorp cannot guarantee proper operation of TezLab. You are responsible for any changes to your car by using TezLab (car controls) as TezLab can unlock the car, and perform other functions on the car. HappyFunCorp is not liable for any damages to you, your car or any other object in conjunction with the use of this app. 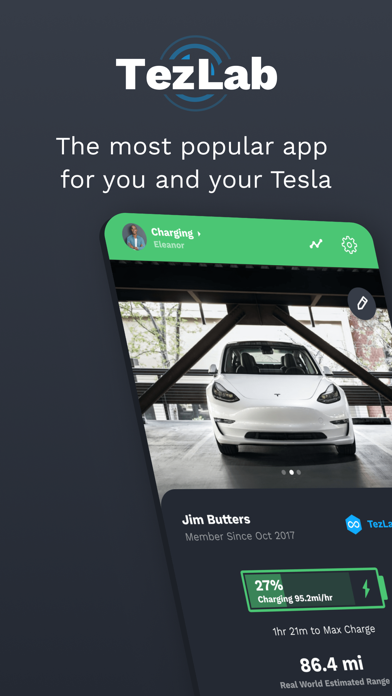 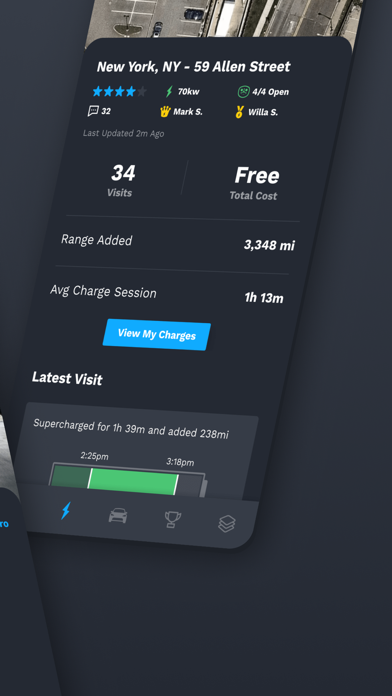 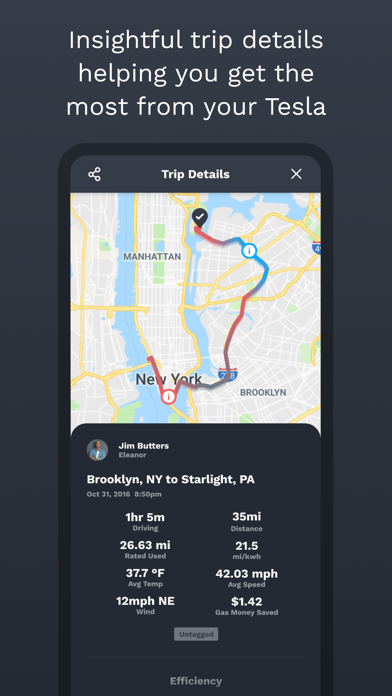 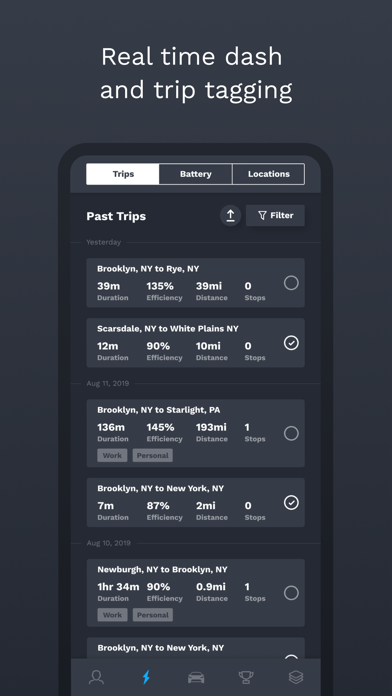 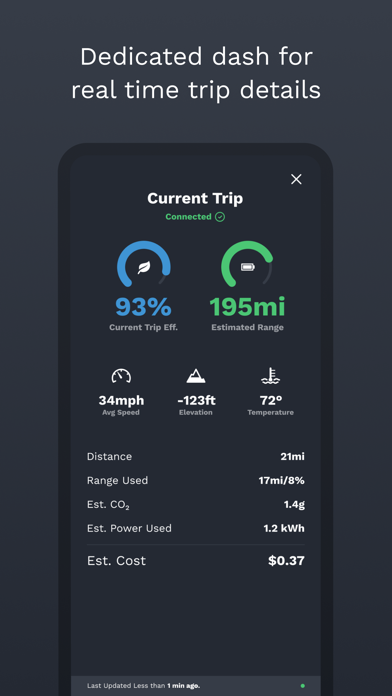 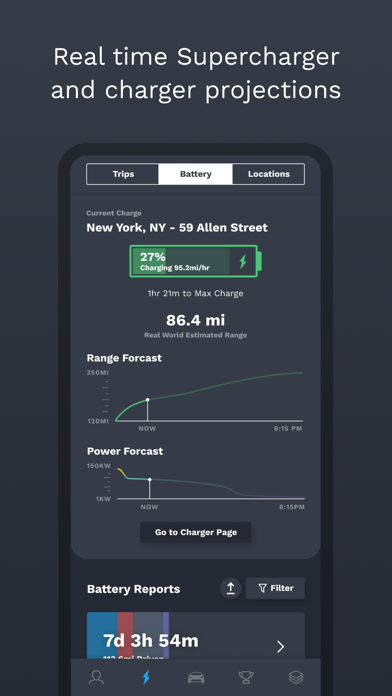 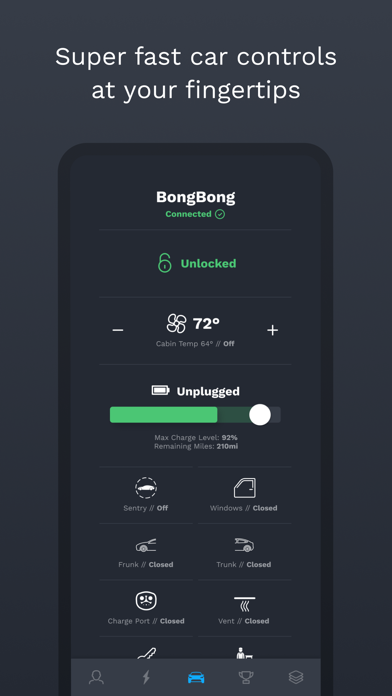 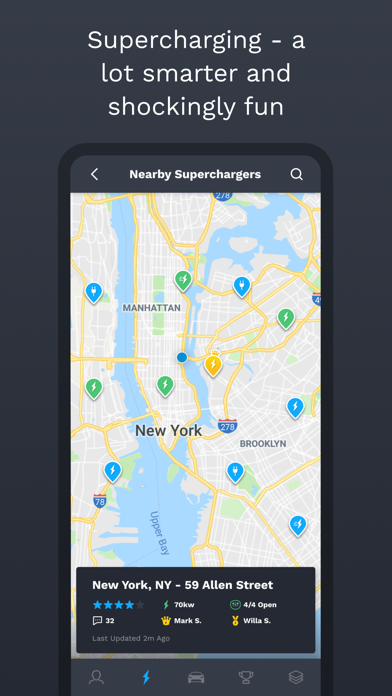 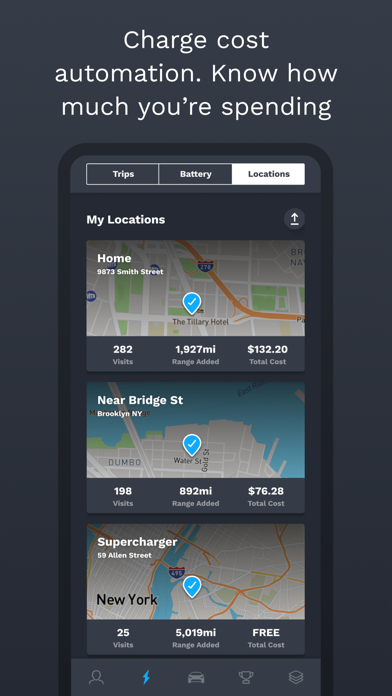 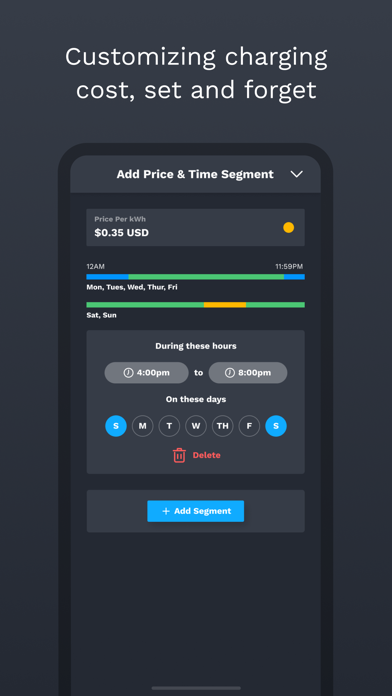 Good, when it works.

I thought it was a great app during the free trial. About 5 months into the $50/year subscription and definitely disappointed. The slow loading times make the app not worthwhile. After clicking on trips it takes more than 2 minutes to load. Scroll down to see more or filter trips, you’ve got at least another 2-5 minute wait. Unacceptable. If it was a complete free app, it’s nice, but still wouldn’t use it as the load times are unbearable. For $50 a year I regret the purchase, won’t renew and wrote this review. ~100mbps download speed on both wifi and LTE with no issues in other apps. App content: Being able to track all trips with average speed, energy usage, time, elevation, temperature is awesome. I love the range added vs range used per day feature. The widget is nice. Being able to track charging time, energy, cost is great. I don’t care for the car controls, would rather just use the tesla app. I don’t care for supercharger reviews: my only concern when choosing a supercharger is how far off my route it is. I wish I could hide the prompts asking me to review. I don’t care for the social/leaderboard/badges aspect.
By shameers

Having access on my Apple Watch is peace of mind if I need another method to access my Tesla. Right now I will stick with Stats as they have a Watch app as well.
By Bobgobl1n

Really like what this app is trying to do, but only gave it four stars because I think it can be made “great” by making a few tweaks. Specifically, on long road trips, I’m awarded bronze, silver and gold badges for driving efficiently, keeping a consistent speed or fastest time covering a certain number of miles. I’d like the app to feature a trophy case (visible only by the user) to contain these achievements. As it is now, they get tossed into the ocean of other members’ achievements and aren’t readily accessible. Also, I’ve paid nearly $200 to purchase actual trees that will be planted to offset my carbon generated by charging, but that investment isn’t really celebrated as well as I think it should be inside the app. There should be a more thoughtful, graphically rewarding page I can refer to within the app that shows the region(s) of the world in which my trees are located, and when they were added.
By TheBry

I love all that it does

This app does a great job of turning off all the devices on the Tesla that would leave your car without a charge. It’s worth a great deal just for that accomplishment. Showing what the charge means in “real” mileage is another godsend. It’s the things that should be on the Tesla!
By AdHater27

Very thorough reading of the trends in the car.
By Idboise

Tons of useful data for your Tesla to maximize your investment! Paid version supplies even more statistics!
By 2377?brad

One of the best Tesla Apps.

TezLab is by far one the top 3rd party apps for monitoring your Tesla. The innovation keeps coming with big updates every 6 months. I highly recommend becoming a Founding Member and supporting this great app.
By ILuvAmp

Lots of information and good controls Easy interface . To be complete just need the Apple Watch app
By Sla190

This is a good app. It would be a great app if it had Apple Watch integration. Also I think if there was a way to use the data to provide summarized in app insights that would be a good feature. Kind of like a Stat/KPI dashboard. Average daily miles driven, contextual insights such as how far and back you could go based on geography. For example current real world est range @90% is 185mi. Sure based on consumption. But what if I go on a road trip to a nearby city? Is the real world range start point taken into consideration? Things like that.
By DarthAmerica