Sudoku 4Two is the only Sudoku app with true MULTIPLAYER! Challenge yourself and your friends, and enjoy this all-time classic whether you’re a beginner or an extreme expert. We have over 2 million brain teasing puzzles for you to solve! Features: - Multiplayer challenges: Play against friends or other online players and see who can complete the same grid with the highest score! - User-friendly interface: Our clean, friendly interface lets you focus and enhances your puzzle-solving skills. - Single-player practice mode: Brush up on your skills or enjoy a solo game before tackling our multiplayer challenges. - Customizable gameplay: Customize your experience with a plethora of options, making this truly YOUR Sudoku game. - 5 Difficulties: Difficulty levels to suit all players, including extreme puzzles that can only be cracked with advanced strategies. - Statistics Tracker: Track your individual stats, and your head-to-head stats against favorite opponents, so you can easily check your progress. - Hint system: Our game is frustration-free! If you don’t know how to proceed, use a hint and get past that hurdle. - Engaging music: Enjoy beautiful, relaxing music composed specifically for our game! 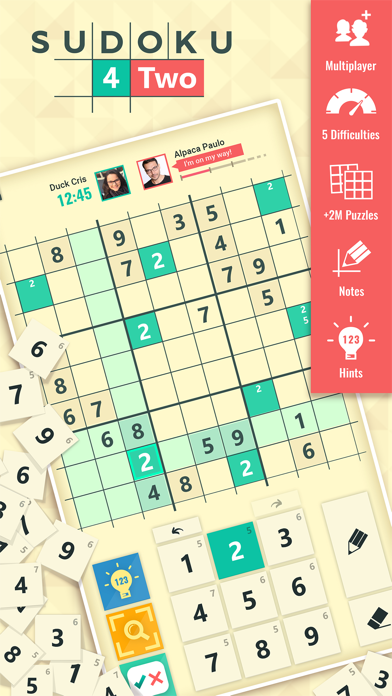 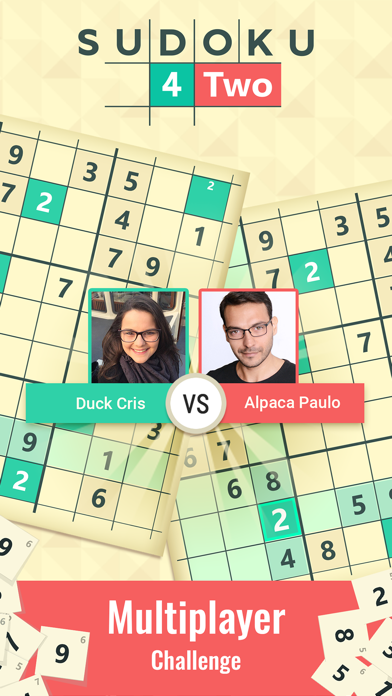 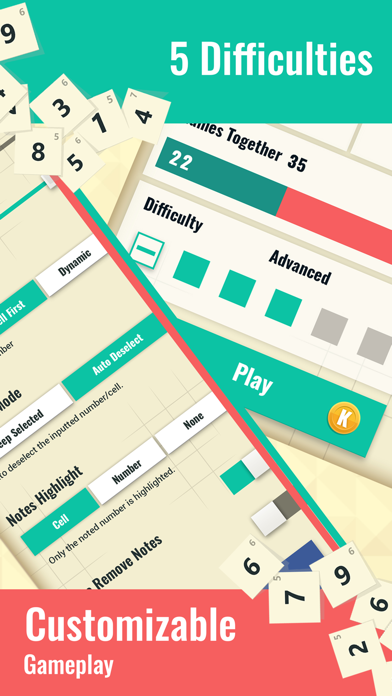 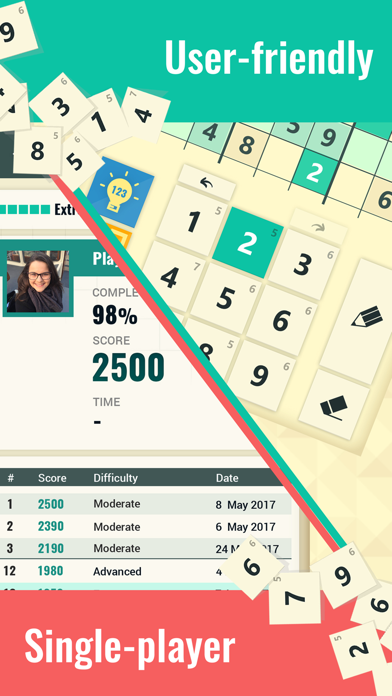 Game doesn’t fit the screen on an iPhone 11 causing the game to pause a lot. After playing one game with super hints, often times you can’t select them again, so when you hit continue another box pops up saying “are you sure you want to play without super hints?”
By SomethingSusie

If you get this app to play against someone you know it’s not that fun. The games don’t always line up. There’s no game ID or name to make sure you’re playing the exact same game. The interface in annoying to operate. The game itself works well but the two player option is frustrating and the reason I’m deleting the game. If I wanted to play a random person and not know we’re playing the exact same game then I suppose it wouldn’t matter. I deleted multiple games just trying to find the one we were both trying to play and therefor forfeiting, ruining stats and depleted my play time. That’s just stupid.
By Songgirl3879

I love how easy to play with other people is, great app!!
By coralbr

App is fun but need updates

I love the app and it's mutiplayer feature. As a daily user I'd love to see it updated to be properly layed out on new iphone X screen ratio. Currently the number keypad is too close to the bottom creating accidental hits and interruption of the game. Also when playing in the subway it seems to freeze a lot looking for that signal which seems irrelevant while playing/filling the board. If you can only did one thing please fix the keyboard since it's super annoying to keep going back while playing. Thank you!
By livetruly

Fun, liked the ability to play with my nephew from afar by competing. Has some kinks to work out though.
By AlexGQR

We enjoy this game and it’s so fun to play against my husband!!
By MissyMKelley

Tons of bugs with game. Keep saying no internet connection but I did. Changed my profile name twice causing me to lose everything. The game was fun when it worked correctly.
By Desmond955

I enjoyed the app, but I ended up losing everything tied to my profile. Play history, games in progress, and all points earned over the last few months. I tried to log out and back in, delete and redownload the app and restart my phone. There were other glitches that bugged me - not having the ability to choose hints when you automatically rematch a player, games freezing while trying to use hints while the clock is still running and not seeing/disappearing play history between myself and other players. Disappointed because I really wanted to like this app.
By Melj513