BillMinder® reminds you to pay bills so you can avoid late fees, save money, and improve your credit score. BillMinder® has been on the App Store since 2008. It features an Upcoming screen to show you which bills to pay and when. BillMinder’s® calendar can be filtered by category or paid status so you can focus on the bills you want to see. You can choose how to you want to be alerted about your bills, how often they are due, and much more. BillMinder® features: • Support for dark mode • Customizable Upcoming screen • Calendar • Support for Touch ID • Flexible, per-bill reminders • Email backup and restore • Categorize your bills • Sync your data across your iOS devices using a BillMinder® account • Use offline with or without a BillMinder® account • And more! BillMinder® is a registered trademark of return7, LLC. 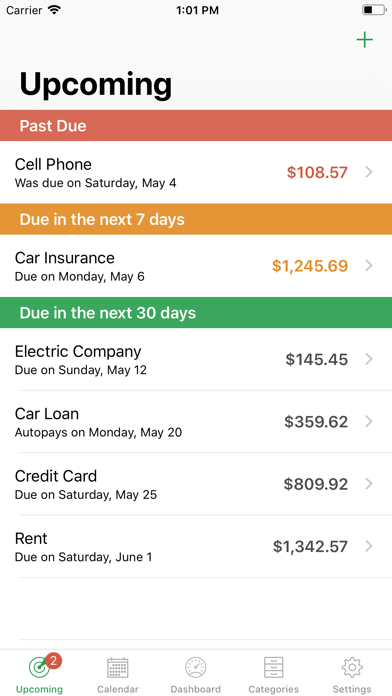 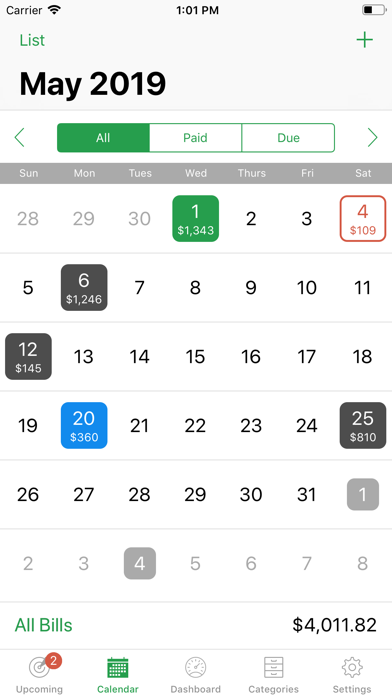 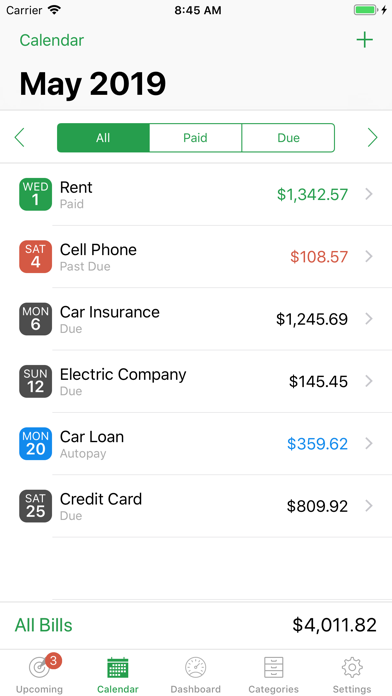 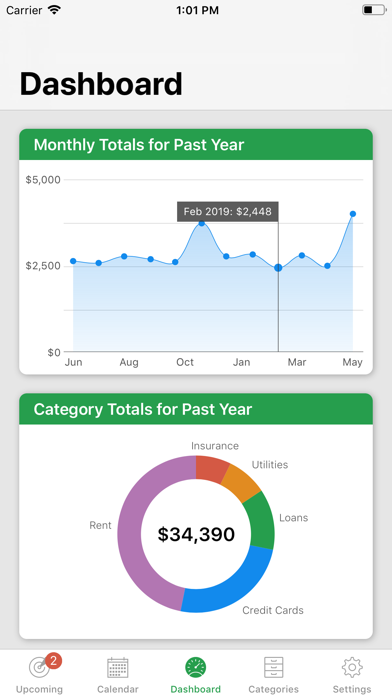 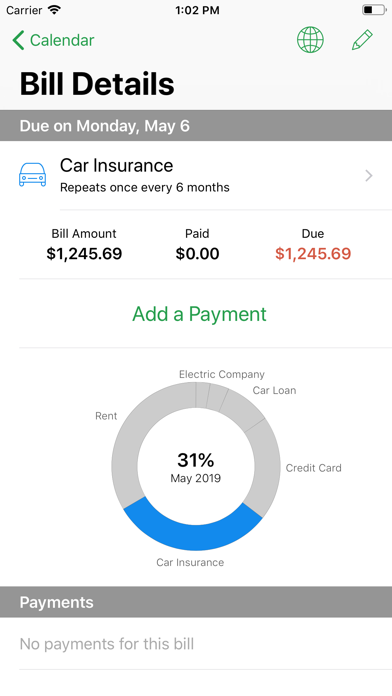 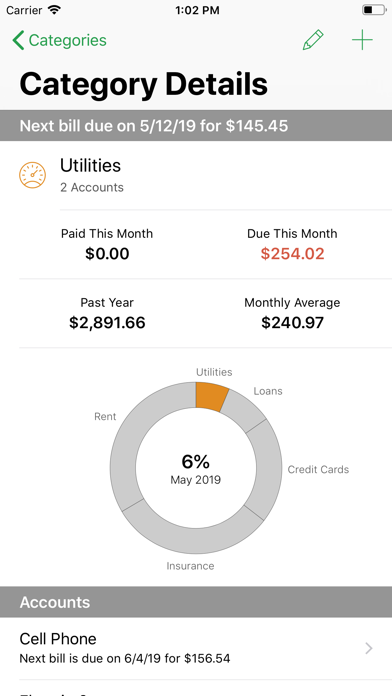 Great way of staying on track of bill payments
By amdiaz5103

Was a great app once but not anymore

This app was perfect for what I needed in a bill tracking app - user friendly, accurate, easy to update/edit bills. No frills but definitely beyond adequate. I used it religiously for many years. Unfortunately it looks like the developers have just dropped the ball completely. My bills are suddenly doubling or even quadrupling within the app - for example, my internet bill and car payment both show up 4 times each, making it look like I owe 4 times as much for those bills each month. App also crashes multiple times while using. Sometimes I can apply a payment to 2 or 3 bills before it crashes but other times it crashes after each bill is updated with a payment. These two issues combined make the app virtually unusable. Too bad that I’ll have to go look for something else after all these years.
By Twinksees

The original Bill minder was great. It had a nice appearance and I used it for years. I made the mistake of upgrading today. It didn’t pull my payment history over properly and messed up bill amounts and timing. The new appearance is awful, basic and “cheap” looking, not nearly as clear as the original. Very disappointing.
By Goruth

I love this app. It has a very simple layout and makes it very easy to use. I’ve used it for years! Love it!!!!!
By Cyndiloowho70

I’ve been using this app for years now. This is a huge help. No more late bills. Keeps me in touch with all my finances at a glance. Love it.
By Cruzer9561

The new version is awful

I’ve had the free version since 2010 and it’s been amazing. I was forced to upgrade and now it forgets bills the following month even though on reoccurring. It keeps bills I delete out for future months and it chooses it’s own dates for when bills are due. Don’t use it’ll mess you up. No way to contact them either I’ve tried.
By Ericakristene

I am an avid user of BillMinder. As of May 1st 2020, glitch has occurred. It is duplicating the bills for that day. Same label, date and amount. Is there a fix in the works for this?
By Hitman_126

Have come to depend on this app but I’m having trouble.

I’ve been using this app for years. I’ve even tipped the developers. But a couple years ago I upgraded my phone and have never been able to get the phone to sync up with my iPad. I log on and it shows my bills but says it’s been over a year since I paid any. So I just let my iPad do the reminding. Inconvenient but not a deal breaker. But technology keeps moving forward. So now I have purchased another iPad. It’s done the same thing. Billminder shows that all the bills I have paid in the past are past due. Over 400 of them. And the current bills are showing up duplicated twice! Since there seems to be no way to reach support I’m afraid that I have no choice but to regrettably look for another app.
By Evkin

The calendar is not displaying as shown in the screen shots in Apple App Store. Why am I unable to view calendar format?
By lsl493

I’ve used this app for years to keep track of my bills and payments. Never had an issue with it on my old 4S. I just got the new iPhone 11 Pro and — aside from having to pay at for an app I’ve had for FREE — I’ve noticed it’ll show on each account when the next bill is due as clearly as I’ve set it, but for some reason it won’t show up at all in the Upcoming screen. I don’t know if this is some sort of bug or something but I hope it gets fixed soon. I keep having to add a payment I just made to the wrong month because the current one won’t show up. This new version is not as user friendly as the previous one.
By Candygirl88