Got a singing mood? Don’t wait a single moment! Karaoke is right here to help you sing your heart out! Karaoke by Gismart is a handy tool that will let you express yourself singing. You hold a recording studio in your hands where you can create individual versions of international chart-topping hits! It’s so easy and fun! All you need is your device and some passion for singing. Try it out now! Sing today! KEY FEATURES ENJOY TOP HITS: choose from a massive catalog of 1000+ songs and discover the greatest hits in your songbook regularly. CHOOSE FROM DOZENS OF GENRES: sing songs from popular genres - Pop, Rock, Hip-hop, Rap, RnB, Country - we’ve got it all! The songbook is regularly updated with new tracks! SOUND LIKE A PRO: use pitch correction and auto voice tuning to polish your vocal performance with great audio effects. RECORD AND SAVE YOUR PERFORMANCE: get your own video clip in a tap! Sing your heart out and rock like a real artist! Karaoke app is suitable for everyone who has a flair for music and wants to experience being on stage! Express yourself singing! PREMIUM subscription The app contains the following subscription options: - Weekly subscription - 3 days free, then $8.99 - Weekly subscription - $9.99 / week without free trial - Quarter subscription - 3 days free, then $29.99 / quarter - Quarter subscription - $29.99 / quarter without free trial - Quarter subscription limited offer - $24.99 / quarter without free trial - Annual subscription - $89.99 / year - Annual subscription - $89.99 / year with a 3-day trial - Payment will be charged to iTunes Account at confirmation of purchase. - Subscription automatically renews unless auto-renew is turned off at least 24-hours prior to the end of the current period. - The account is charged for renewal within 24-hours before the end of the current period. - Subscriptions may be managed by the user and auto-renewal may be turned off by going to the user’s Account Settings after purchase. - The cost of renewal is equal to the value that “Apple’s App Store Matrix” determines as the equivalent of the subscription price in $USD. - Any unused portion of a free trial period, if offered, will be forfeited when the user purchases a subscription to that publication. - You can subscribe for unlimited access to our Premium features: * Unlock all songs * Full access to audio effects *Prices are equal to the value that "Apple's App Store Matrix" determines is the equivalent of the subscription price in $USD. Privacy Policy: https://gismart.com/privacy-policy/ Terms of Service: https://gismart.com/terms-of-service/ Feedback Help us to improve Karaoke! Leave your suggestions and feedback at support@gismart.com 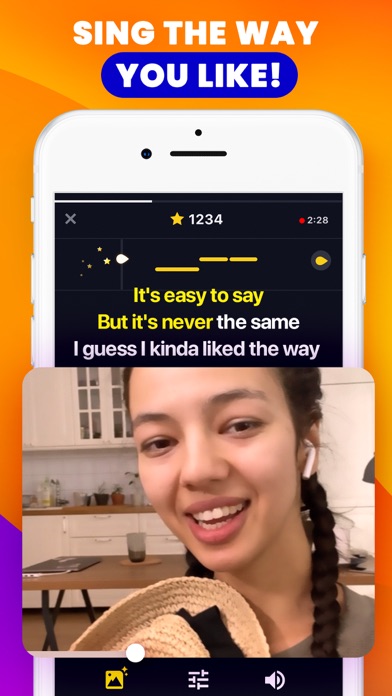 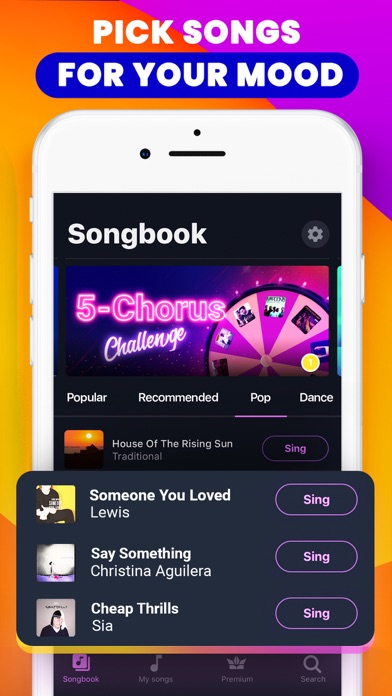 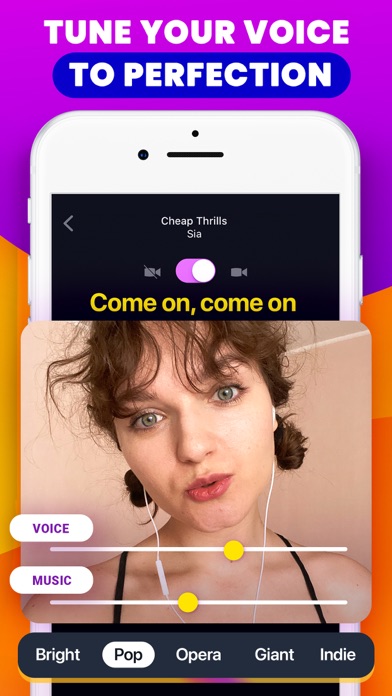 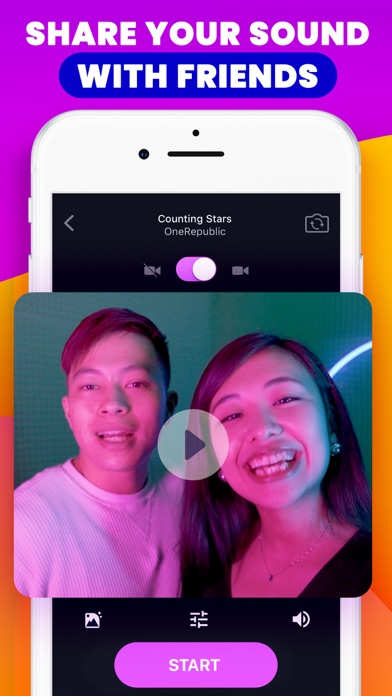 Will not pay this much for a karaoke app. No limited version, only premium? Dumb.
By Christine Featherstone

Was actually looking forward to trying the app to see how well it worked but then to find out I have to sign up for a free trial just to be charged $9.99 a week honestly killed it for me. Instantly deleted
By West Spartan

I thought I was doing something wrong

Karaoke is supposed to provide songs people want to sing. This app still has a majority of its selection as Christmas carols and it’s almost mid January. It says you can sync your iTunes but every time I tried I got a failed message. Unless you want to just play silly guess the song games, don’t waste your time or space with this app.
By klynnbear123456

$10 a WEEK is not worth this. All I saw were Christmas songs and versions of songs I do not know, or songs I have never heard of. Apple Music doesn’t even cost this much. I wasted a free trial.
By jeofbsjef

Why is it all xmas music?

This app is complete garbage.
By noteswithmyeyes

Everything you need to know are in the most recent reviews, just filter and read. Don’t waste your time or energy. It took all of 29 minutes before I cancelled the free trial. Music selection…mid. Games…mid. I couldn’t even find the pitch thingy I saw advertised on TikTok. Just don’t do it. And to the developer, nice scam…419 worthy.
By olushamsi

You guys keep saying it’s free to download but that does not mean it’s free it’s self within the app fix this please I can clearly see why people Typed up the reviews that they typed. Everybody saying that it’s not free within the app and I think you guys know that but you’re just trying to bypass it. Honestly if you get more and more worse reviews I can see why, honestly. And also you guys keep saying that you’re not forcing anybody to pay but then as soon as they put their credit card information and agree to the free trial That’s when people are going to have to pay so Innoway you kind of are. Also many people are saying the same thing and you guys still choose to leave it and let people complain about it. Also I know you guys know that people are complaining about this honestly I don’t expect any positive reviews after the amount of negative reviews I’ve just seen including mine.. terrible…just awful…. Honestly is this a joke…. Like y’all are not serious trying to make money off of this…right?
By JoJo the donuteater

Yeah NO I don’t THINK So. Predatory subscription warning.

If you think you’re gonna con me into a three day trial with a after charge of $36 a month you are mad. I can’t even CHECK THE APP Out. You automatically try to get me to agree to a subscription and that screams predatory
By UnhingedHeathen

Absolute garbage. I accepted the free 3 day premium. There are about 60 spiritual and Christmas songs, and childrens songs, and a few foreign nation anthems. What the Actual ???? Don’t waste your time
By Jaycee0404

Saw an ad on TikTok, thought it could be fun to see how accurately I could hit notes from some of my favorite songs. Gave the free trial a whirl. Literally only Christmas Music and Children’s Songs. Not even music from the Ad. So disappointing. Can’t belt it out with Sia or Beyoncé. And Sia had music FEATURED in the ad so I’m not sure why I wasn’t able to find any music by her. App design is pretty alright but everything else seems like false advertising. Pretty much a waste of time.
By TobbieGurl385