ChirpOMatic is the most advanced way to identify bird sounds - simply record a bird singing and ChirpOMatic will use the latest technology to identify it. This current version of ChirpOMatic USA has an emphasis on backyard birds of mainland U.S., with an added selection of common birds from other habitats. “Top of the pile of bird song recognition apps” - Bird Watching magazine Although the technology behind ChirpOMatic is extremely complex, we have used our expertise in app development to make the app easy to use for everyone. You don't need to read a complicated manual, trim sound files, or understand sonograms to use ChirpOMatic. It works rather like Shazam® or SoundHound® do for music. When you hear a bird, quickly hold up your phone and record for 12 seconds. The app analyses the sound, and shows you the top matches. You can compare your recording with the reference samples to check the identification. And if you don't have your phone with you, you can use your Apple Watch to record sounds for identification later. The app can work wherever you are - if you don’t have internet or a mobile connection then the app analyses the sound on the device. And unlike other bird apps, our special Bird-Safe mode means that the app can be used without the risk of disturbing birds. All your recordings are stored on your phone so you can listen to them again or share them with friends. You can help us improve the app by sending us the sound to use in training our system. The best recordings are posted (with your permission) on the Xeno-canto website, the world-wide resource for bird and bird sound research. PLEASE NOTE! The app is designed to identify real live birds under natural conditions. If you test on recorded sounds, you need to play the sounds at a realistic volume and only test on birds that might be found at your location at this time of year. 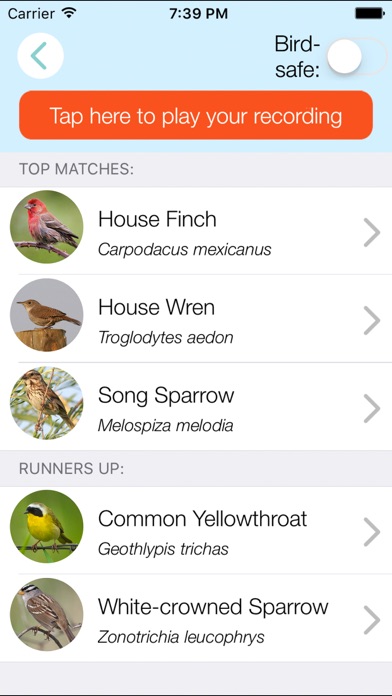 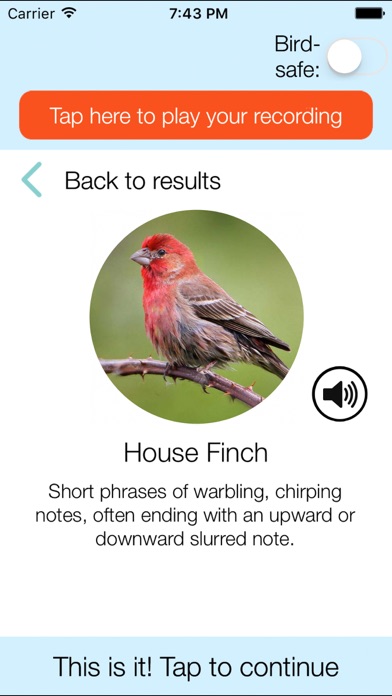 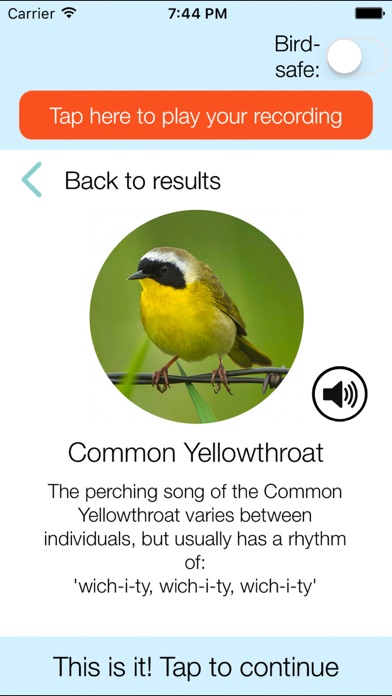 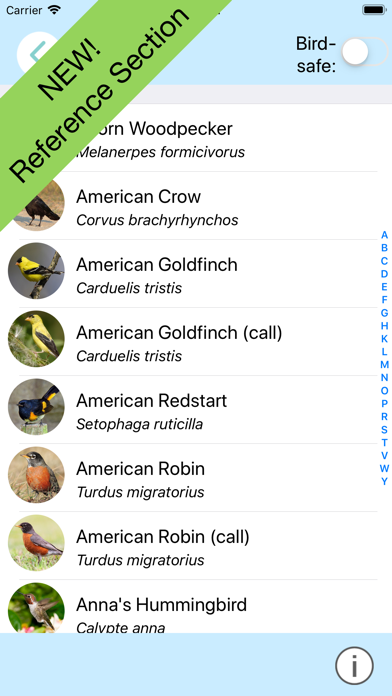 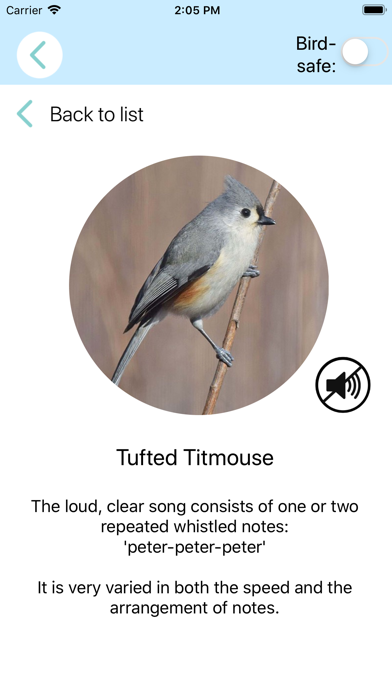 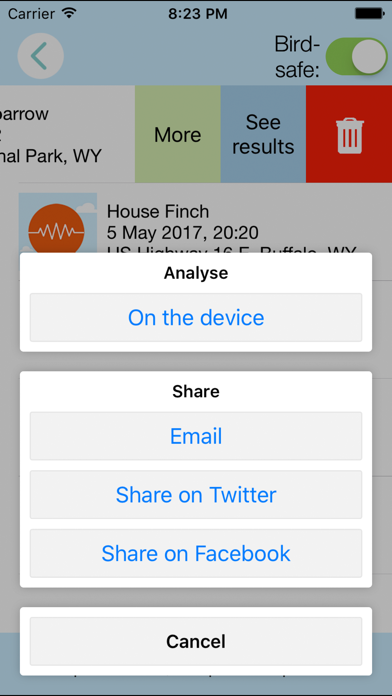 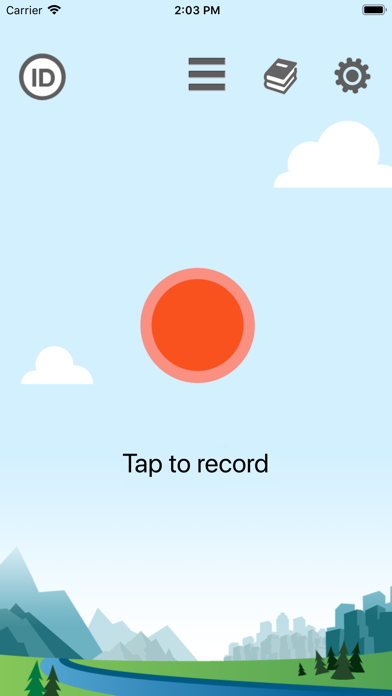 This app has not identified a bird call correctly all spring - perhaps it doesn’t play well with iPhone.
By murobinska

Talking with cardinals and robins in Massachusetts!

We are having fun in talking with the birds using the application.
By rjljb

No matter what I record either the same 5 common birds are always suggested or are odd birds not even in my region (NE Illinois). For example, when I recorded an oriole with no other bird sounds on the track, the choices were robin, white-breasted nuthatch, eurasian collared dove, mourning dove, Carolina wren. Very disappointed.
By MelzyP

Only 1 out of 23 correctly identified.
By disappointed user1958

Does not come close

I recorded Chuck Will’s Widow which could be mistaken for a Whip/poor/will. But neither of those came up and the choices weren’t even close
By Eileen Prussman

I got it to try to figure out what bird made my recorded bird call. It couldn’t even identify common redwing blackbird songs, much less any others. A ripoff!
By Tomsacramento

Doesn’t work for me

I’ve made what I thought were good recordings of a sing e bird and it has yet to identify a single species. Disappointing. I guess you have to have no other birds in the recording which isn’t easy.
By scragin

A complete waste of money

Doesn’t work for a typical bird
By Hpalmer4

I can’t put this little app down! Trying to occupy my heart on something happy and positive during this tough situation with avoiding the #Corona virus. Thank you for making such an awesome, awesome learning and appreciation of our feathered friends, app. And by the way, only once has it had a problem identifying the songbird. :)
By Trish McCarty

I got this a few ago. Immediately tested it and it didn’t Recognize the easiest of birds- a blue jay or crow. So far off in fact it was hilarious . I live in a rural areas w no outside noises. Just tried Again w unknown bird sound and suggestions were again way off ! Waste of my 3.99
By rmlmap

Birds of the Netherlands: A Pocket Guide from iSpiny

Butterfly ID Europe: A guide to common and noteworthy butterflies and day-flying moths of west and north-west Europe

Birds of the Netherlands

Butterfly ID Britain: A Guide to British Butterflies and Day-flying Moths from iSpiny