Use HIDIVE to stream awesome content straight from Japan! From new shows like Ahiru no Sora, Food Wars!, Tsurune, The Promised Neverland and Land of the Lustrous to classics such as Legend of the Galactic Heroes, The Big O, Azumanga Daioh, Patlabor and Maid-Sama!, plus a growing collection of dubs, you’ll always find something to watch, all ad-free. (Titles vary by region) Dive right in by signing in to your existing HIDIVE account, or start a new one using your iTunes account. Plus, new subscribers can try before they buy with a 14-day free trial! Subscribers can also watch their favorite shows on Apple TV, iPad, desktop and other popular devices. HIDIVE In App Purchase Information: - Your payment will be charged to your iTunes Account upon confirmation of purchase. - Your subscription automatically renews unless auto-renew is cancelled at least 24-hours before the end of the then-current billing period. - Your subscription includes full access to HIDIVE • English Dubs • Simulcasts • Exclusive Content • OVAs • DUBCAST℠ Editions • Movies • And more! - Your account will be charged $4.99 (for monthly recurring subscriptions) or $47.99 (for annual recurring subscriptions) for renewal within 24-hours prior to the end of the then-current billing period and each subsequent billing period until cancelled. - You can manage your subscription and cancel auto-renewal by accessing Account Settings in your iTunes account and following the instructions there. - Any unused portion of a free trial period, if offered, will be forfeited when a subscription to the service is purchased, where applicable. Terms of Use: https://www.hidive.com/terms-of-use Privacy Policy: https://www.hidive.com/privacy-policy 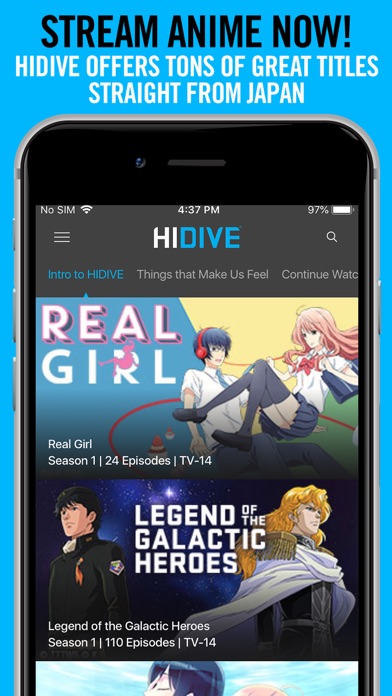 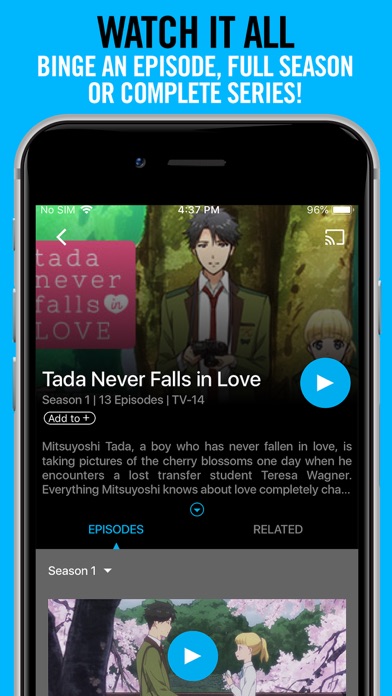 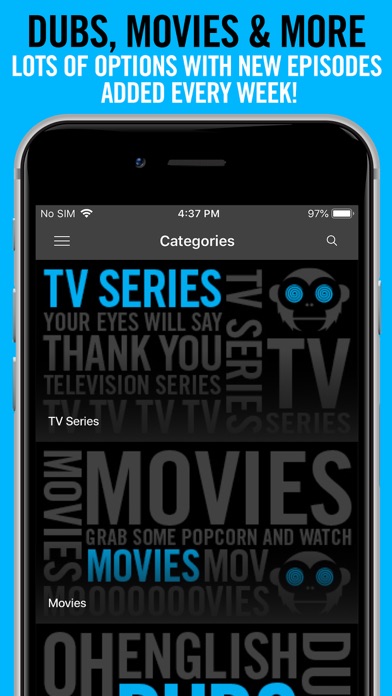 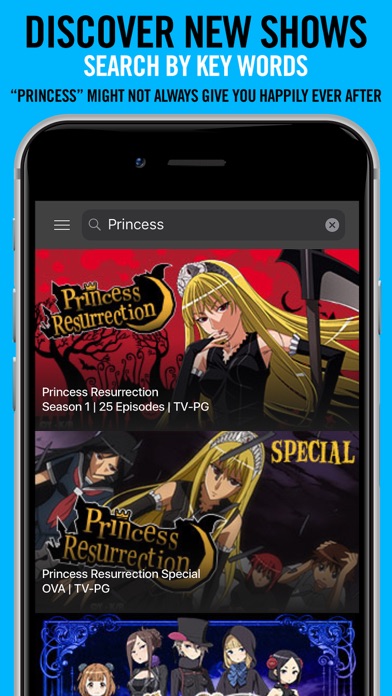 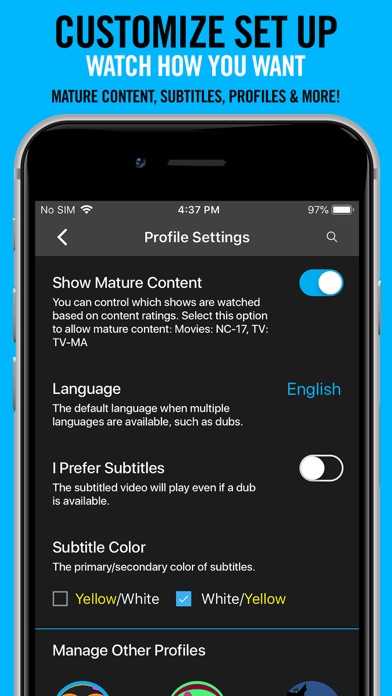 What’s the point in having an app and charging a subscription of the app barely works on the phone and doesn’t even remotely work on an Apple TV or smart tv. Why charge for a service if only the browser can be used
By Nobi808

Honestly the app is terrible BUT

the worst part is the video player whoch is arguably the most important you basically CANNOT scrub or rewind. There is no “go back or forward ten seconds”, and the track head is positioned on the bottom of the screen so that when you try to drag it you end up switching apps. Also the little bar at the bottom is ALWAYS present. ALSO it’s VERY difficult to hit the start and pause button due to how small it is. The icons are also not uniformly sized which is whatever but very slightly triggers me. Some smaller things are no background playing support (less important imo but would be nice) and no way offline video support. General use of the app is also annoying. It’s not fast and trying to find the shows I want is troublesome but not thag bad becuase there’s frankly not a lot of shows on HIDIVE. This season has some bangers which is the only reason I’m here, unsubbing as soon as those end. One thing I DO like about the app is they say when the next episode of a show will be released! It’s a unique feature and super nice for your seasonal watcher.
By Yout mom

If I could give it zero I would.

If you want to be utterly frustrated by an app with terrible navigation, laggy and sometimes downright unusable performance, simply maddening appletv app where the titles just don’t play, this is the app for you!
By i_am_now_here

I will sue this company

All I wanted to do was look at anime so I paid for this app, then a couple of days later it stops working. When I tried to contact the support it says “ Your account has been suspended and the customer portal will not be accessible. Please contact your account administrator. Fix this or return my money if nether is done I will file charges against you for theft. I know that if you did this to me you have done it to others. I will go out my way to find them and add them to the lawsuit. You have 1 business week to respond before I contact my lawyer. I hope that you see this and this matter can be settled in a timely and peacefully manner.
By Kingdraco82

No clue how a streaming app can be this bad

There should be a free subscription available for how terrible the condition this app is in, not worth any money don’t bother.
By already_dead_

Possibly the worst app/site I have ever used for streaming anime. Besides it having pretty trash UI it barely even functions. Incredibly surprised that it can afford to be this bad and still make people pay for it. I’d rate it 0 stars if possible but 1 is bad enough. Please terminate your entire site, it will make the world a better place I promise you.
By chickenmanicken

Fix your app, when I’m trying to watch a show that’s 18+ and it blocks the show based on parental controls that I’m actively switching off and it still blocks it you’re just stealing my money at that point. Until this app gets fixed you won’t be getting a penny from me. Hopefully more studios realize what trash this app is and migrate to actual reliable streaming services
By poopvayne

The app just doesn’t work. I started an account and it won’t load any videos. The entire app and website is just broken. My lord I’m happy their was a free trial and I didn’t have to pay for a broken, busted product. Somehow they think you should pay $5 to not be able to watch the shows they have.
By Worchoc2