Lasting makes marriage counseling simple. Build a healthier, happier relationship in a few minutes a day with the #1 marriage counseling app. Selected as Apple's "App of the Day," Lasting helps you and your partner nurture your emotional connection and repair relationship issues. Each session creates the space for you to reflect, unpack your thoughts, and discuss them with your partner. This enables you to understand one another better, work through disagreements, and connect in healthy ways. And it's all based on decades of research. That's why our users say things like, "This app saved our marriage." You get free access to our Foundations series—five sessions covering the basics of relationship health. You can also access all of our conversation-starters, relationship reminders, and single sessions for free. Lasting Premium unlocks the entire app for two users (you and your partner!) and allows you to take hundreds of Premium sessions on topics like: - Communication - Conflict - Repair - Emotional Connection - Sexual Connection - Sexual Desire - Trust - Money - Family Culture - Appreciation - Dozens more! Ongoing use of Lasting Premium requires an active subscription, available on a monthly or yearly basis. Customers who choose a monthly or yearly subscription are eligible for a free 7-day trial period. Monthly subscriptions are billed per month. Yearly subscriptions are billed the total annual fee from purchase date per year. Payment will be charged to your iTunes Account at confirmation of purchase. Subscription automatically renews unless auto-renew is turned off at least 24 hours before the end of the current period. Account will be charged for renewal within 24-hours prior to the end of the current period, and identify the cost of the renewal. You can go to your iTunes Account settings to manage your subscription and turn off auto-renew. Any unused portion of a free trial period will be forfeited when a subscription is purchased. Read our full Terms of Service at www.getlasting.com/terms and read our Privacy Policy at www.getlasting.com/privacy-policy. Build a relationship that lasts for a lifetime. Please note: Lasting and the materials and information contained herein are not intended to, and do not constitute, medical, psychological, or mental health advice, or diagnosis, and may not be used for such purposes. You should always consult with a qualified physician or mental health professional about your specific circumstances. Lasting and its affiliates disclaim any and all liability from the use of any information or advice from anything contained in our app, website, or services. If you have any questions about our Terms, please feel free to visit www.getlasting.com/terms. If you have any questions about our Privacy Policy, please feel free to visit www.getlasting.com/privacy-policy. CA Privacy: getlasting.com/caprivacy 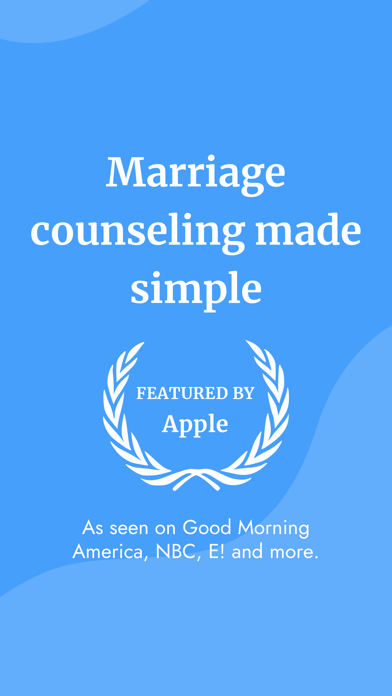 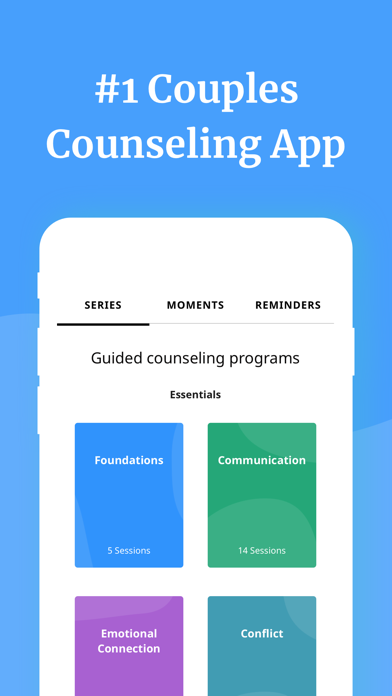 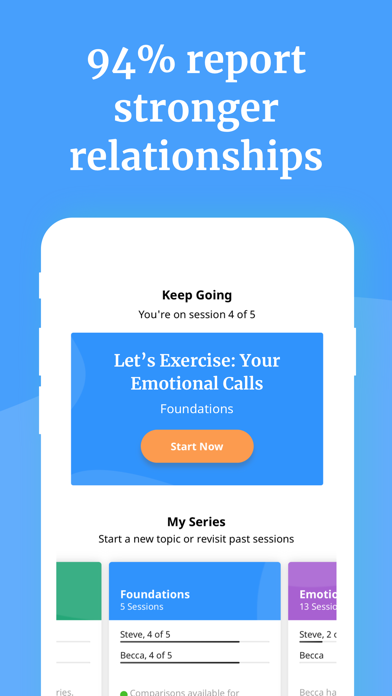 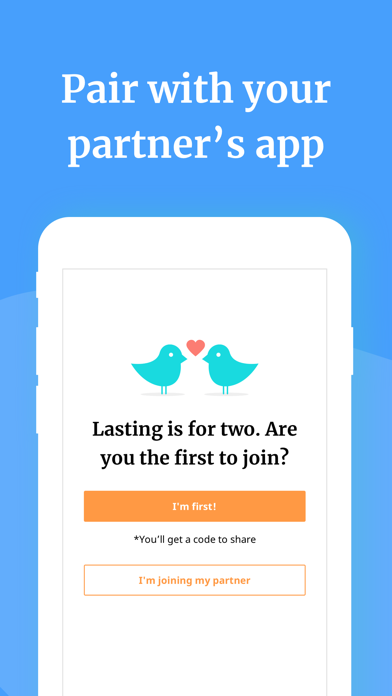 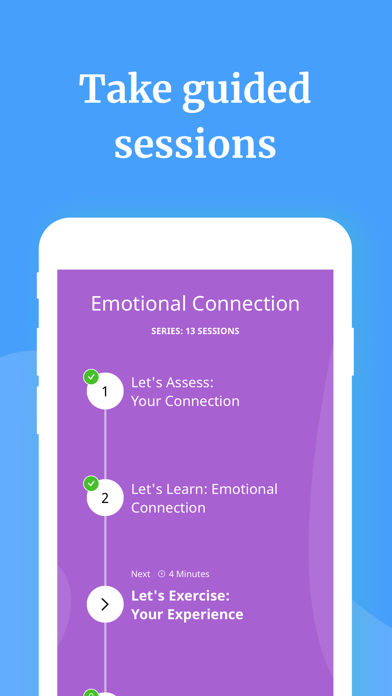 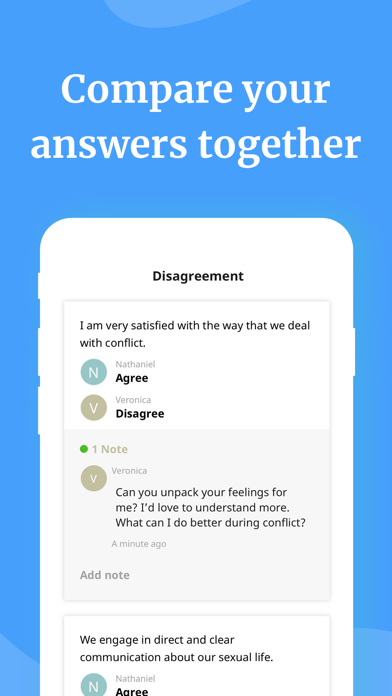 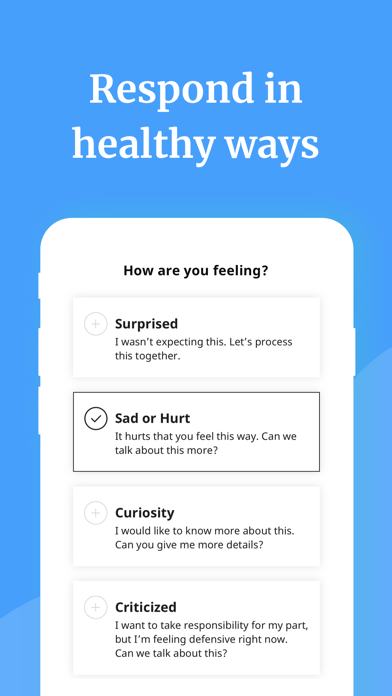 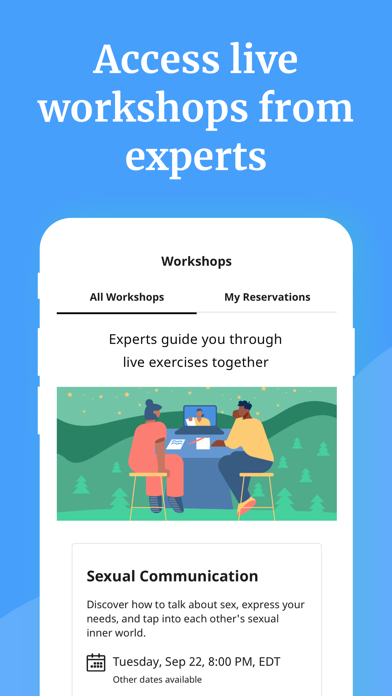 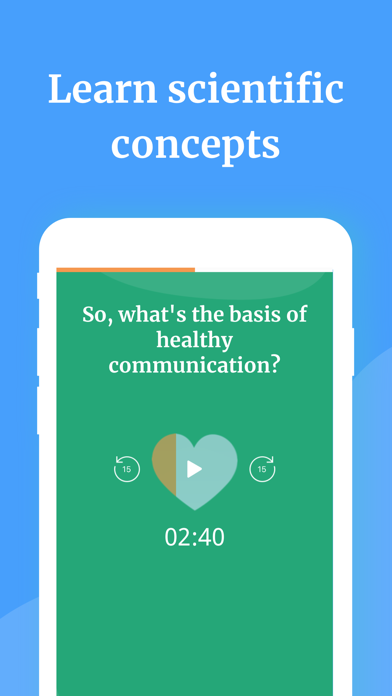 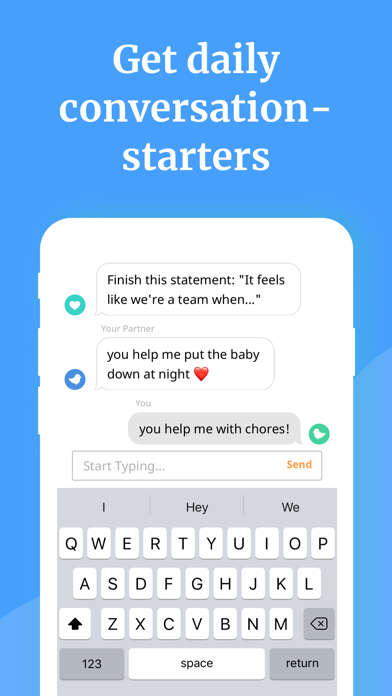 Whether you are in a rut or just want to keep a healthy relationship going, this App is so great! It articulates issues, both personal and relationship- wise in such a perfect manner. Really learned a ton about myself and my partner and why people behave the way they do. It really helped validate and explain a lot of what goes on in our head. No person or internet article has ever been able to articulate in such a way before that’s truly impactful and insightful. It’s all in such a convenient, logical way too! I recommend to nearly everyone! Best thing we found and we developed a routine with my partner and I around it!
By a newlywed!

Not a free trial

I cancelled 5 days in my so called free trial and they charged me anyway!
By ttcicket

So far this app is legit in its’s sessions and courses, I’m really enjoying it! I would recommend this to any couple seeking marriage/premarriage counseling!
By kiyabearrr

Overall this is a insightful app. It allows there to be breakdown of the root of the problem if it didn’t help my marriage. My rating isn’t due to that but it’s due to the fact that some of the questions weren’t clear to understand so you’re able to answer them.
By Juliannrbowser

I specifically read a number of reviews indicating difficulty unsubscribing after the free trial and getting charged $80 for an annual subscription.. but I thought that was user error. I literally canceled my account after the free trial AND THEY STILL CHARGED ME. Customer service just responded with a 2-sentence “there’s nothing we can do - it’s out of our hands”... when my $80 (minus App Store fees) is literally in their hands. At least offer a partial refund for the remainder of the year after cancellation! Such a scam.
By mdorfma2

There is no way to retrieve a forgotten password with this app. I had it on my phone while looking for apps to try and deleted it when I found out it wasn’t free. Months later my wife wanted to try it so I downloaded it again and it shows I have an account using my email, but there is no way to click the forgot password option. By the time this is fixed, the 7 day free trial that caught her attention will be up and we will not have had a chance to give this app a week trial to see if we wanted to continue using it.
By Samamm0

Everything is right in front of our face. Thank you
By 65Z

This would be an amazing app if my husband actually spent the time to share with me. I highly encourage anyone wanting a stronger connection with your significant other to utilize this app. It is very in depth and asks all the right questions to build intimacy.
By Draper5

I never leave reviews, EVER! If your marriage is struggling, download it!

In less than three days there was an immediate improvement in my marriage, from both people. Immediate improvement. If you are separated by distance, this app is a GOD send. If you even think there is a small problem, download the app. If you think maybe, download this app. Trust me! You will learn so much. Just do it. Thanks Lasting, my marriage was on a road to divorce! Not anymore!
By Emtp1124

It was a silly little questionnaire for you and your spouse!! We answered about 20 or so questions and compared them!! I was never once told anything about paying for anything on this app!!! I refuse to pay for anything on here!! It isn’t worth it! There are game apps and DIY apps everywhere foe everything that do not charge a single penny!! Those apps go more in depth of what you’re doing for what ever subject it is that it’s for! This doesn’t!!! No I refuse to pay for anything on here! If it had told me beforehand than I would have refused the entire thing then and wouldn’t have downloaded the app!! It never said anything when it downloaded either!!
By edyscloset