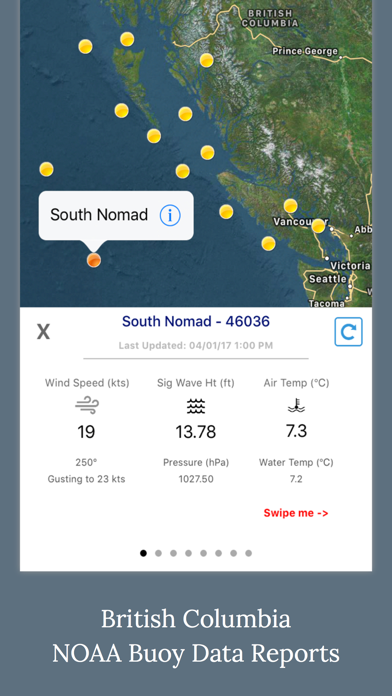 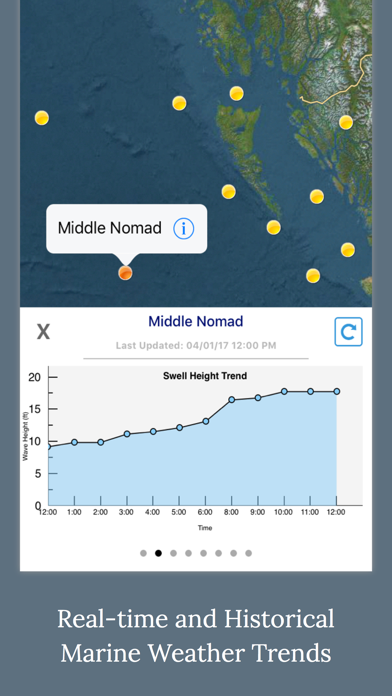 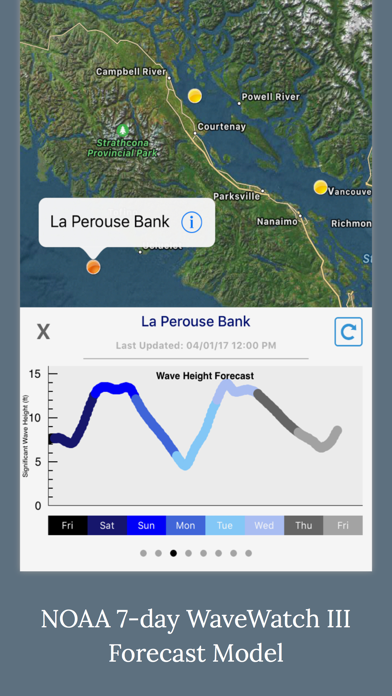 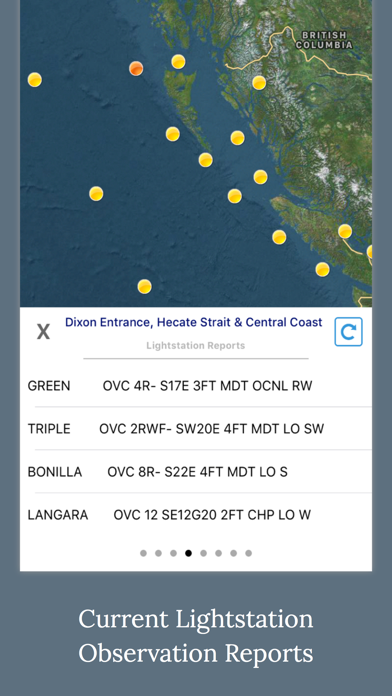 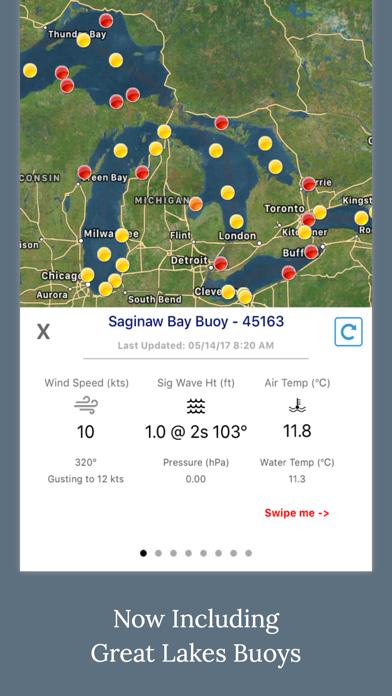 Many of the buoys I like to check have no info available but I don’t know if that’s the fault of the app. However, this morning the app stopped working. I tried many times to open the app but it always crashes immediately after opening. The app no longer works.
By Motorambler

Handy, but missing a couple things

Hello. Overall this app works just how it’s advertised. Although I mainly use it for wave heights, it has many other tools that could be handy as well. What I found was that there wasn’t any big problems, but a handful of small issues that brought my rating down. For example, all temperatures are in Celsius. Of coarse this is expected because it is a Canadian based app but if there is anyway to convert into Fahrenheit, that would be helpful for our American friends. Besides frequent buoys being off line and occasional missing data, the only other main issue was that there is no buoy in Marquette. It is easily understandable, for it can be assumed that the task could be inconvenient. However adding a Marquette buoy would greatly expand the function of B.C. Buoys for our friends in the UP. Besides that I find this app useful. In my opinion it is mostly worth the cost, considering that it would be useful for those close to a buoy. If you are considering getting this app I would recommend checking the buoy locations before buying. Overall I find this app easy to use and helpful. Thank you!
By oakly906

Waste of money for a nothing other than then BC

I was like looking for weather and tidal information on the east coast. Virtually worthless. Even the Halifax location wouldn’t work. Not with it.
By GEskerrett

I'm the project manager for a Great Lakes circumnavigation and have used their NOAA version and expected the same and this one is virtually useless unless your in BC. THEY claim Great Lakes info, but it is severally lacking. Sorry I bought it.
By Kayakbirder