Do you have a knack for home decor & matching puzzles? Match pillows for a house makeover in this fun match-3 adventure! Download Matchington Mansions for Fun, Exciting Gameplay: Match pillows & decorate your grand mansion – incredible boosters & power-up combos! Piece together hidden objects, interact with in-game characters & reveal the hidden story Unlock hidden areas – dozens of rooms & thousands of DIY decorations! Hone your interior design skills and protect your new house from a mischievous cousin. Follow the adventure story, unlock new rooms and discover hidden secrets – all with a cast of quirky characters in tow. You can even spy on your neighbors and see how their design choices stack up. Are you ready to navigate this challenging match-3 puzzle? Decorate your mansion and deck out your garden in style. Unlock hidden areas & makeover each room with interesting decor. Puzzle out the adventure story, aided by your friend Tiffany, quirky characters and a house cat or pet dog along for the ride! Matchington Mansion is FREE TO PLAY, with optional in-game items for purchase. You can turn off the payment feature by disabling in-app purchases in your device’s settings. The MM team sincerely hope that you like our new match-3 puzzle game! We are working very hard to perfecting it, so If you run into any issues while playing or you have any suggestions, please don’t hesitate to reach out to us at mm@firecraftstudios.com. More ways to learn about the Matchington Mansion jigsaw puzzle game: Facebook: https://www.facebook.com/matchingtonmansion/ or search @Matchington Mansion to follow us. 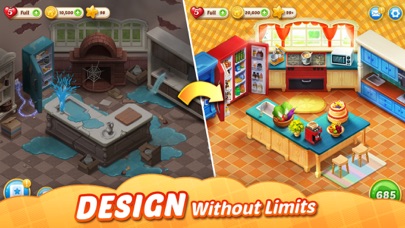 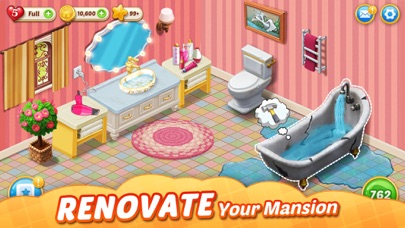 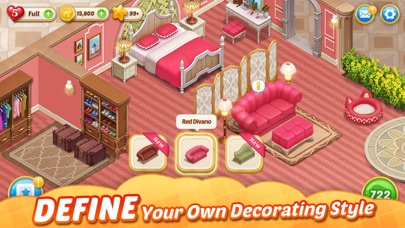 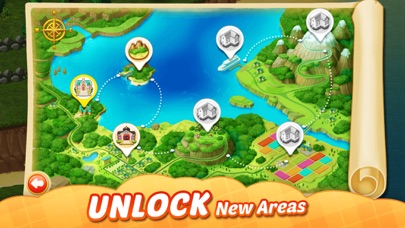 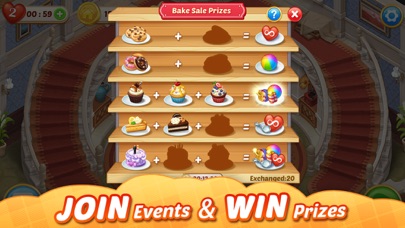 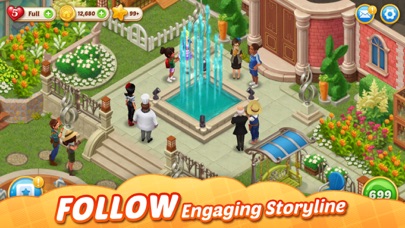 I have played this game for a couple of years. It started out very fun and became addictive, but lately it has become expensive and it doesn’t even work. One aspect of the game is being able to decorate the mansion and do tasks. A week ago I got a message that said New tasks coming soon, but that never happened. I did all the suggestions to fix bugs and that didn’t work, so I tried contacting customer support and they never responded.
By bbbbbdg

Love it BUT not requested for anyone under 10 their are team people you play with and can talk to....Not a kid friendly game
By chorltte flarile

I hate this ad

I’m at level 5201. Obviously I enjoy the game. But... the levels are so hard to beat that I can’t win enough of the cool stuff. For instance, on the recent Easter egg event, I had to play levels 10-20+ times to earn the eggs. If I played 24/7 (and spent the $$to do so) I probably still wouldn’t have been able to win enough to get to the big castle prize. Frustrated!!
By matchgame addict

Seems like often right when you’re about to beat a level, the game crashes. This has happened many many times, very frustrating.
By rhi717

As I play it has become more obvious that coins spend too easily and come too hard. Stars are the same. And we are given tasks I don’t want but can’t avoid. Not sure how much longer I’ll play.
By desertshield

It’s a good game but need too many hard earned stars to buy anything.. frustrating at times
By hdhstjskorhrbsks

It doesn’t give you the move you try to do or it does the opposite of what you do, so frustrating and the special moves cost way to much but there are some aspects I like such as getting different furniture and getting coins easily
By Ariesislandchic

Please make easy the levels, why you make it so fun in the beginning and soon you get more level are so hard to continue without paying
By Selphita

Finished the last level, I keep getting the “More levels coming soon”. I just realized I don’t even get stars playing the stupid bonus levels, while I’m waiting for more things to do. That’s just ridiculous. You could at least give stars for those filler screens. No sense in me wasting my time playing for nothing. Used to really like this game, back when it wasn’t about you finding new ways to mess with the outcome of games, trying to force people to spend money. I don’t and will NEVER by gold for extra moves or gloves, brooms or any other crap. Just stop messing with the outcome of games trying to make a buck. Maybe you should concentrate on creating more tasks. I get to level 5400 and something I think, over 2 weeks later, I’m still waiting. You have all these islands and new places on my map, yet you don’t even have them created yet. I’m not playing stupid bonus levels, while I wait for you to create new tasks and places to go, if I’m not going to receive stars for levels I pass. Been playing your game since the beginning, sad to see how your priorities have changed.
By Hating Disney