GIF Maker is #1 GIF Editor at Apps Store Use GIF Maker to Create Funny GIFs, Boomerang & Memes. ■ Share GIF to Instagram, Facebook, Twitter, Messenger & More. ■ GIF Maker Special: Huge Collection of Trending GIFs & Memes! Features: ======= • Convert Your Videos or Photos to GIF • Make Boomerang Videos for Instagram • Turn your Photo to Funny Meme • Create Loop Video Clips • Create GIF From Live Camera • Add Text on Your GIFs • Adjust Frame Speed of GIFs • Add Beautiful Filters on GIF • Add Emoji, Stickers and Artworks Premium Features: ============== 1. Create Unlimited GIF from Videos 2. Make Unlimited GIF from Photos 3. Generate Unlimited Meme 4. Premium Filters, Stickers & Fonts 4. Ads Free Version Premium Subscription Details: ====================== Subscription price: • Trial: Free for first 03 days, then $9.99 per month. • Monthly: $9.99/Month. • Yearly: $59.99/Year. • LifeTime: $99.99(one time). - Payment will be charged to iTunes Account at confirmation of purchase. - Subscription automatically renews unless auto-renew is turned off at least 24-hours before the end of the current period. - Account will be charged for renewal within 24-hours prior to the end of the current period, and identify the cost of the renewal. - Subscriptions may be managed by the user and auto-renewal may be turned off by going to the user's Account Settings after purchase. - Any unused portion of a free trial period, if offered, will be forfeited when the user purchases a subscription to that publication, where applicable. Please read our Terms and Service & Privacy Policy: https://sites.google.com/a/braincraftapps.com/gif_maker/home/terms https://sites.google.com/a/braincraftapps.com/gif_maker/home/policy Download & have fun while its free! Found any bug? or Have any suggestions? or Wanna new features? Please mail us at: braincraftltd.info@gmail.com keep in touch to receive all updates.Thank you! 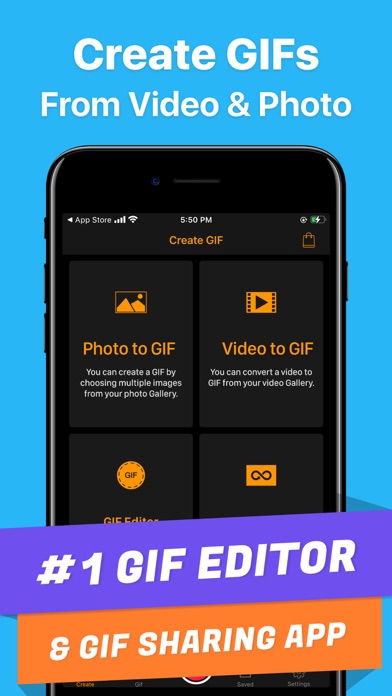 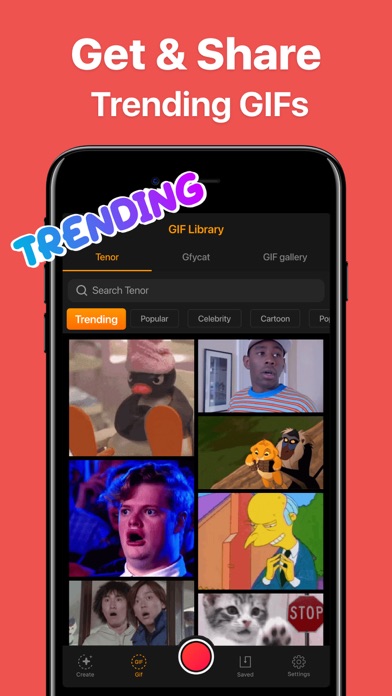 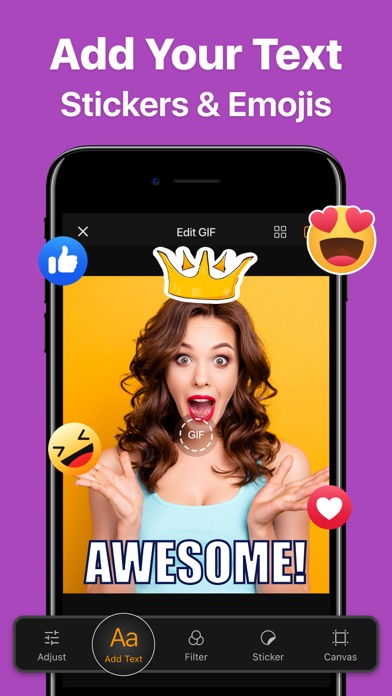 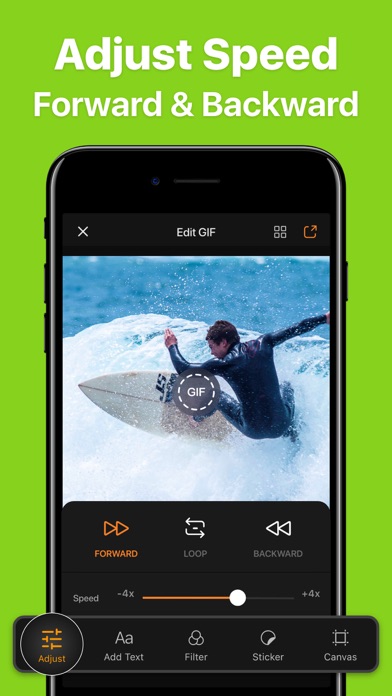 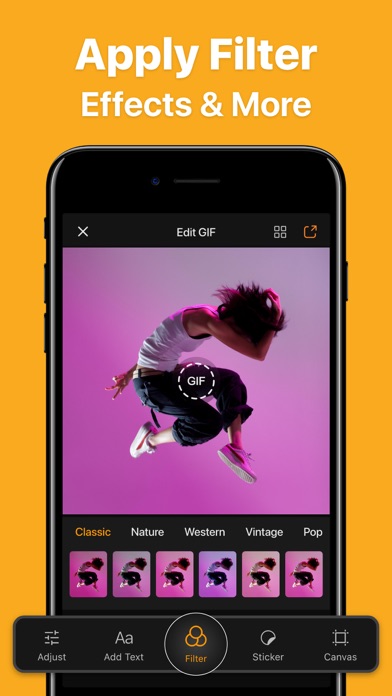 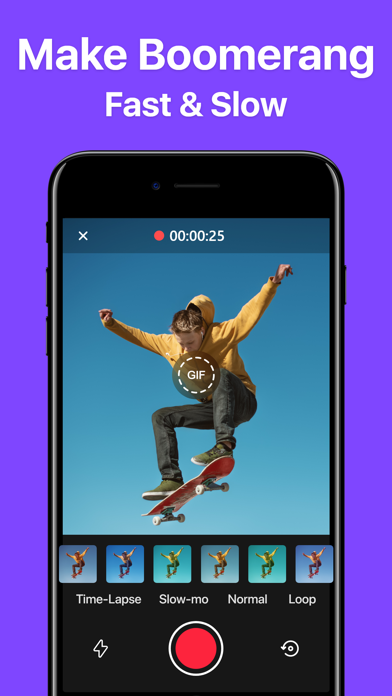 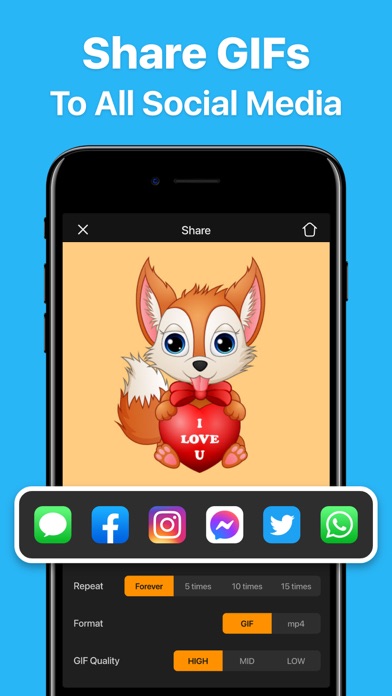 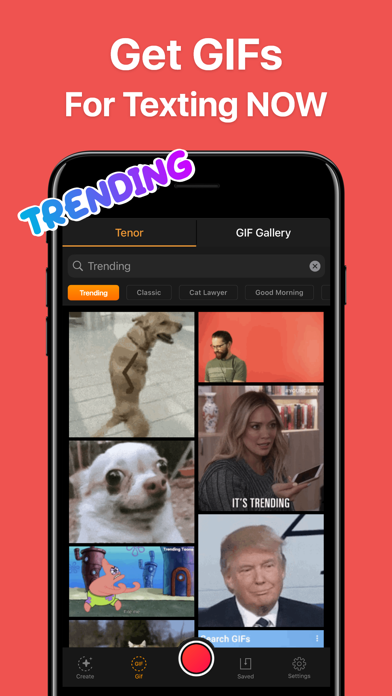 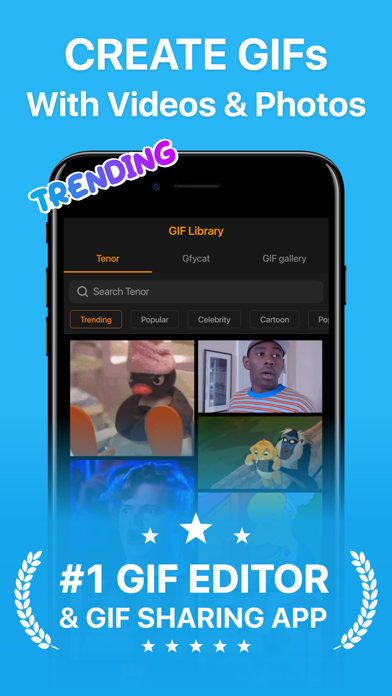 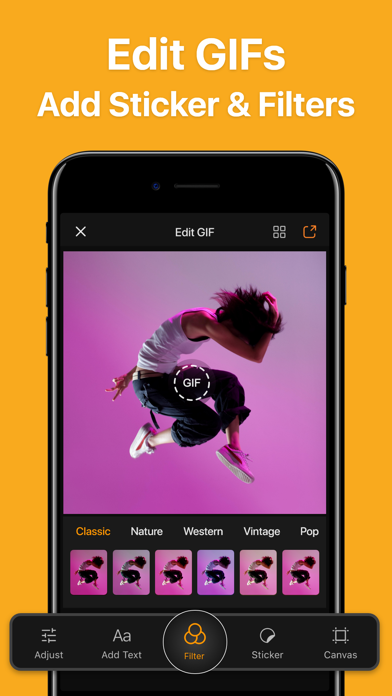 Here is my review of this gif making app.. you have to buy a subscription just to make more than 2 gifs which I get the developers need to make money but they could make money other ways like with ad revenue the developers can still have a premium option but that’s the point it’s an option. And my second one was that the gifs that came out were very choppy and were also very pixelated which is why I’m giving this app 2 stars and say that to anyone wanting to download this app is that you probably shouldn’t unless you want to spend it on a subscription.
By lisetteZdemoncat

No way to shut this thing off. If you’re not a computer nerd forget ordering this

This is impossible to figure out unless you have a computer science degree. If you can’t, you won’t be able to turn it off and be stuck with the bill.
By Not a Geek 22

Make it free tho

Good app, but I’m not paying for this thank you very much
By GOLDBREY

This is the worst gif maker I’ve used. I was trying to find an app that would allow me to create gifs without a watermark, and this one appeared to work… the first time. The first gif I made was great but after that it tried to charge me $100 to create a second one. It advertises as if you can use the base features free but have to pay for premium ones: this is a lie. It will not allow you to save the second gif you create without paying. 0/100
By Squeak416

Easy and fast
By okayitsme1975

I really like this app. It was frustrating when after a few gifs it said I had to subscribe. I decided to do the free trial and then cancel if I didn’t want it. Well I did and it immediately pulled $10.51 from my account. This is not a free trial, and even for the subscription it’s only $9.99. Not thrilled
By Trinabutterfly_6

Add Music to Video Voice Over