New iMessage stickers for the groundbreaking smartphone RPG "FINAL FANTASY BRAVE EXVIUS," now available in the App Store! Use these animated characters to spice up online chats with friends and family! ◆What's "FINAL FANTASY BRAVE EXVIUS"?◆ "So begins a new tale of crystals..." Enjoy all the wonders of a grand RPG in the palm of your hand! Intuitive and strategic battle mechanics, plus free-range exploration on the field! Join forces with legendary heroes from your favorite FINAL FANTASY games. Summon familiar espers with awe-inspiring CG visuals! With over 20 million downloads, "FINAL FANTASY BRAVE EXVIUS" is the most downloaded FF app in the world! 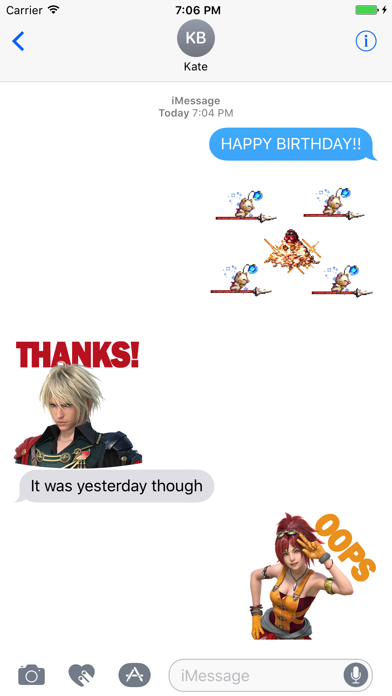 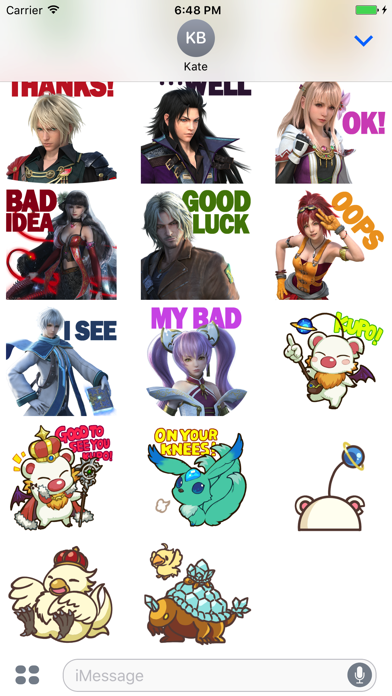 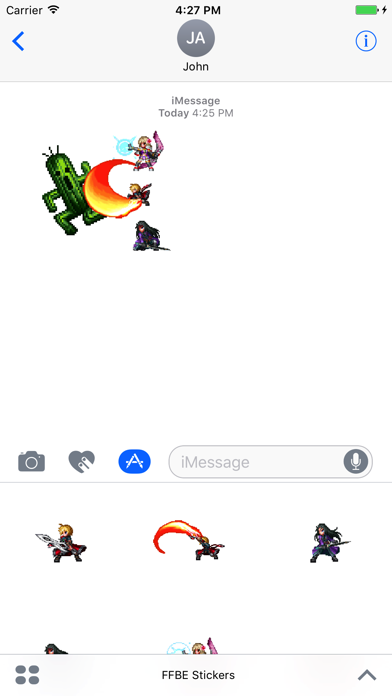 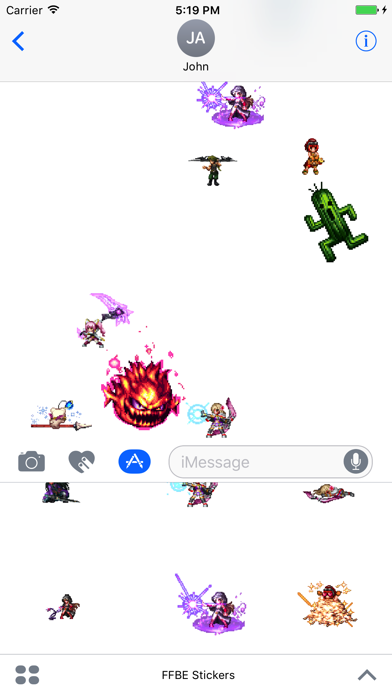 I mean it’s stickers. Not much to them. Normally I wouldn’t review this but the ratings on this are made from some of the thickest people I’ve seen I want to balance it out. These are iMessage stickers. If you don’t know what that is maybe don’t download the app. And maybe shouldn’t own an iPhone either. It’s clearly too advanced for you.
By _WolfSpirit

Needs instructions for set up.

Doesn’t work on the iPhone 8 plus. I would like to use the app or be able to delete it. Set up instructions would be nice.
By Ian---Anderson

This app doesn't work. It is no where to be found on phone and so can't be deleted. Bad. Don't download.
By Dysh_ISA

Want to delete this app

With new update I couldn’t uninstall and hidden somewhere within the phone— hate it!
By G.I.joegirl

I downloaded the app and is no where to be found.
By Reiyn1

Downloaded then it disappeared