With more than 1.5M users worldwide, calimoto is the #1 motorcycle app for a reason! It offers everything you need for your next ride out. The unique Winding Roads Algorithm makes every ride a thrilling experience, helping you find the most twisty and scenic backroads in your area! Access to the world’s best motorcycle rides are now within the palm of your hand! // CREATE THE PERFECT RIDE calimoto is the perfect tool for planning your ride outs. Easily integrate as many stops and POIs (such as mountain passes, biker meetups or gas stations) as you see fit and arrange them in any order on the fly. The Calimeter scores your tour and lets you know how twisty it will be. A high Calimeter means lots of twists and turns! For ideal trip planning, you can combine four different route options in one tour to get the best result. Access our web based planner from your pc and take advantage of the enhanced screen real estate for those longer and meticulously crafted ride outs. PC and smartphone are automatically synchronized! // EXPERIENCE THE JOY OF RIDING A quick glance at the specialized offline map will reveal where exactly beautiful rides are to be found. Our turn-by-turn voice guidance shifts your focus away from navigating to the joy of riding! // BECOME INSPIRED …by our international tour catalogue with pictures and descriptions from calimoto users worldwide. Browse through recommended tours in your area or anywhere in the world with various filters at your disposal to help you find the perfect ride! Or simply use the circuit mode planner that finds the best roads near you! On selecting the desired direction and length of trip, calimoto generates a unique route just for you. // PRESERVE YOUR ADVENTURES Visualize your lean angle, speed, altitude and acceleration for each tour in graphs. Rate and add pictures to your ride, then publish it to our tour recommendations to share it with the community. Just riding? Calimoto will take care of tracking your adventure. All of your tracked rides can be used as blueprints for the next navigation. // SHARE YOUR RIDES Share your favorite routes with your friends on Facebook, WhatsApp, or from within the app itself. Inspire other users and let the world have access to your personal tour recommendations of your choice. Enjoy your ride! // calimoto PREMIUM Download calimoto for free and discover scenic roads, unique twists and turns and the best rides in your region. Become a Premium member and get access to all maps, the ability to download them for offline usage, an additional route option, lean angle - and acceleration data as well as danger zone alerts (e.g. speed cameras). With many upcoming features already under way it's best to stay tuned! Get the Premium treatment for 6,99 $ / week or 49,99 $ /year. Alternatively, you can purchase access to all maps for a single playment of 89,99 $ (without Premium features). Privacy policy: https://calimoto.com/en/information/#privacy-policy Terms of service: https://calimoto.com/en/information/#terms-of-use // PURCHASE INFORMATION Please continue reading about the auto-renewing subscription nature before purchasing it: - Payment will be charged to iTunes Account at confirmation of purchase - Subscription automatically renews unless auto-renew is turned off at least 24-hours before the end of the current period - Account will be charged for renewal within 24-hours prior to the end of the current period, and identify the cost of the renewal - Current subscription may not be cancelled during the active subscription period; however, you can manage your subscription and/or turn off auto-renewal by visiting your iTunes Account Settings after purchase - Any unused portion of a free trial period, if offered, will be forfeited when a subscription is purchased - When a subscription is cancelled, access to the app’s Premium features will expire at the end of the current payment period 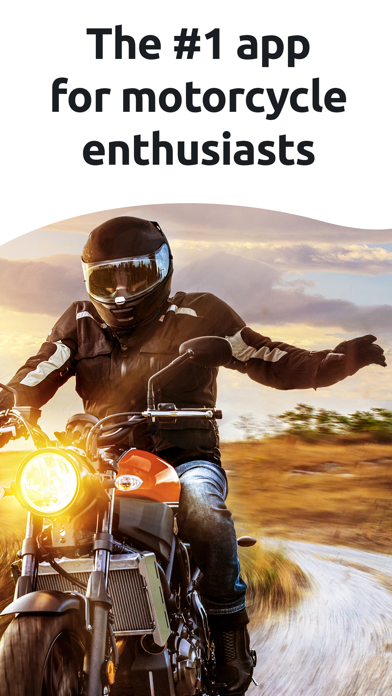 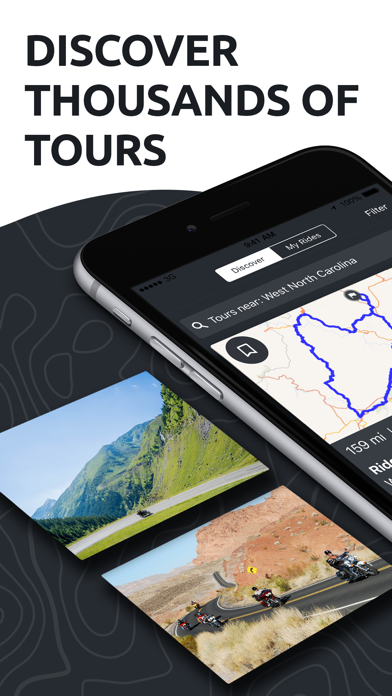 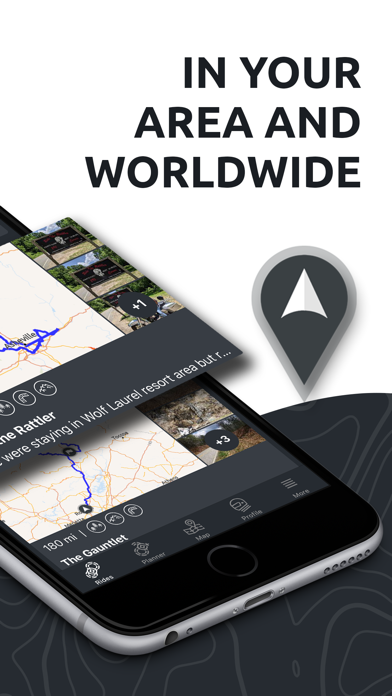 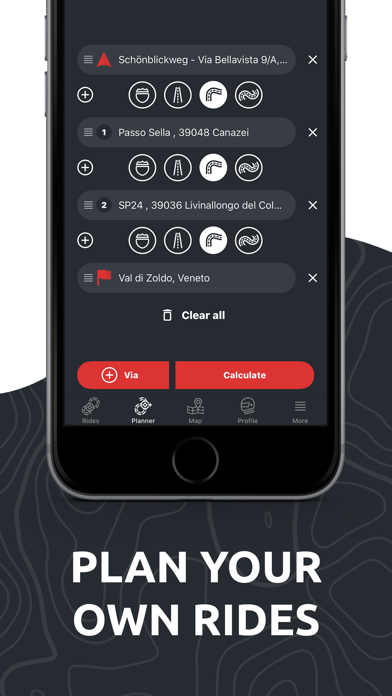 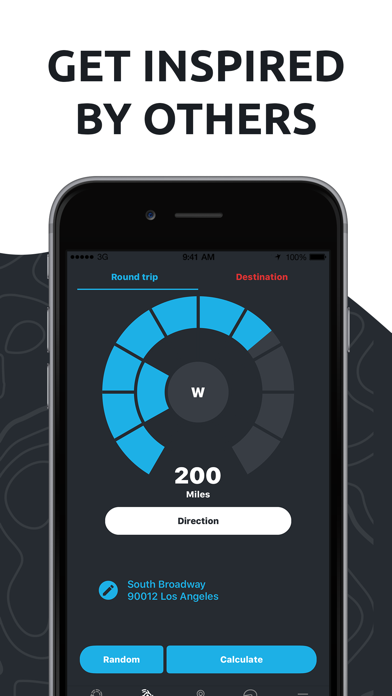 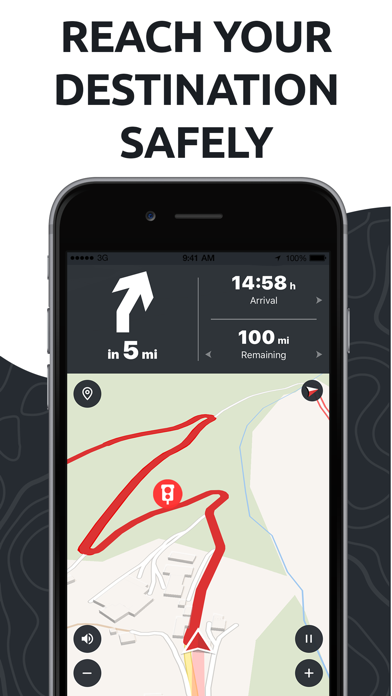 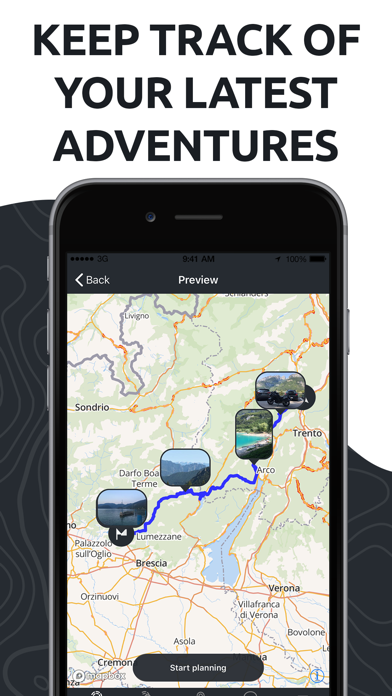 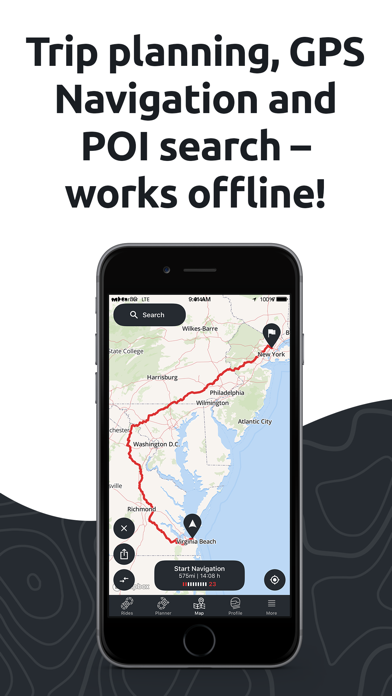 This one of the best riding apps
By Aidan 123

Although I do appreciate the fact that the app finds routes for you, the navigation is inaccurate and keeps making up routes or when I’m following the instructions it’s getting lost. It also constantly tries to drag me through the air force base which is closed off for non-military. The amount of routes that are programmed is very limited and most of them just drag me through the city traffic which is not enjoyable in any way. On top of that I just realized that for premium they are asking 7bucks a week: that is just ridiculous. Possibly in other areas the maps are better but around ABQ, NM it’s very underwhelming.
By trinitypooch2010

🤔 needs some updates to places

Got this to see what might be interesting to check out in my area 😲 everything it shows me is 200 - 300 mikes away ?? So it does me no good to use My Area is the TX Panhandle This thing is showing me stuff way down south Ain’t deleted it yet just to see if it gets some updating If not then it will be gone no need to have an app that is useless I know there is some interesting rides in the TXP just haven’t been on them in ages So Dev if you can get this fixed if not then I’ll delete it Already put in a motorcycle group that it’s not that great
By Freebe Gam3r

Really? You expect people to pay?

The free trial is 100% worthless! You can do virtually nothing. A friend tried to “share” a ride. I can’t even figure out how to open it. It says I have to save it. ...can’t figure out how to do that. Searched the help topics. -nothing found. It appears nearly EVERY help topic is about the app abruptly shutting down, not following the route, not properly rerouting, etc. etc. etc. Yeah, I don’t think I’ll get the version!
By Rangerchop

The concept is great, I really like the design of the app and it is fast and stable. There’s just enough there that it doesn’t feel like they didn’t throw in the kitchen sink like some competitors. HOWEVER, the navigation is a dealbreaker. Voice cues are severely too late, recalculating takes too long, and it seems to recalculate before a wrong turn even occurs. I wish an app like this would just send waypoints to Google Maps to let it handle the nav, while continuing to track the ride.
By JakeJonez

This past summer I logged 5259 miles on calimoto. I’ve tried all the other mapping apps. Some come close but calimoto nailed it. I’m a dual sport rider so I like to find the most twisty and wild routes. Night before the ride play with the planner option. From there you can create straight or twisty routes. Drop way points on other roads to create your own route within. From OHV roads to interstate calimoto has it. Don’t need no map? Hit that tracking feature and record vital information. From on to offline calimoto has you covered. Found something wicked? Share that ride with friends or peeps around you. Save it for later so you can ride it again. Every ride tracks your stats. What was your altitude?, top speed?, Miles, Lean angle etc. etc. you can look at it all. This summer I can’t wait to ride. Calimoto has done work this winter and the app looks amazingly better.
By Just_Adv

Downloaded and tried app today for a short test run. Live in northern NC so wanted to have VA, since that’s 98% where I ride. Cost to add that one state and just the map w non services...$90! I’ll live w free google maps and set option to avoid highways.
By vhills02

I use Calimoto to explore new roads, even in my home area. Adding via points allows me to select the degree of curves in each segment. A perfect way to design my ride.
By source58

I have spent more hours than I care to count researching and trying out apps to help me plan long motorcycle trips as well as casual weekend rides. This is by far the absolute best, the navigation is really good, and the routes it finds are spectacular. The only issue I ever have is when searching for directions with the trip planner web app. I often have to find the addresses in google maps and then manually drop a pin in the trip planner. I’ve been using the free version for a few months and just bought premium for a year. One feature I would like to suggest is some ability to organize, sort, and filter Planned Tours. I only have about 20 Planned routes and they get hard to find as I scroll through. Bottom line, this app is awesome and I’ve been recommending it to all my friends. If you’re reading this, you should get the app :)
By Wake me up!

The only app motorcyclists need

There’s a lot of Strava-like and wannabe Facebook apps for motorcyclists, and to be honest, I’m pretty over “social media”. I need an app that’s actually going to do something for me, not just feed my data into a hivemind under guise of “community”. Luckily, there’s also Calimoto, which is an actual tool for me to use when I feel like riding. The route planner tool is pretty awesome, and as a new rider I love being able to just pick a direction, the length, and have Calimoto find me a great round-trip route. Even without the route planner, the map view with twisty roads highlighted makes deciding on a rough route way easier than just using Apple Maps or similar. Also kudos to devs for making what feels like a pretty “solid” iOS app when some of the other motorcycle apps I’ve used seem pretty janky.
By Amiantos