Discover dragon legends, magic, quests, and a secret land of entertainment and mystery in the world of Merge Dragons! Here, you can combine everything into better and more powerful items for your journey. In a mystical world hidden among the clouds, the vale of Dragonia flourished. Then, evil Zomblins cast a void across the vale. The only hope to heal the land rests in YOUR magical power to MATCH ANYTHING -- dragon eggs, trees, treasures, stars, magical flowers, and even mythical creatures. Hatch dragons, then evolve them to make them grow even more powerful! Encounter and solve challenging puzzle levels: match the Gaia statues to win, then bring rewards back to your Camp to collect and grow. Play even more with daily quests and rewards from Kala. Take part in brand new themes every week with cool puzzles for you to complete- can you match and collect the brand-new dragons? Discover secrets and fantasy as you build your camp to perfection and nurture your dragons in Merge Dragons! NEW MERGE DRAGONS! FEATURES: • Enjoy a more social merging experience with the all new Dens feature! • Add your friends and visit their camps! • Improved Dragon Book to check your eggs and merge with ease • Improved Art • Even more new levels to play and dragons to collect MERGE DRAGONS! FEATURES: == Match Objects == • Discover over 500 fantastic objects through 81 challenges! • Freely drag objects around the beautiful world and match 3 of a kind evolve them into more superior items! • Tap into Life Essence to unleash power to heal the vale! • Collect magic coins to build homes for your dragons to rest and sleep in! • Discover the Gaia statues stuck in each level’s cursed land. Match them to solve the puzzle and create life! == Collect New Dragon Breeds == • Discover 55 brand new dragon breeds who live in the vale, and evolve them through 8 draconic growth stages! • Match eggs to hatch dragons who will roam the vale and harvest objects for you to use or upgrade. == Tricky Puzzles == • Over 1000 quests to challenge your mind! • Test your puzzle solving skills in more than 275 tricky levels filled with new quests and rewards to help you build your dragon camp! • Match nearly anything - plants, buildings, coins, treasures, chests, fallen stars, magic objects, mythical creatures, and more! • How many combinations can you make from 1600+ items? • Discover hidden levels - can you find them all? • On your puzzle journey, you may cross paths with evil Zomblins. Watch out and be careful! == Camp Building == • The evil fog has taken ahold of the main camp - fight off the fog and heal the land to restore and reclaim the dragons’ home! • Collect dragon eggs, hatch them in the main camp, and earn dragon power to fight off the evil fog. • Add your friends and gain inspiration from them by visiting their camps and learning their strategies. ==Be Social!== • Add your friends and gain inspiration from them by visiting their camps and learning their strategies. Gift items and rewards - sharing is caring! • Unlock the Dens feature to join a Den, and play alongside like-minded defenders of Dragonia! Socialize, chat, share tips and tricks, and help out fellow members of your Den - band together to heal the land! Download now and discover where Merge Dragons! will take you! Optimized for Tablets. May be played without an Internet connection. Use of this application is governed by Zynga’s Terms of Service, found at www.zynga.com/legal/terms-of-service 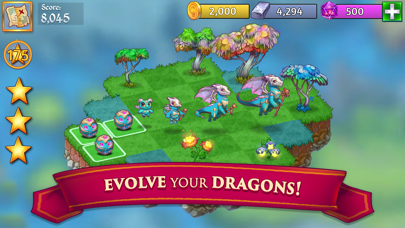 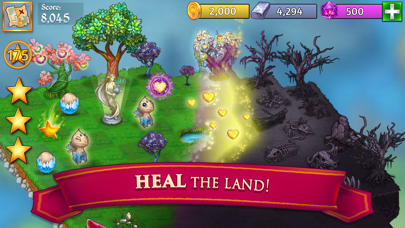 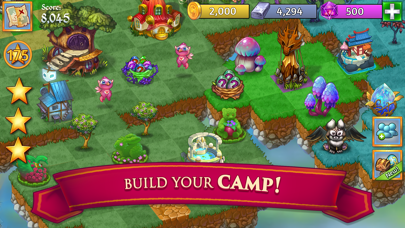 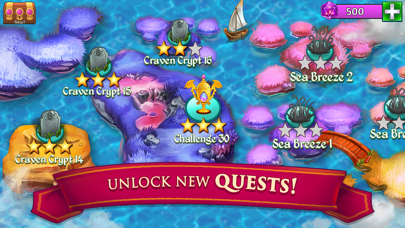 Spooky Story To Read! BTW not a true story so plz don’t actually believe it;)

This is not a true story but I wanted to share it because I LOVE writing spooky story’s but no one ever really gets to read them. Hope you like it! 😁(BTW love the game it’s awesome!) I downloaded this game a few months ago and at first everything was fine. I was addicted and played everyday no matter what I was doing , I played on the bus, during breaks at school, after school, you name it. I was completely addicted to the game until I started playing another game, I played this game less and less and then I completely stoped playing at all and forgot about it. A few days ago I remembered the fun times I had and wanted to revisit the game, luckily I never deleted it so I still should have had all my stuff. When I was in the games loading screen it looked... off.... It was a picture of a baby fire dragon looking very sad, it was almost crying. It was curled up in a ball and the background was almost completely black with some graves behind the dragon. When the game loaded in it was much dimmer then I remembered it being and I noticed that all the dragons seemed to be looking at me. The music was also creepier, it was quiet but I could make out some violin and some dongs going with it. Nothing was out of place though. I moved the screen over to the sky which, was normally sunny, was dark and gloomy. It was also raining which the game never did before. I decided to check out the levels because I was curious if they had changed too. They had.... There was only one level now and it was titled “Why did you leave us...” I was so spooked I dropped my phone onto the floor. I picked it back up and gathered the courage to open the level, when I got in there was the same dragon from the title screen. There were some graves surrounding it, the dragon got up and some text appeared on screen. “Why did you leave us... I thought you liked us! I thought we were friends....” I was speechless, the dragon was talking to me. All of my dragons appeared within the circle of graves but they were different from before. They were dismembered and bloody, I almost dropped my phone again as the dragon started talking again. “ They all died because of you... You let us.... Why did you leave us?!...” I immediately left and delete the game! I re installed it to see what would happen but everything was back to normal, it was the beginning again.... So please if you get this game, don’t leave them behind.... Thanks for reading this spooky story! Remember this isn’t a true story so don’t take it to heart. I also wanted to address some things about the game. I have been reading some of the one star reviews and they all have some things in common. -You upped prices -You did stuff to the events -You are money hungry Please listen to the complaints about your game and think about fixing some of these things for your fans. Thank you -s0ur_Cre3mx
By Fnaf Baby-6

My best game ever

This game is so much fun because it has no glitches and the game is very mythical it’s just so cool. There should be a mergedragons 2.
By glorybelle

First I want to start by saying that after playing this game for over a year and half now I can honestly say it’s one of the best phone games on the market that being said there is a few things that could be different and it could make it that much better however it doesn’t make me not want to play. I’m on this game every single day at some point great stuff keep up the good work!!!
By xlPhilly

All Land Cleared Now What?

I love this game. I recently cleared all the land after it taking months to finally getting the 140,000 dragon power to accomplish. I’m just curious if there are plans to add more land?
By Discouraged game player

Calling all dragon fans! This game is amazing. You have been looking around for games with dragons? This is it. This game is very addictive. You get sucked pretty quickly. The more dragons you discover, the more you want to just keep going and going. I know some other reviews, people have said there are glitches in the game, but I personally have had no problems with this game at all. They did a great job making it, and this game is great for people who aren’t huge fans of dragons either. It is a great game overall and don’t feel like your wasting your time downloading it, because you won’t be. Keep up the great games!
By Lily Walk

So lately it hasn’t been allowing me to move the map across. I have to zoom all the way out to reach certain parts of the map, then it’s hard because it’s so tiny. The one I’m currently on I’ll literally never beat because even zoomed out all the way I can’t see the whole map, and it won’t let me move it, so there’s a whole section which are where the statues are, that I can’t reach. So I guess I delete now because I can’t do anything else, without being able to move.
By Naluhawaii23

I have played this game for years used to love this game, particularly the events! I have even spent money on the game which I have never done. But since they changed the point values, things are nearly impossible to complete. Very disappointed in the change and the creators for making this change. Now events can only be completed if you literally spend all your time on it or if you spend a decent amount of money. Very upsetting. I will not be spending anymore money until this is revised.
By MeganManatee

Starting to force spending money to earn camp stars - have been unable to achieve stars without having to pay for gems. STOP SCAMMING THE FUN OUT OF THE GAME
By dupasmedgie

Why I love Merge Dragons

I love merge dragons because you get your own camp where you get to merge things that you unlock. And when you complete levels you get to choose certain things that you would like to add to your camp. I think it is really relaxing because when I get mad at my brother I just pull out my phone and play Merge Dragons!
By Alyssa. C

Prices doubled and latest event was made to where you can’t passive play instead you have to be constantly on yourApp to complete the event nobody has time to be constantly on the app for three days i’ve been playing this almost 2 years but l believe I’m about done with this app. After this review my app magically glitched and I lost approximately eight months of progress. No point in playing any longer will only keep this app so that I can come here and give daily one star ratings.
By FoMoCo1