Welcome to BritBox, the best in British TV. Created by BBC and ITV, two powerhouses of British TV, BritBox offers the largest collection of British mysteries, dramas, comedies, lifestyle and documentaries — all in one place. Start your free 7-day trial and watch across all your favorite devices, including your phone tablet, computer or your TV screen with Apple TV and Chromecast, with just one account. - New originals and premieres added weekly - British mysteries, dramas, true crime, and comedies that you can’t stream anywhere else, such as Vera, Line of Duty, Death in Paradise and classic Doctor Who. - The biggest collection of Agatha Christie including new adaptations like Why Didn’t They Ask Evans Please note payment will be charged to your iTunes Account at confirmation of subscription. Contact us at support@britbox.com if you are experiencing any issues or have feedback. BritBox Privacy Policy: https://www.britbox.com/privacy BritBox Terms of Use: https://www.britbox.com/terms-and-conditions Please also refer to the Terms of Use (EULA): https://www.apple.com/legal/internet-services/itunes/dev/stdeula/ 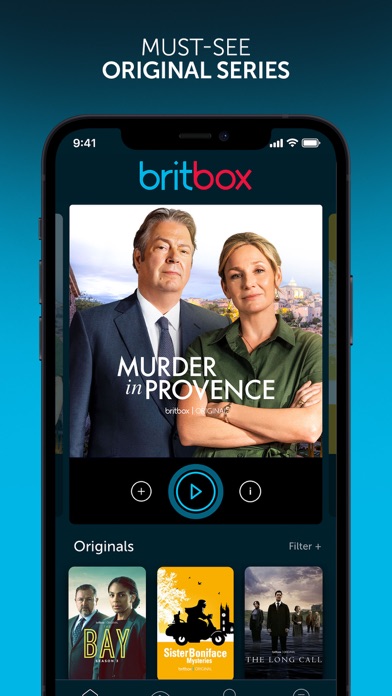 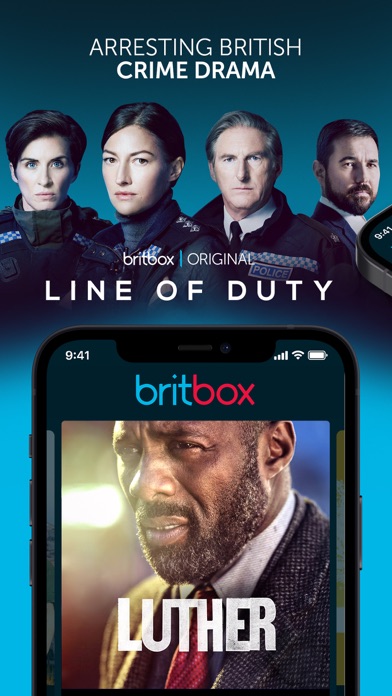 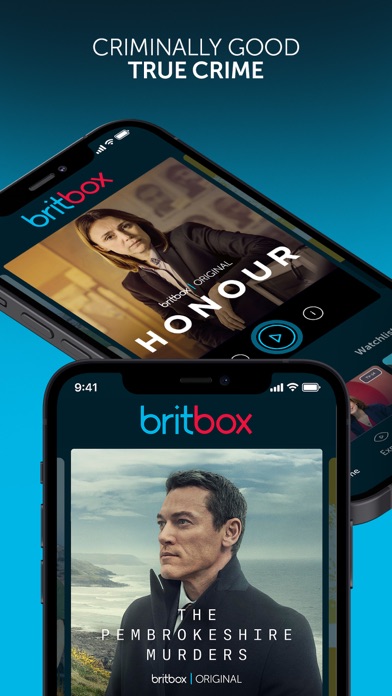 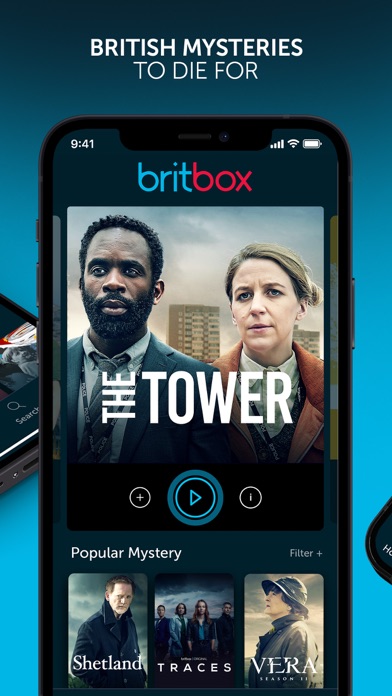 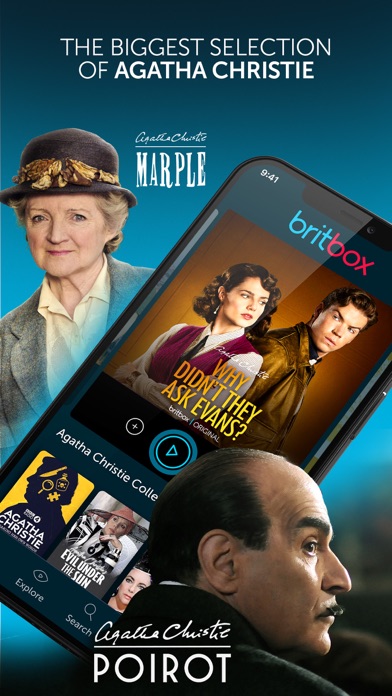 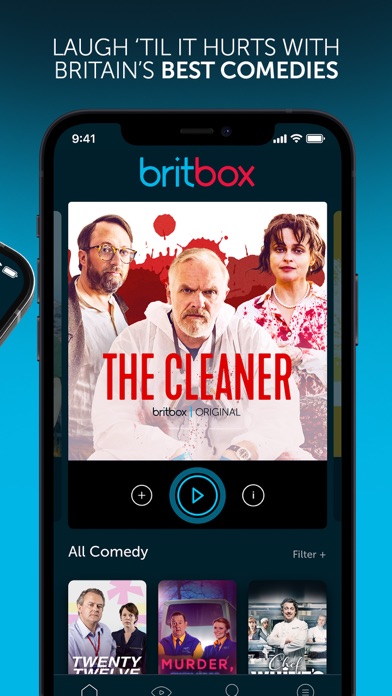 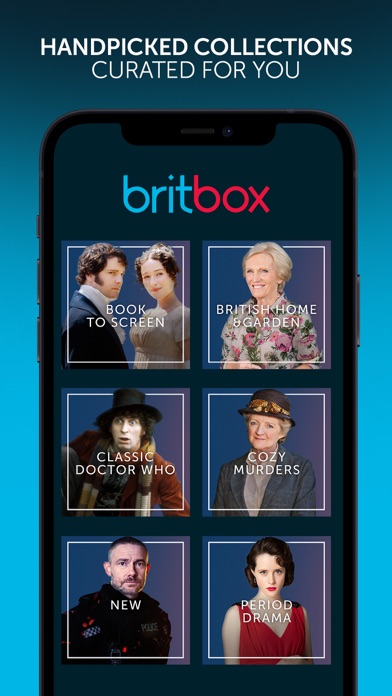 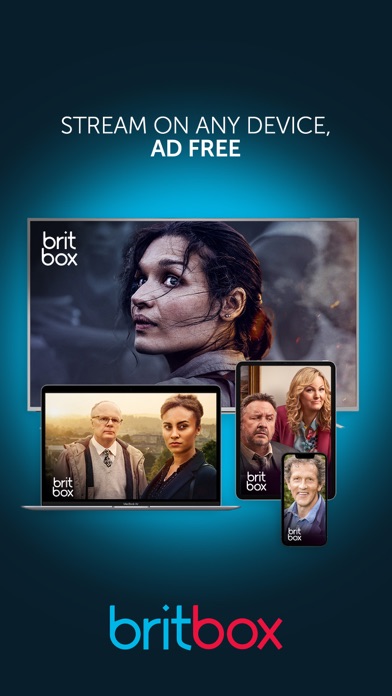 I have canceled all other streaming apps but not this. I love it!
By GratefulDean1

I lived in England for 5 years and lived every minute of it. Their Tv Was far superior to American TV. Thank goodness for Brit TV for bringing back do many things that I lived and miss.
By Johnawc

Britbox is the best

I absolutely love Britbox! Every program option is top notch!
By DameJoAnn

Always have loved British literature and movies and tv. I was house sitting for a friend who had BritBox and spent much of the time enjoying it. I got BritBox for myself as so as I got home. Still Game, Keeping up Appearances, Agatha Christie anything, Inspector Morse, Sherlock Holmes,,,, it is all I watch, everyday.
By Lily White 35

Very nice, but some room for improvement

On the app, when the show ends and there is not a new show, the screen is essentially black and the app remains in limbo and remains on. If I fall asleep, it won’t go back to Lock Screen. In result, the app will unnecessarily use my battery until I personally tend to the app. I know no other app that does this and it is quite the flaw. Second, as far as I can see, there is no setting to stop the shows from continuing to play if there are new shows after the one I am watching. Lastly, it seems a viewer can’t watch Britbox within another screen, like most streaming apps.
By MikaL.

On the 7 day free trial now. Will not renew if PIP feature isn’t added. Love the shows, but no PIP is a deal breaker for me ☹️
By LivyFan

My britBox keeps buffering I thought it was my wifi but I don't have problems with other apps, like Netflix, Amazon prime. I deleted the app and reinstalled, I deleted cache and It still keeps doing it. Is there anything else I can do?
By Uklaine

Need to add support for multiple profiles and downloading content for offline viewing like literally every other streaming app. I get content ownership is messy but no profiles?? It’s Almost 2023!
By Drew141618

Why is the interface like a 2004 annoying app? You can’t scroll past a video without it start to automatically play a random episode that you landed on while scrolling trying to get to the actual episode you want to watch. Fix it.
By Angelx702

When trying to “get” this app on AppleTV, it would not recognize my active paid Subscription to your streaming service obtained within the AppleTV app on my AppleTV for the same AppleID. It appeared that I would have to “subscribe” again, plus pay for the app and be subject to “InAppPurchases”. Had to explain this three times to AppleCare Agents as they got confused with their own overlapping product names. When “getting” the Britbox app after previously Subscribing to BritBox on the AppleTV app on AppleTV device, it should first ask if the account holder has a paid-up Subscription to the streaming service on AppleTV APP, or better yet, recognize the fact and then state that the account holder will “get” the App Free and without “InApp Purchases”.
By Blue Buckeye