Looking for a way to enter the world of magic? Well then look no further than Bounzy! - the newest title by Gram Games. You’re a mage, facing an onslaught of fantastic beasts. Using your mystic powers, fight them back, and protect your town. As your spells strike the beasts, they will lose health - just make sure they’re fully vanquished before they reach you. Each attack you stave off will reward you with a chest. Destroy all enemies to find its key and unlock valuable diamonds and gold, which you can use to improve your strength and skill. The more powerful your spells, and the stronger your defenses, the more likely you are to succeed. Visit the laboratory to build the strength of your spells. Venture into the academy to learn special spells that will help you to defeat the enemies. And make sure to maintain the strength of your wall - these beasts have a knack for breaking through faulty barriers. Think you can protect your town? Try Bounzy! today. Use of this application is governed by Zynga’s Terms of Service, found at www.zynga.com/legal/terms-of-service. 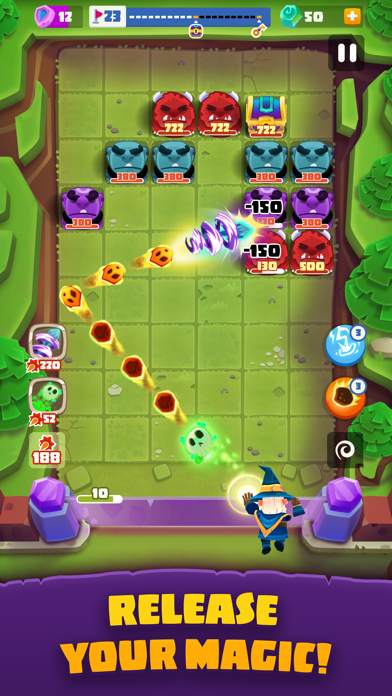 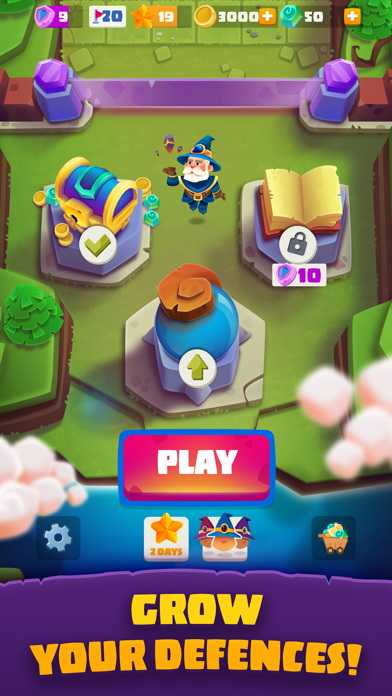 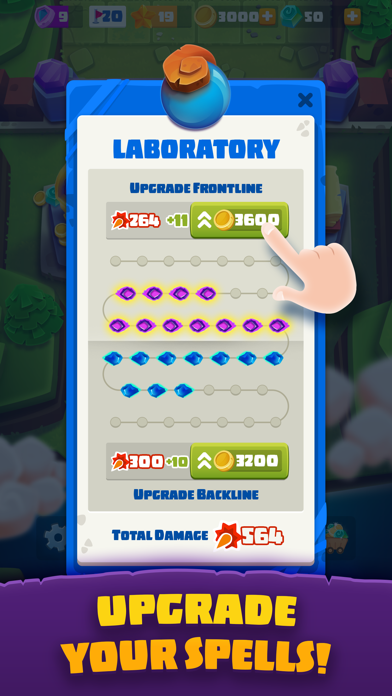 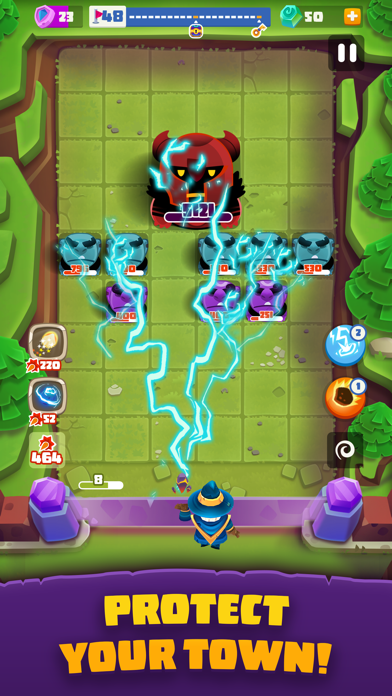 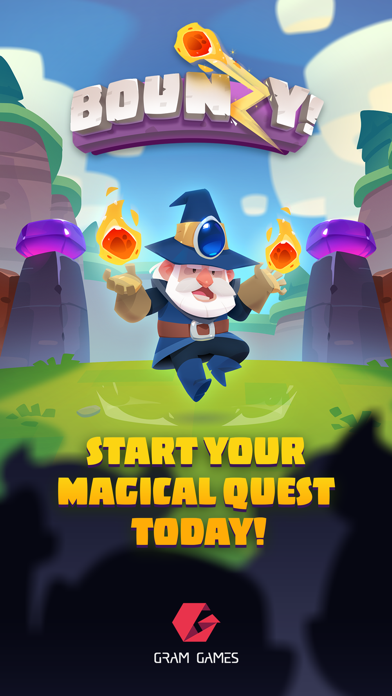 It cant give you a virus

Apple is strict on their rules and its also extremely hard to get a virus on an apple phone. Also this has been my favorite game to pass time for about 5 years. I do wonder if they stopped updating and thats whats causing the bugs. It freezes sometimes when you go off the screen or click on an ad and occasionally your front and back spells disappear. It never used to be glitchy. I also wish theyd update it so i can get more content lol. This game is super underrated. Just checked they still update it so im not sure ehy its still buggy lol
By FlameEpidemic

Nice game but for iphone it doesnt show all the features

Nice game but add more stuff. After level 350 more or less, It gets repetitive, all the shot designs and animations get to cycle the same they just keep changing to ones you had.. and not all of those monsters appear, the furry monster, the red dragon, doesnt appear yet, Im on level 567, and still get the same monsters, no red dragon not the furry orange monster. Is kind of frustrating..
By Caed949494

Are you guys ever going to make any improvements to this game? I love it, but I’ve played it for years and it’s the same monotonous thing over and over again. This game has real potential to be a helluva lot more fun.
By Chucho320

I feel like this game could become so big if they made new content and pushed out adds.
By Cullen woodruff

Been playing this game for quite a while and so has my family, we all love it and like to play it alot but some of it feels kinda stale so im going to purpose some new ideas/future updates. -Select Academy Abilitys — I feel that you should be able to select the 2 you want, this would make it alot better as you can focus one of them and not all of them, and jf you lose you can adjust to the ones that suit that level. (Maybe add more ablities to!) -better chest rewards — For thr chests after a while you need more coins so i believe you should be getting more for every lets say 10 levels you go up. Like itd around 900-1500 id say maybe at lvls 20 it should be 1200-2000 and so on -Combos — After you hit a certain amount of monsters i bieve those balls should duplicate or drop something like a bomb because you hit it so many times, this could be addes as another ability, maybe combo counter and as you get a higher level in the academy the higher damage it does and the more combos you need (could also implement a combo counter) -obviously more upgrades to stuff — like able to put out more balls and have them go to higher levels, ya know stuff for the max players mostly but along with what i was saying for the chests this would be great for them ——— I know the devs are probally retired because tgis games so old but theyve made updates before so i hope they will now!
By vividbeatz

No support site apparently. Seemed to have maxed out. I have 76,000+ to soend, it takes nowhere near that to upgrade when game allows me too. Wasted extra cound sitting around. Also have 1409 "flags" Dont have a clue what they do. Clicking them does nothing, no instructions anywhere, and no support button..... WTH????
By Dogger244

So sad with each passing day

So you continue to get ad revenue, but your refusal to fix the glitches is becoming shameful. Power-ups fail to emerge and with newer iPhone (I cannot speak for any other phones) the view gets worse. I now cannot see hit points of either left or right columns, can only see half of the power up bars. This has been on of two of my favorite games. The other favorite has zero issues with new versions of software and hardware. I guess you developers no longer care for this game. There is nothing more distressing when you don’t get your leading power-up when you need it most. Add this to a wish that you would post how points are granted. But since a major issue will not be addressed, I don’t expect a wishlist to happen either
By Vortxslm

Great but one thing…

I loved this game on my old phone, but U recently upgraded to an IPhone 13 and realized this game (at least for me) does not have support for the larger screen and notch at the top. So, as of rn, all of the controls are cut off in the side when I’m in my village and I can’t see my cash and get amount. I know it’s unlikely the devs will see this, but if they do please add support for newer phones (or tell me if it’s a bug with my device!) Thanks for your time, A_Player
By awesomeface174

Hate it. Terrible game. So many ads. Levels are impossible. No progression. It is so stupid. When I win then I just play another level which I is basically the exact same thing. 🤮🤮🤮😑😑😑😾😑😾
By Brawl Stars Fan 12