Keep your Clue Sheet hidden with the Official Local Multiplayer Companion app. This app requires you to have Cluedo: The Classic Mystery Game on Nintendo Switch™ or Steam®. A grand mansion … a dastardly murder … a gathering of suspicious characters. Play Hasbro’s beloved board game together with family and friends on the big screen with the local multiplayer mode for Nintendo Switch™ and Steam®! Use the official Companion app as your game controller and personal Clue sheet for local multiplayer games. Take notes, eliminate red herrings and make brilliant deductions. Gather your detectives in the same room and play together, but keep your notes secret. It’s easy to get started. Launch Cluedo: The Classic Mystery Game on Nintendo Switch or Steam®. Select Play with Friends from the main menu and Host a Local Game. Open the Companion app and enter the passcode to join the lobby. You can connect up to 6 smartphones as controllers to play together. Use the Companion app as your personal controller for local multiplayer games. Pick your character, choose from Miss Scarlett, Colonel Mustard, Mrs Peacock, Mr Green, Dr Orchid, Professor Plum, and many more. On your turn roll the dice to move around the mansion and ask questions: “I suggest it was Miss Scarlett, with the Rope, in the Study!” Use the innovative logic-assisted virtual Clue Sheet that allows for advanced note-taking. Watch everyone’s actions play out on the big screen. This app supports local multiplayer only, it’s not compatible with the single player mode. Time to crack the case! Follow Marmalade to discover more official Hasbro digital board games! 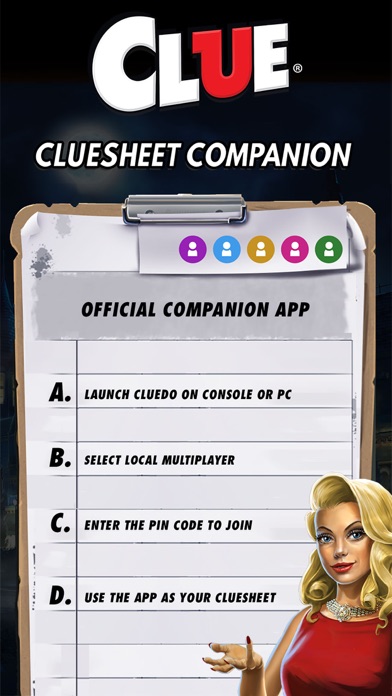 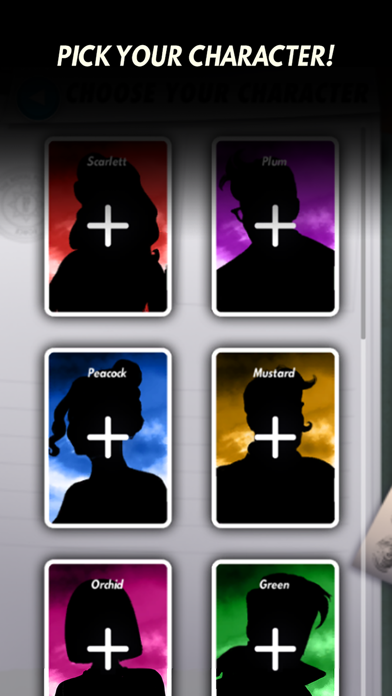 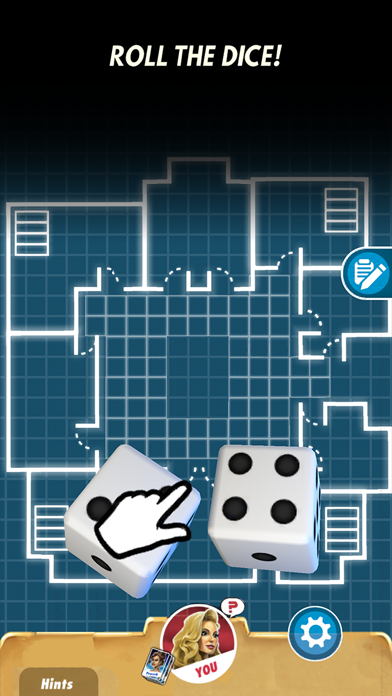 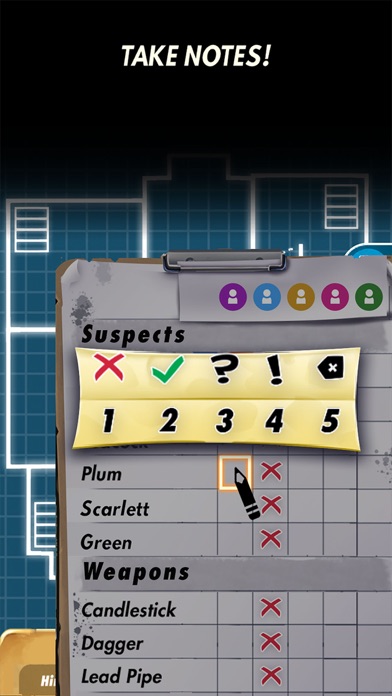 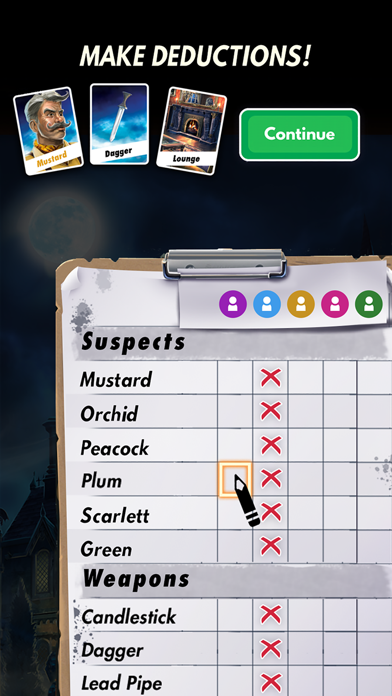 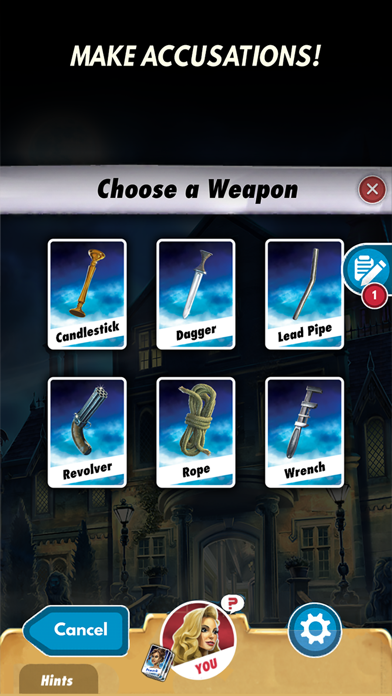 I bought this game for my Nintendo Switch and had no issues (a lag here and there maybe) for about a month until now, our phones are WAY ahead of the TV. We can’t even play local multiplayer now since the TV always gets stuck on my boyfriends turn and it inevitably kicks him out while we both have stable wifi/data connection. We thought maybe we need to update but nope, both the actual game and our Cluesheet Companion are both up to date. Please help!
By bruhgg1rl

Jack box is much better

The app crashes instantly for older phones and my main issue with it on newer phones is that if you leave the app in the middle of a game and it resets, there’s no way to get back in the game. Jackbox uses an in browser website and has none of these issues
By alejour ferrand

At many points the app loaded extra slow. At the start of the game, just joining the game became a challenge. We would type in the game code and press start, but nothing would happen. Other than that it worked fine once we all joined.
By HarleyJack1998

Fix it or no play

It’s bad! Don’t get it, as soon as I tried to get into the game it was asking for my name and the password. It never gave me a password so I don’t know how to get the game. It’s is definitely not worth wasting your time and money on it. I have to add a star in order to submit this but I rate in 0 stars. PERIOD.
By Alexis Mccann

It is really weird and some how it kicked out a play then turned into a computer person then it went all wrong!
By MdK!a6/22