Recording incoming and outgoing calls was never so easy! Record any calls in few taps and access conversations anywhere, anytime! Call Recorder offers everything you need to record your calls and manage recordings: – Easy record incoming calls – Record outgoing calls in few taps – Access recordings as soon as conversation is over – Highly intuitive interface – Share recordings with other devices – Export recordings to other apps – Rename recording for easy identification – Great customer service – Unlimited number of recordings – Full iOS 13 and iPhone XR / XS / XS Max / 11 / 11 Pro support Call Recorder uses your carrier's conference call feature to record conversations. If you cannot merge calls, please contact your carrier to find out if conference calling is available on your account. The app will start recording a conversation only after playing a beep sound. You can try free trial with all features available. Please note that Call Recorder cannot record new calls without active subscription, but allows listening to previously recorded conversations. UNLIMITED ACCESS MEMBERSHIP SUBSCRIPTION • You can subscribe for unlimited access to all features within Call Recorder. • Subscriptions are billed weekly, monthly, quarterly or annually at the rate selected depending on the subscription plan. • Payment will be charged to iTunes Account at confirmation of purchase • Subscription automatically renews unless auto-renew is turned off at least 24-hours before the end of the current period • Account will be charged for renewal within 24-hours prior to the end of the current period. The cost depends on the selected plan • Subscriptions may be managed by the user and auto-renewal may be turned off by going to the user's Account Settings after purchase • Any unused portion of the free trial will be forfeited when the user purchases a subscription By using Call Recorder, you are agreeing to our Privacy Policy and Terms of Use: http://bpmob.com/callrecorderfree/privacy/ http://bpmob.com/callrecorderfree/terms/ 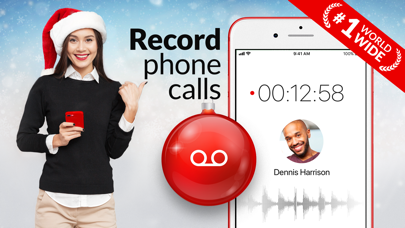 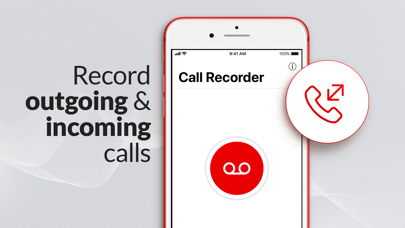 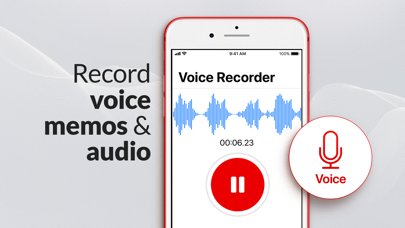 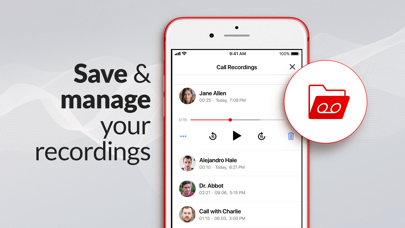 This APP charging you even after I cancel this APP EVERY WEEK !! Be careful ! Do Not download this app!
By WH .

My wife and I just downloaded to check it out as said it was free. The app However, automatically gets placed under your Subscriptions and you will be charged $69.99. I have found that one must be very careful as this type of surreptitious and unethical behavior by developers has become common place. I find this very disturbing. You get no notification that you are going to be charged and no notifications that you had made a subscription even. Only recently has Apple began sending out email notifications that you will or already have been charged on such a such date after the free period is over. But the email reads as if you’ve already been charged the $69.99 and it will automatically charge you again the following year unless you cancel by July 1, 2020. Again this notification was sent by Apple and nothing from the developer. This type of unethical practice I have seen numerous times and I will have nothing to do with any app that has a subscription now. And cheers to Apple for notifying me in advance before the three day trial period ended so I was able to delete all payment methods.
By unethical subscription

90% of the time i record there is an annoying crackling noise you can hear by both people on phone!!!
By Bellaslala

It does not work on my iPhone

The voice app I have to download this was itA waste of money
By king Paul "love".

Don’t just try it out

Company kept billing me 3 times in November even after I asked them to stop and deleted the app
By Mr. False Name Obviously

Charged a $70 subscription fee 2 days later!! Had no idea, and have come back to see where I may of missed seeing this charge, still don’t see it. SCAM
By Lisaannlisaannlisaann

Very useful but expensive 😄
By @1i