The Bloons have invaded the Land of Ooo and it’s up to Finn, Jake and the monkeys to stop them! Bloons Adventure Time TD is an awesome crossover between the award-winning animated series Adventure Time and the #1 Tower Defense game, Bloons TD!   GET YOUR HERO ON! *Pop Bloons as your favorite Adventure Time characters like Finn, Jake, Princess Bubblegum, Marceline and more! *Recruit brand-new monkey heroes like Captain Cassie, C4 Charlie, and Sai the Shadow! A NEW ADVENTURE! *Play your way through over 15 adventures and 50 maps! *Original story featuring the voice cast of the animated series! MAKE THE BLOONS GO BOOM! *Equip your heroes with 200+ weapons and items from Adventure Time and Bloons TD history! *Build your defenses with over 50 allies including fan favorites BMO, The COBRA, and Lumpy Space Princess! *Unleash over 30 awesome, Bloon-shredding powers! ----------- Ninja Kiwi Notes: Please review our Terms of Service and Privacy Policy. You will be prompted in-game to accept these terms in order to cloud save and protect your game progress: https://ninjakiwi.com/terms https://ninjakiwi.com/privacy_policy Bloons Adventure Time TD is free to play but contains some in-game items that can be purchased with real money. You can disable in-app purchases in your devices settings, or reach us at support@ninjakiwi.com for help. Your purchases fund the development of updates and new games, and we sincerely appreciate every vote of support you give us through your purchases. Ninja Kiwi Community: We love hearing from our players, so please get in touch with any feedback, positive or negative, at support@ninjakiwi.com. If it's stuff you want the whole community to see and talk about and you are old enough to have an account on these services, then join us on Facebook, Twitter, and Instagram: https://www.facebook.com/ninjakiwigames/ https://twitter.com/ninjakiwigames https://www.instagram.com/realninjakiwi/ Streamers and Video Creators: Ninja Kiwi is actively promoting channel creators on YouTube and Twitch. If you are old enough to have an account on these services and not already working with us, keep making videos and tell us about your channel at youtube@ninjakiwi.com. 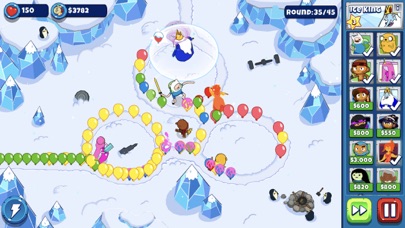 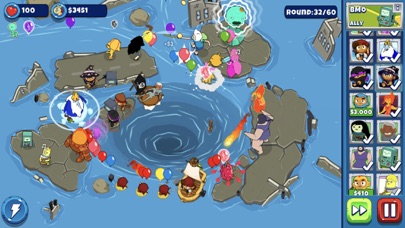 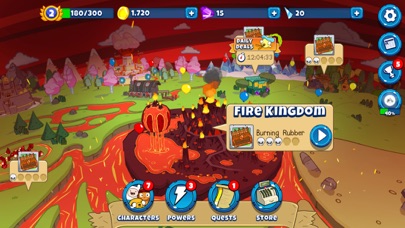 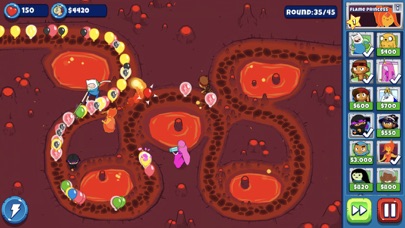 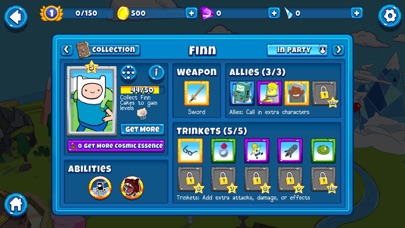 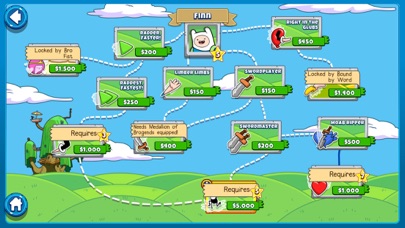 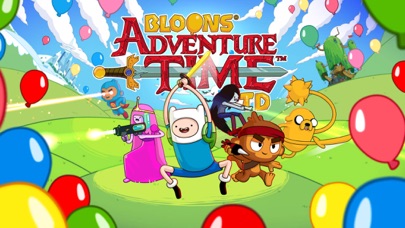 Great but many issues with trinkets and treasures

I win treasure chests while playing with a trinket that allows treasure chests to be won after defeating moabs. Also when choosing a weapon out of an epic chest I decided to buy a trinket with diamonds but once I went to check my inventory I didn’t receive the weapon I chose but I did receive the trinket I purchased. There’s small bugs to fix that I hope they can get working on as soon as possible. Also one more thing the shell instruments ability doesn’t work.
By dM_RaZoR

You can’t do any other difficulty besides normal without a purchase. They don’t give you enough opportunity’s to pass a level. It’s hard to explain but it’s a cheating a** game. I love adventure time but this is just ridiculous.
By alyssa_anime_followers

Ever since I started watching adventure time it was my favorite show. A show that understood me. I had to see if there were any adventure time games. The only adventure time game I could find was this one. I read some comments, looked through it. And then I finally downloaded it. Ever since I downloaded this app, I wasn’t really a big fan of the BLOONS franchise. Until now. This is now one of my favorite games! When I decided to write this comment, I really didn’t think I had to put in any suggestions. But I started realizing that there aren’t that much levels/maps. So I am writing to you please put more content in the game?!,
By GamerDBZ

Dart monkey made a pun

I get that a game has to have financial support to survive but this game takes every opportunity to extract cash from its users. It’s virtually unplayable without spending money. If you choose not to give into the cash grab, you’ll be old and grey by the time you get a lineup that can really compete in Martian games or any higher level. I don’t mind spending money on a game that gives good value and content to go along with it, but I’m not paying insane prices just to be able to play at a normal level.
By Mw420138

Not sure if this is on google play but this game is amazing I love adventure time and BTD. Ads are optional and that is amazing. Genuinely great game. HIGHLY recommend.
By FreeHugzUwU

The games fun and all but you can get far without buying stuff which is very upsetting for a balloons game.
By twrusch45

Adventure time is one of my favorite shows of all time, and I love to crack down on some tower defense. So when I saw two of my favorite franchises cross over, I downloaded it immediately. Since I am too cheap to really buy any of the money costing games, this was pretty much my only source of bloons besides td battles, and wow it does not disappoint me one bit! This game has fun game style, a good balance of frustration and fun, and awesome game content. I’ve been grinding for hours to get all kinds of epic loot. This game has so much to like and so much fun that I would love for a sequel or at least a new update centering around distant lands or just some new maps. Lets make it happen! But either way, keep up the good work ninja kiwi :)
By Ash-Greninja89

You can’t pass level 5 without in game purchases, the easiest levels with the easiest on the easiest difficulty’s are impossible. Don’t waste your time.
By Swifty444444444